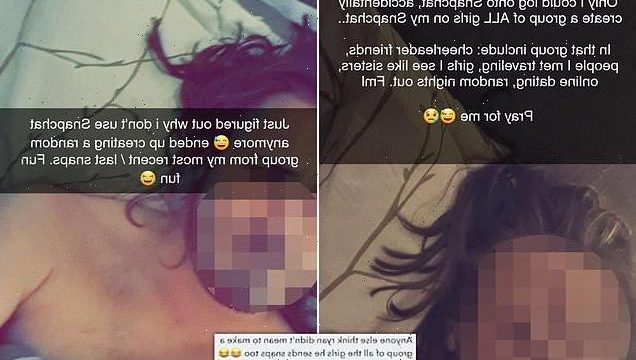 Oops! Man, 29, accidentally creates Snapchat group with SIXTY women after trying to send them a selfie separately – but they see the funny side and make brunch plans together

A man has been left redfaced after accidentally creating a Snapchat group with every woman he has as friends on the app after intending to message them individually.

Ryan, 29 , a teacher from Essex, intended to individually send a picture of a dog licking his face to 60 women separately, but inadvertently created a group with all of them in instead.

After realising what he’d done, Ryan quickly left the group, but the women found it hilarious with one naming it ‘Thirsty b*******” and saying they planned to meet up for brunch.

‘Everything happens for a reason, can’t change it,’ Ryan told FEMAIL.

‘And a couple people messaged me I met travelling saying they reconnected so that’s good,’ he added.

He added that his Snapchat friends are made from mainly people he met at university, on his travels, and dating apps, which is why the chat ended up being such a random mix of people.

Ryan later added a picture to his Snapchat story with the caption: ‘Only I could log in to Snapchat, accidentally create a group of ALL girls on my Snapchat. 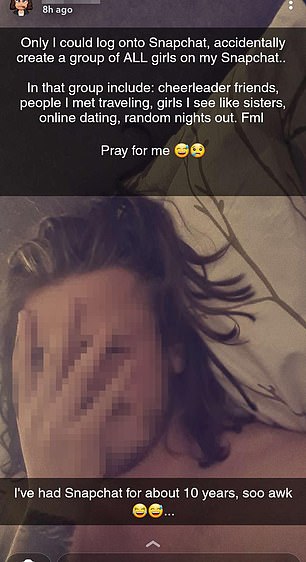 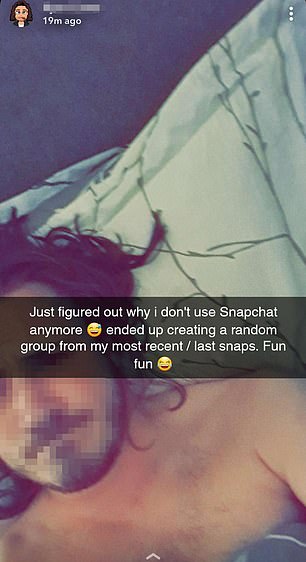 Ryan, 29 , a teacher from Essex, intended to individually send a picture of a dog licking his face to 60 women separately, but inadvertently created a group with all of them in instead.

Oops! Despite some awkwardness the women seemed to find the funny side of the messages

‘In that group includes: cheerleader friends, people I met travelling, girls I see like sisters, online dating, random nights out.

In a second snap he went on: ‘Just figured out why I don’t use Snapchat anymore.

‘Ending up creating a random group with my most recent snaps, fun fun’. 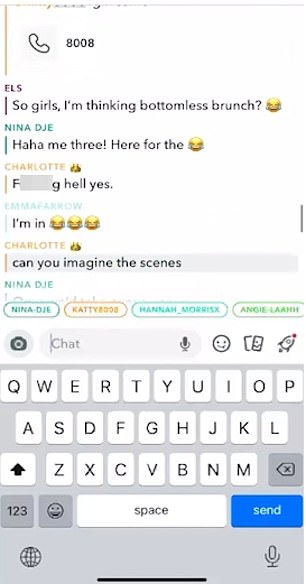 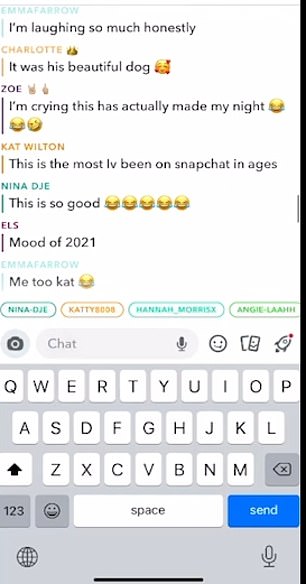 All good fun! The women joked they were going to have brunch together and became friends 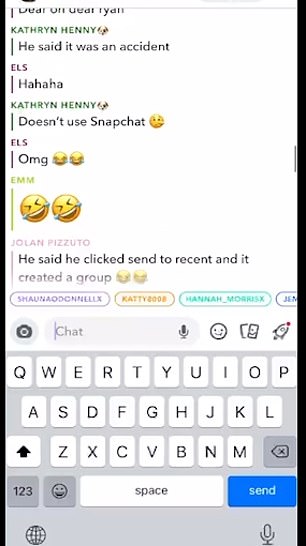 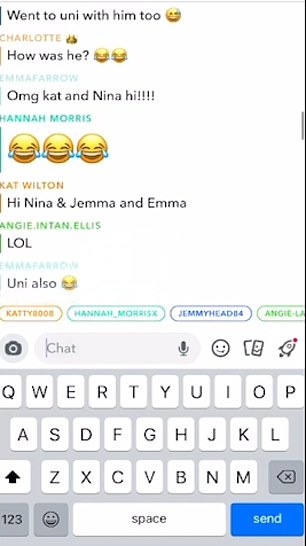 Ryan said  his Snapchat friends are made from mainly people he met at university, on his travels, and dating apps, which is why the chat ended up being such a random mix of people.

Despite some initial awkwardness, the women seemed to find the funny side.

‘What the hell is this,’ said one.

‘Anyone else think Ryan didn’t mean to make a group of all the girls he sends snaps to,’ added another.

‘Nice to meet you all, hope you’re having a blessed day, ‘ wrote a third. 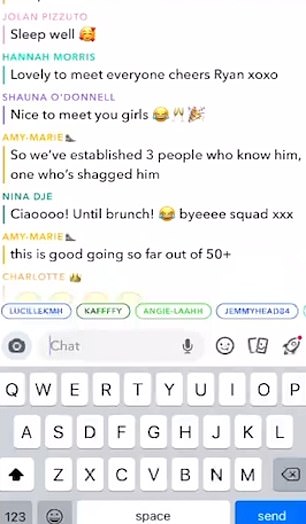 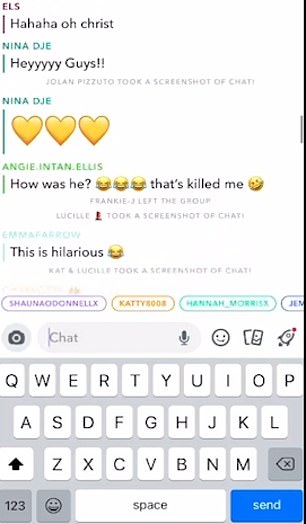 ‘Haha how funny, I don’t even speak to Ryan,’ one wrote.

‘I don’t speak to the boy either, no idea who he is,’ commented another.

Amie-Beth Steadman, one of the women who was added to the group told FEMAIL: ‘Personally, I don’t think he’s a sleazy guy I do think it was a genuine mistake, from the messages no one out of 50+ girls had a bad word to say about him.’

‘I thought it was pretty funny. However, if I was chatting to him, like seeing him, I don’t know how happy I would feel if he was sending snaps to that many women/ girls.

‘It was only him sending a video of his dog, and I never mind seeing videos of animals though! It just goes to show how easy social media mistakes can be and how someone can easily get caught out.

‘He saw the funny side to it and us girls all got a little laugh over it and some people even reconnected. it was all light-hearted fun.’