The “Bloody Valentine” singer revealed via social media on Monday that the two are now parents to a Bengal cat named Whiskey.

“Newest member XX 🔪❤️,” MGK, 31, captioned a TikTok video of he and his fiancée smiling and laughing as he lifted the kitten in the air.

The last picture in the IG carousel adorably featured the “Emo Girl” rocker snuggled in bed with Whiskey, sleeping side by side. 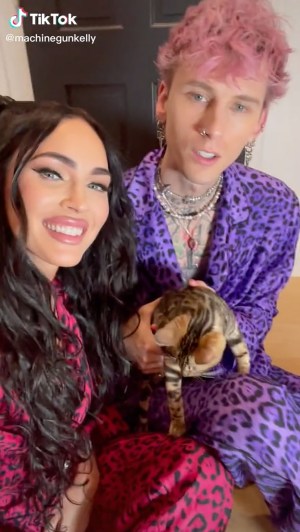 “In July of 2020 we sat under this banyan tree,” the actress wrote in an Instagram post announcing their engagement. “We asked for magic. We were oblivious to the pain we would face together in such a short, frenetic period of time.” 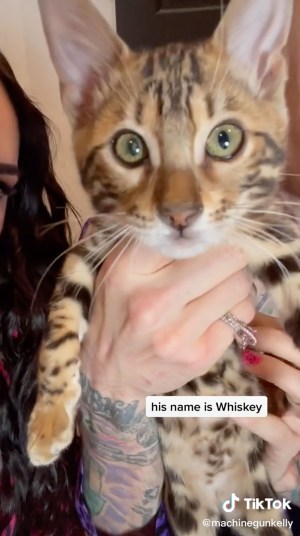 “Somehow a year and a half later, having walked through hell together, and having laughed more than I ever imagined possible, he asked me to marry him,” she continued. 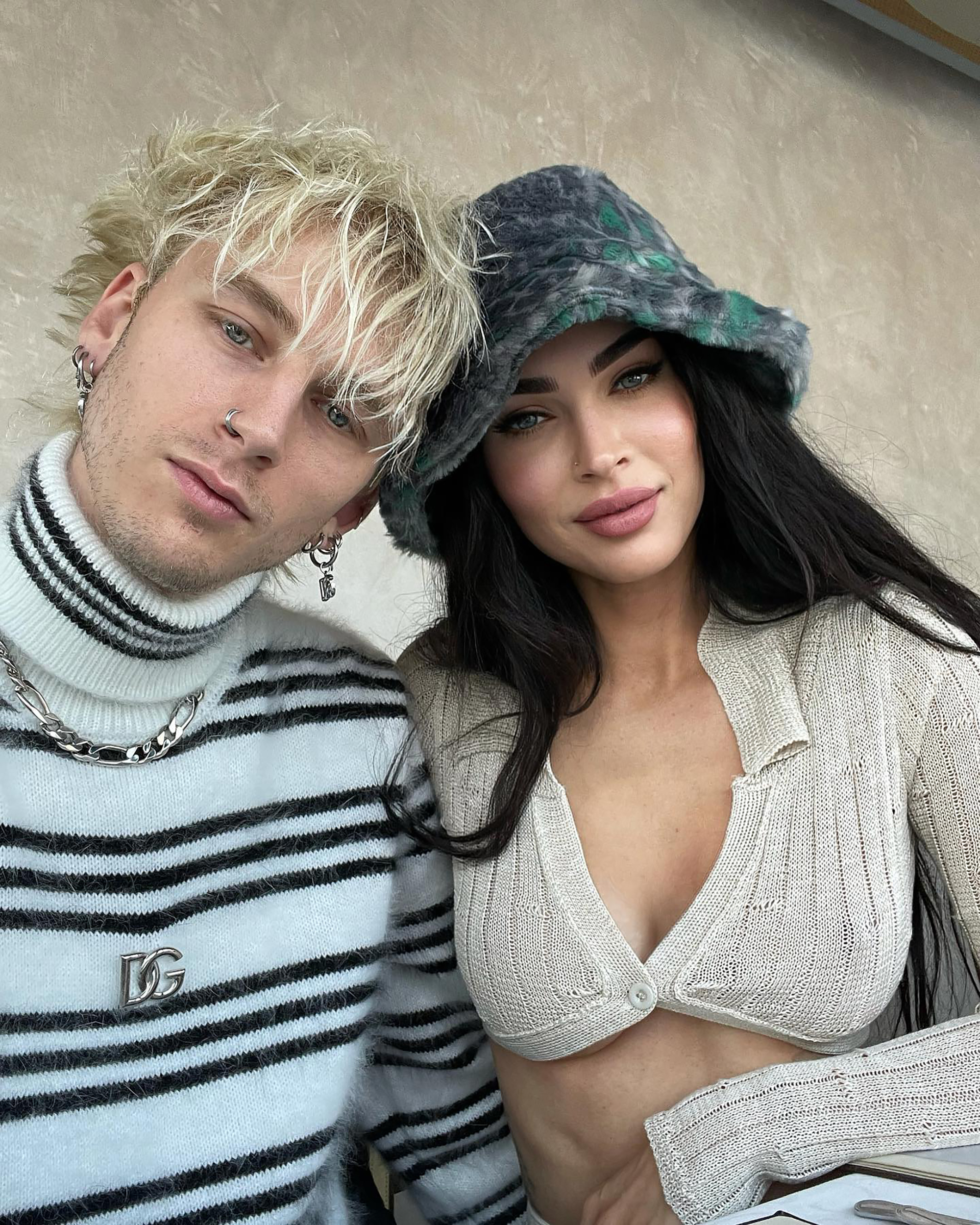 The “Candy” crooner previously told Vogue that the two-stone engagement ring he gave Fox is complete with thorns “so if she tries to take it off, it hurts.”

The pair started dating in July 2020 and have been making headlines with their over-the-top PDA and love rituals ever since. Fox shares three kids – Noah, 9, Bodhi, 8, and Journey, 5 – with ex Brian Austin Green, while MGK has a daughter named Casie from a former relationship.