“We walk into this beach house and everything was ‘Titanic,’ ‘Titanic’ towels, ‘Titanic’ poster, ‘Titanic,’ you know, everywhere.”

Leonardo DiCaprio once had a beach house full of “Titanic” memorabilia, according to celebrity interior designer, Megan Weaver.

While appearing on the latest episode of “Behind the Velvet Rope” podcast, Weaver — who stars on Bravo’s “Flipping Out” — recalled the time she was once invited to stay at DiCaprio’s Malibu beach house, revealing that the actor’s home was decorated with “Titantic” paraphernalia. 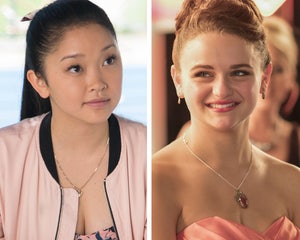 Netflix Reveals To All the Boys and Kissing Booth Franchises to End in 2021, Announces 71-Film Slate

“When I was working for Leo…his mom let me — his mom was so sweet, Irmelin — let me stay at his beach house in Malibu for a weekend,” began Weaver. “I was dating somebody who was living in Canada, having a long distance relationship, and he came to town and they let me have the beach house and I didn’t tell him where we were going.”

“We walked in and we walk into this beach house and everything was ‘Titanic,’ ‘Titanic’ towels, ‘Titanic’ poster, ‘Titanic,’ you know, everywhere,” she continued. “And so he did look at me and he was like, is this Leo’s house? Yes. That’s Leo’s house. So that was, that was pretty amazing.”

“I don’t think that’s something he would do now, but back then… I think the film wasn’t even that it wasn’t that old,” Weaver added. “And it was also not his main house…it was probably his mom who did it, but it was a dead giveaway.”

While the Bravo star noted that the furniture wasn’t “Titantic” related, she said the bed was “the best bed [she’d] ever slept in, in [her] life.”

“I had to like, look at the mattress and see what kind of mattress it was,” she said, before adding more about the house decor. “Everything was very tasteful, but there were like dead giveaways with the ‘Titanic’ towels and robes and the poster of Leo and yeah. So that was pretty fun.”

DiCaprio of course starred in 1997’s “Titanic” opposite Kate Winslet. Decades later, the film — which won 11 Academy Awards — remains one of the highest grossing films of all time.