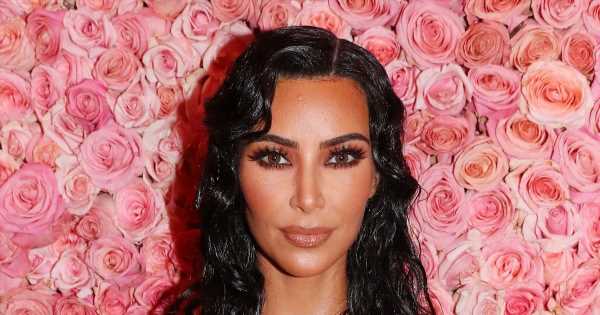 After years as an outsider in the fashion world, Kim Kardashian has cemented her place as a style icon, undergoing numerous transformations and style eras.

Now in her early forties, the star has revealed that she's excited to get started on devising her next era – but admitted in a brand new interview with Vogue that she's unsure and "scared" about deciding what direction to take now she's split from Kanye West.

Kim was previously known for being a socialite alongside the likes of Paris Hilton, spending much of the noughties clad in fitted mini dresses, lots of colour, stiletto heels and Juicy Couture tracksuits.

For all the latest celebrity news – including their style secrets! – sign up to the OK! Daily Newsletter.

But when she hooked up with her now ex-husband in 2014, she swapped out the bling for minimalistic trends with Kanye famously emptying her wardrobe in one episode of Keeping Up With The Kardashians and transforming her closet.

Since then, she’s become one of the biggest style icons in the world and has built up her own fashion empire SKIMS with a little help from ex-husband Kanye.

Speaking in the latest issue of US Vogue – which she's on the cover of – Kim reflected on her fashion evolution and answered the question of what's next with: "Who knows?"

Admitting that without Kanye advising, she's finding style decisions "scary", the mum of four continued: “I always think, what will be next?

"Because I always had Kanye, who knew exactly what the next fashion era would be for me. And there’s something scary about being out there on your own, but also something so liberating.”

"I might just be in Skims and be so comfy and casual and wear no makeup," she added. "And that might be what I feel like representing to the world. Maybe it’s just not that serious.”

Kanye helped land his wife her first US Vogue cover alongside him in April 2014, which Kim, now 41, revealed was a dream come true.

The duo have now gone their separate ways after seven years of marriage, but Kim is continuing to make a splash in the fashion world and was recently announced as the new face of Balenciaga.

The Vogue interview also sees Kim discuss her divorce, explaining that she was determined to choose happiness even though it meant splitting from the All Day hitmaker.

Kim is now dating Pete Davidson after meeting the comedian when she guest-hosted SNL.

We can’t wait to see how her style transforms – whether that’s on her own accord or with influence from new boyfriend Pete.