No pain, no gain? Kim Kardashian isn’t afraid of testing out new procedures in the name of beauty – and her latest target area was her belly.

“This is a game changer!” the Skims founder, 41, wrote via her Instagram Story on Wednesday, August 3, alongside of a photo of her red abdomen after applying the Morpheous laser treatment to her stomach. “I think this is my fave laser but it’s painful lol but worth it!”

Kardashian has been vocal over the years about her willingness to be brave when it comes to skincare and aging. In June, the California native revealed exactly how far she was willing to go to preserve her youth.

“If you told me that I literally had to eat poop every single day and I would look younger, I might,” the KKW Beauty founder said during an interview with The New York Times. “I just might.”

Prior to the bathroom-based confession, Kardashian also made headlines after she revealed that she lost 26 pounds in order to fit into Marilyn Monroe’s iconic “Happy Birthday” dress for the 2022 Met Gala. 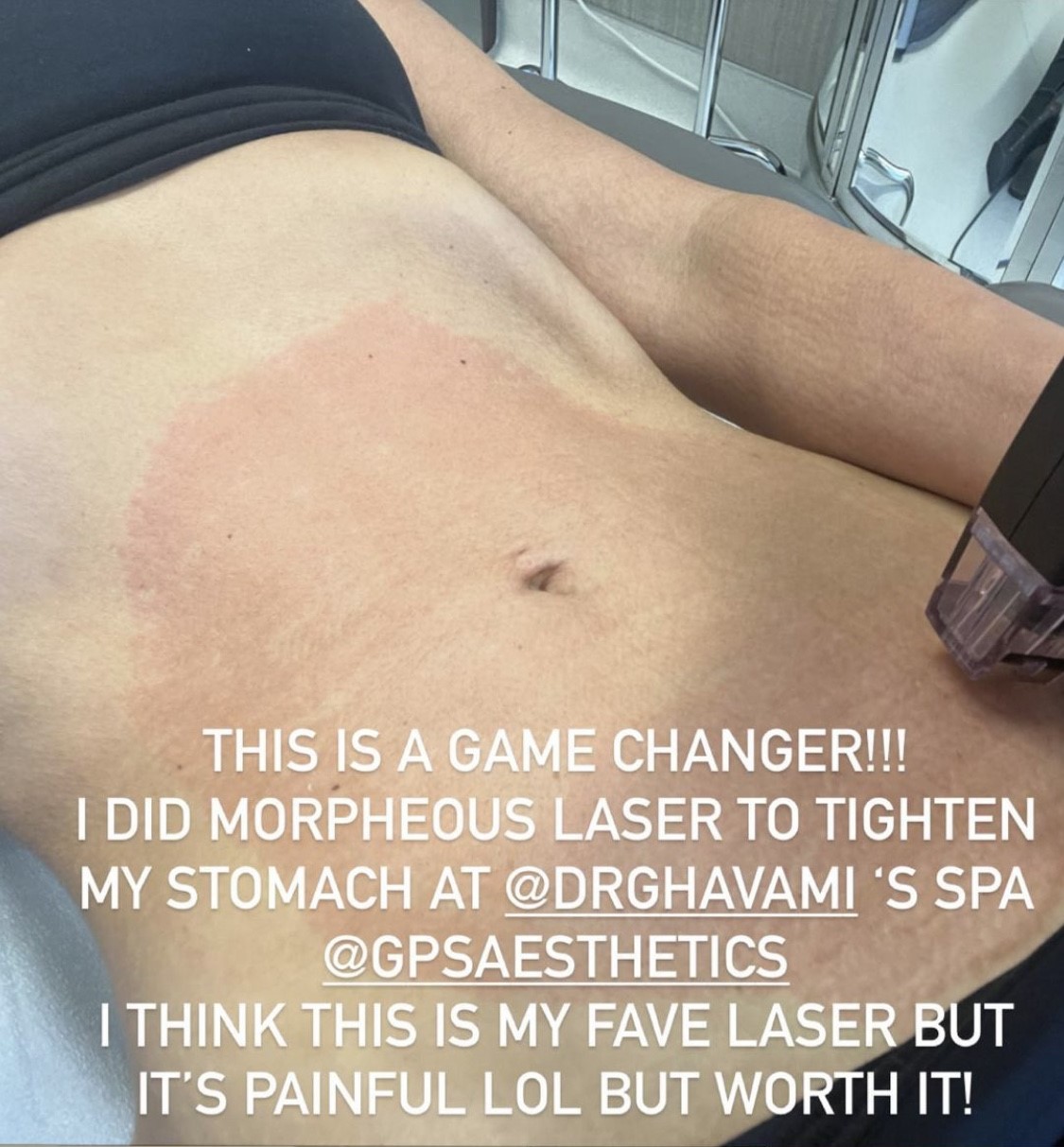 During an interview with Today in June, the Keeping Up With the Kardashians alum revealed to hosts Hoda Kotb and Savannah Guthrie that she’s “continued to eat really healthy,” and is even “down 21 pounds” following New York City’s big fashion event. While Kardashian asserted that she’s not trying to lose “any more weight,” she also said the transformation has been an eye-opening experience for her.

“It taught me a lot about my lifestyle and my health,” she continued. “Since then, afterward, I continued to eat really healthy. I’m down 21 pounds now. I’m not trying to lose any more weight, but I have more energy than ever. I cut out so much sugar, a lot of junk food I was eating … I just completely changed my lifestyle.”

When asked about the backlash she received about losing weight so she could don the Bob Mackie design, the Hulu personality said, “I looked at it like a role, and I really wanted to wear this dress. It was really important to me.”

Despite her insistence that the weight loss was done in a healthy way, the reality star still drew criticism on social media for her claims, including from Lili Reinhart — who has been outspoken about body positivity over the years.

“To walk on a red carpet and do an interview where you say how starving you are … because you haven’t eaten carbs in the last month…all to fit in a f–king dress?” the Riverdale star, 25, wrote via Instagram at the time. “So wrong. So f–ked on 100s of levels.”

The Swimming Lessons author continued: “To openly admit to starving yourself for the sake of the Met Gala. When you know very well that millions of young men and women are looking up to you and listening to your every word. The ignorance is other-worldly disgusting.”

Celebrities Who Admitted They Got Plastic Surgery

While Kardashian never directly addressed the controversy, she did share a cryptic message via her Instagram Story in May, that included the quote, “Be teachable. Be open. You’re not always right.”