NSW Treasurer Matt Kean has taken a public swipe at several publicly listed companies, including Tabcorp and Boral, for poor female representation on their boards, warning they must do better.

As Mr Kean prepares to shape his first budget in June around women, including increasing the number of females in leadership positions across the state, he urged the corporate sector to set and measure gender diversity targets for their boards. 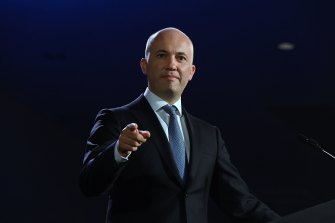 NSW Treasurer Matt Kean has urged corporates to do more about female representation on their boards.Credit:Kate Geraghty

Mr Kean will call for gender diversity targets on boards in an address to key investors in NSW bonds, global infrastructure funds and corporates at a RBC Capital Markets event on Wednesday.

“Women are underrepresented across Australian boardrooms, despite the fact that gender-balanced organisations make bottom-line business sense when it comes to productivity and profitability,” Mr Kean said.

“I’m calling on listed companies to set KPIs, be transparent and take proactive steps to increase female leadership across their organisation.”

Mr Kean said as of November 20 last year women represented just 29 per cent of board members for companies on the ASX All Ordinaries.

“Some of our biggest companies like Boral, Tabcorp, Goodman Group and Premier Investments only have one or two female directors on their boards and they need to do better,” Mr Kean said. 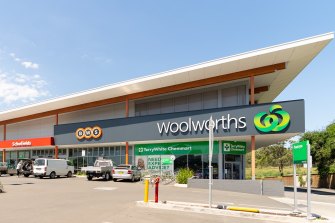 Matt Kean said Woolworths had a balanced board when it came to gender equality.Credit:

“A few of our Australian businesses like Woolworths and Blackmores are leading the way with balanced boards, and it’s time everyone else caught up.”

The boards of Blackmores and Woolworths Group each have a majority of women, while some other boards, such as Nickel Mines and IDP Education Ltd have just one woman each.

In the not-for-profit sector, women’s representation on boards is slightly higher, at 40.4 per cent in 2020, according to Mr Kean.

A spokeswoman for Goodman said “diversity in all its forms, is important to creating a team that understands and can respond to the opportunities and challenges of our global business”.

She said the company is “processing another overseas female board member this year. This will take the number of female independent directors to three out of seven – or 42 per cent.”

A spokesman for Tabcorp said the company had “been proactive in improving the gender balance and creating opportunities for women at all levels of the company”.

“We recognise we must continue to drive this at senior ranks, including at a board level,” the spokesman said, adding that the company was committed having at least 40 per cent women among non-executive directors.

Boral and Premier Investments were also contacted for comment.

“Now is the time for governments, the corporate sector and individuals to invest in women’s economic participation to move the dial on women’s career progression, economics, and influence,” Ms Mostyn said.

“As seen with women’s representation on boards across Australia, targets work. But the data shows we can do significantly better.”

Mr Kean appointed the women’s economic expert panel to help shape the budget, acknowledging that the role of females and the work they do will be key to NSW’s pandemic recovery.

As part of its landmark review, the panel will look at policies to narrow the gender pay gap and make childcare more accessible and affordable.

Mr Kean has already said that if the federal government failed to take the lead on universal affordable and accessible childcare, NSW would step in as it did with climate change.