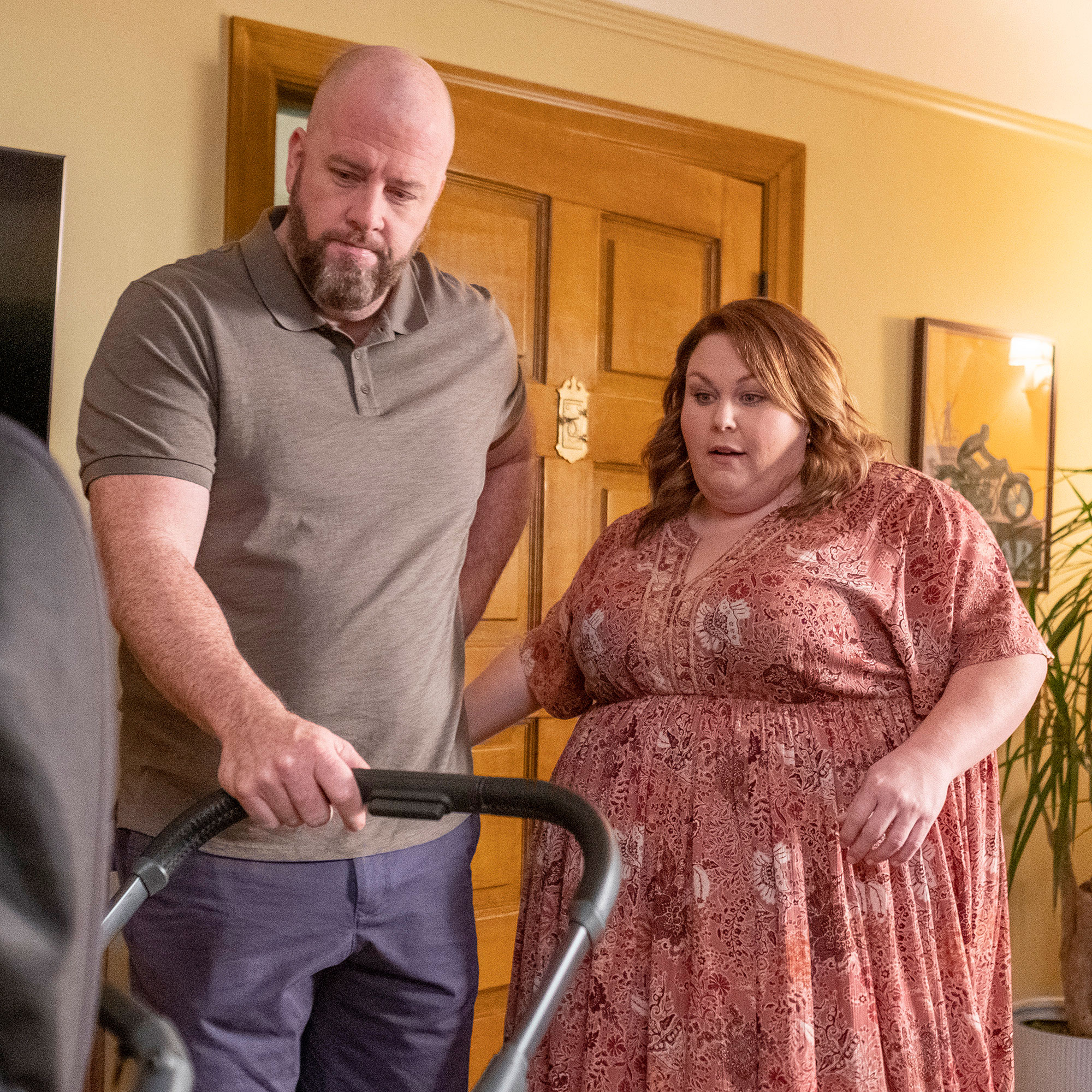 It’s over. Kate (Chrissy Metz) and Toby’s (Chris Sullivan) marriage finally came to an end as questions about her relationship with Phillip (Chris Geere) were answered during the This Is Us 100th episode — titled “Katoby” — which aired on Tuesday, April 12.

Every Question This Is Us’ Final Season Still Needs to Answer

The episode opened with a flash-forward to Kate and Phillip’s impending wedding. No, the two did not walk down the aisle, but before the ceremony started, she received a surprise phone call from now ex-husband, Toby.

“I know you’re getting married in a few hours, congratulations. I just wanted to say, Kate, you know what you said to me the day we signed our divorce papers,” he shared. “I want you to know that I see it now. I’m sorry it took me so long. If only I’d had a crystal ball. If I could have seen the way this all ended up.”

Kate visibly had tears in her eyes as the show cut back to the present, where Kate was tucking Jack into bed after his hospital visit from the previous episode. At that point, Toby told Kate that he would quit his job in San Francisco to “save our family” and agreed to couples therapy. 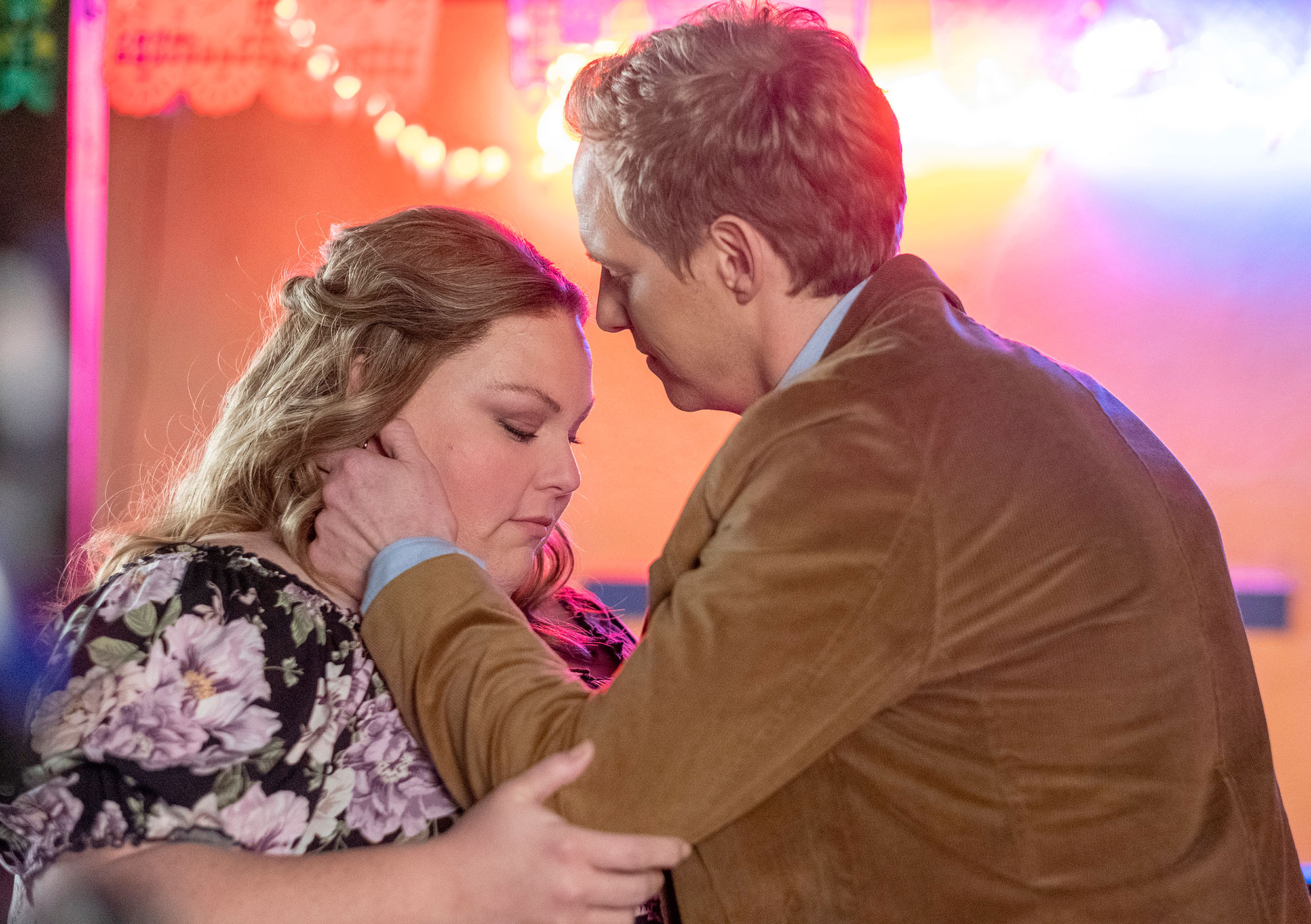 “Whatever it takes,” the pair said at the time.

At first, it appeared that their time in therapy was working. But six months into their sessions, the fighting returned. Toby ended up taking shots at Kate’s teaching job in front of the family while they celebrated their daughter Hailey’s birthday.

Kevin (Justin Hartley) found Kate crying in her bedroom after she left the family gathering. He attempted to comfort her, but she asked, “How do I know when it’s time to end a marriage?”

The episode then cut to Kate and Toby’s 16-month mark in therapy. Their therapist suggested having dinner together, just the two of them, so they could talk. During the meal, they start yelling at each other about parenting their kids.

“I am miserable because you are in the room,” Toby declared, claiming that Kate is unhappy because he’s nothing like her father, Jack Pearson (Milo Ventimiglia).

“It’s over Toby. It’s time,” Kate told him. The two began their divorce proceedings. Toby told Kate, “This cannot be the way that our story ends.”

As Toby and Kate’s marriage completely fell apart, her relationship with Phillip took hold. It was revealed that things between them started to get romantic, coincidentally, the same day that Kate and Toby signed their divorce papers.

During their first date, Kate wondered why Phillip would pick her since she’s “messy” and “complicated.” Phillip shared that his ex-wife was killed in a drunk driving accident after they had an argument.

“I am trying to be happy again and you make me happy,” he added before they kissed for the first time.

More flash-forward scenes throughout the episode revealed Kate and Phillip’s engagement, how Kate and Toby learned to coparent Jack and Hailey and that Toby does eventually meet a new romantic partner. One final future scene showed an adult Jack (Blake Stadnik) playing a show with both Kate, Toby and their new significant others present.

“You’re both here,” their son said, mirroring something baby Jack had said earlier in the episode.

Tearful Sendoff! ‘This Is Us’ Cast Gets Emotional About Saying Goodbye

Coming full circle, the 100th episode ended with a reveal of what Kate told Toby on the day they signed their divorce papers.