The Yeezy designer shared two photos on Instagram Wednesday of his estranged wife wearing her headline-making Balenciaga ensemble, showing his support for her bold choice. He didn’t caption the photo, instead letting the photos do the talking for him.

Oddly enough, he once again is not following Kim on the social medium.

While many fans speculated that West, 44, was the masked “Keeping Up With the Kardashian” star’s date to the annual soiree, Page Six confirmed it was actually Balenciaga’s creative director, Demna Gvasalia.

A very private person, Gvasalia had his first Met Gala experience on Monday.

“He doesn’t even walk out at the end of his shows,” our source exclusively told us. “So it’s a really big deal that he is here at the Met and walking with Kim.”

It’s no surprise the “Donda” rapper is supporting the KKW Beauty founder’s look — he was the person behind Gvasalia and Kim’s introduction.

“Kanye gave her the courage to push creativity and people’s imagination through art,” an insider told Page Six. “It’s the ultimate confidence.” 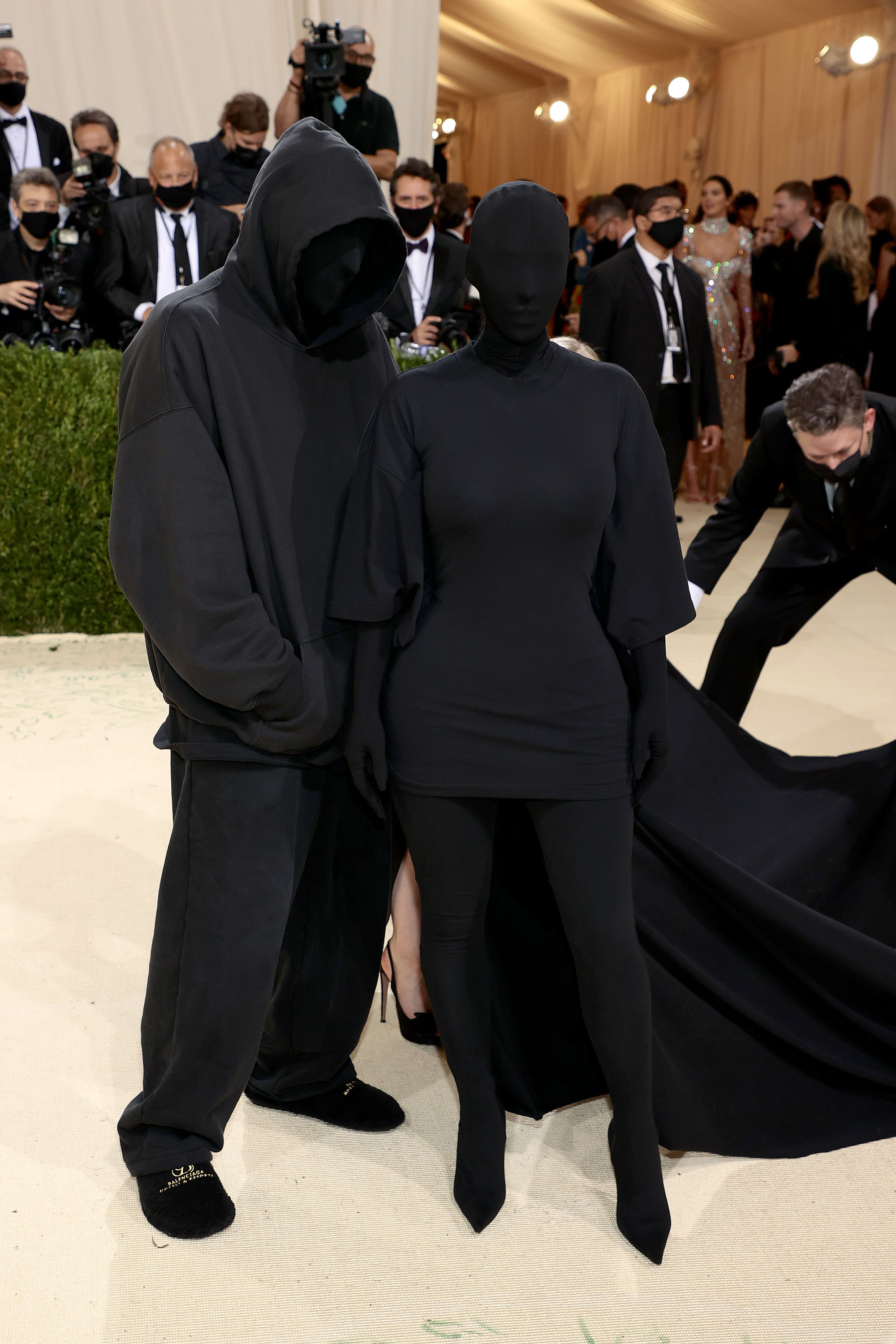 Although many were baffled by Kim’s concealed look, the Skims founder, 40, later explained why it was apropos of the American theme.

“What’s more American than a T-shirt head to toe?!” she wrote on Instagram.

Kardashian has been wearing similar ensembles as of late while she supported West’s release for his latest album, “Donda.”

She filed for divorce from the Grammy winner in February. They share kids North, 8, Saint, 5, Chicago, 3, and Psalm, 2.