The “Uncut Gems” star and Yeezy fashion designer have ended their open relationship after about six weeks of dating.

“Julia and Kanye remain good friends and collaborators,” her rep said in a statement to Page Six, “but they are no longer together.”

The split comes after West, 44, spent Super Bowl Sunday on a social media tirade in which he shared that he had cut Kid Cudi from his new album and bashed Pete Davidson, who is dating estranged wife Kim Kardashian, for being a “d–khead.”

“LOOK AT THIS D–KHEAD,” West captioned a paparazzi photo of Davidson and Kardashian taken last month. “I WONDER IF INSTAGRAM GONNA SHUT DOWN MY PAGE FOR DISSING HILARY CLINTON’S EX BOYFRIEND.”

Neither Davidson, 28, nor Kardashian, 41, has addressed West’s diatribes. The “All of the Lights” rapper took a break from posting during the big game, which he attended with his daughter North and son Saint. 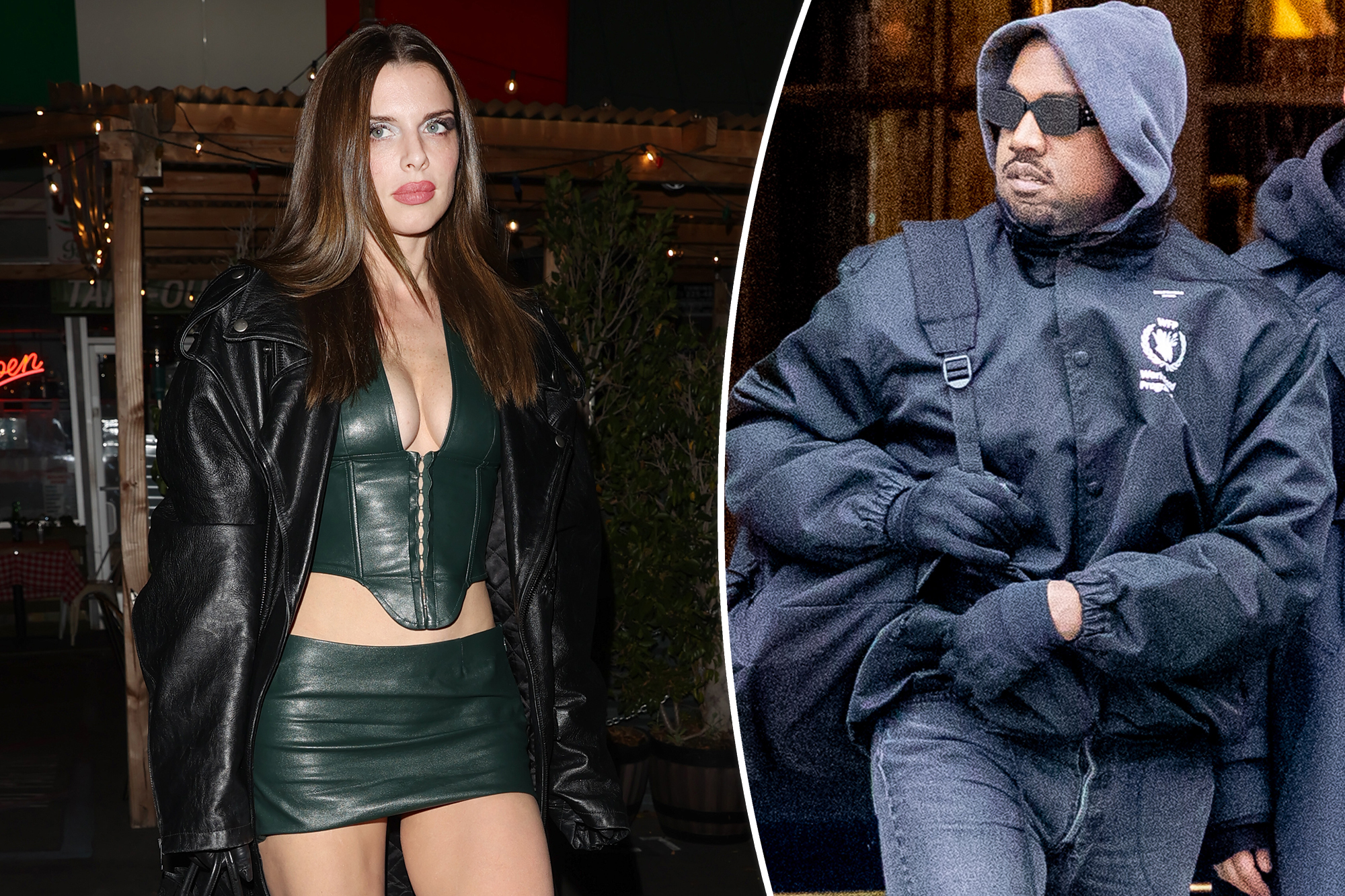 Sadly, the kids didn’t seem to be too thrilled.

“Do we got good seats, Northie?” West asked his daughter, who remained silent.

He then asked his son, “Saint, these good seats?” Again, no answer. 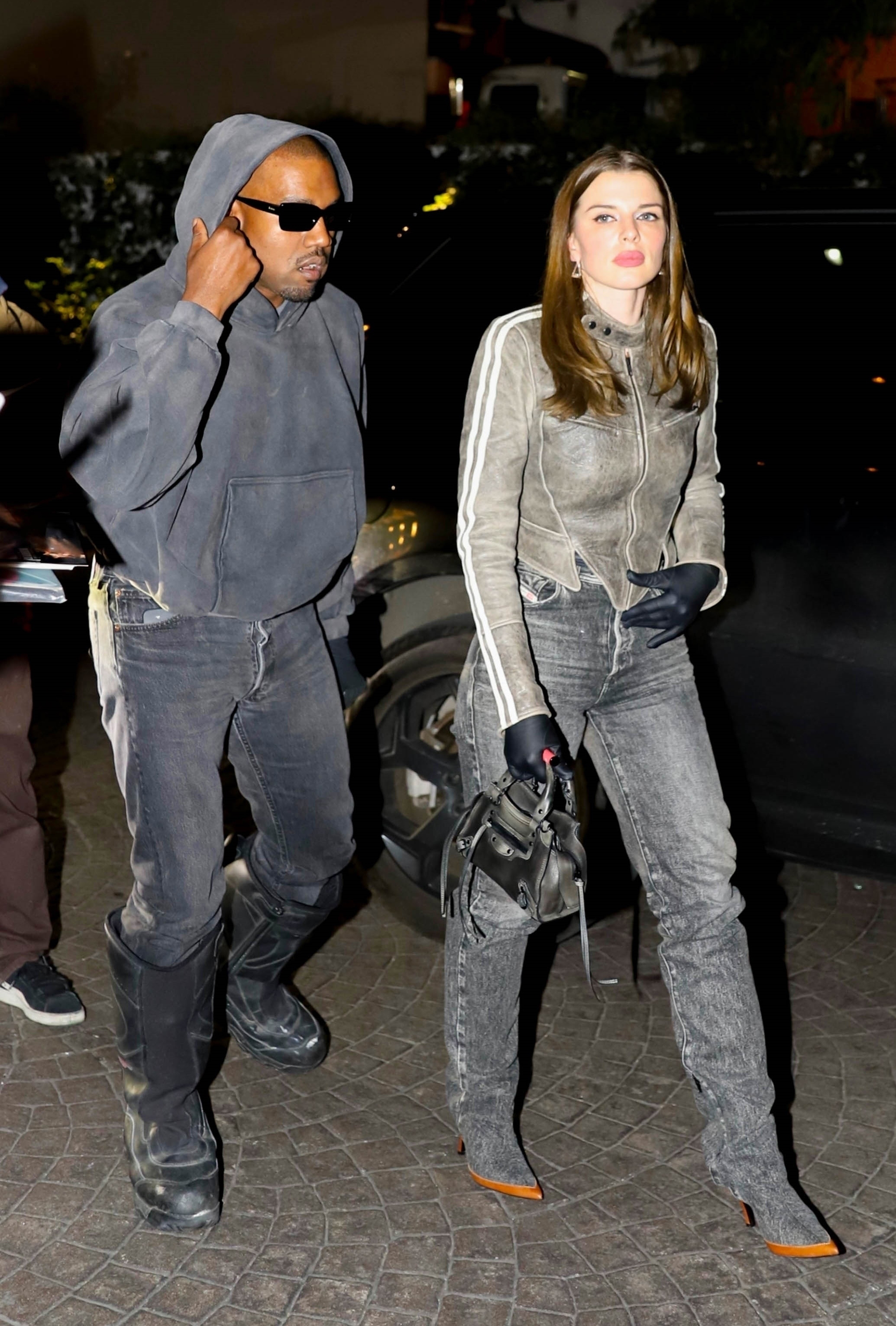 Meanwhile, the Skims founder and “Saturday Night Live” star took their unfazed selves to dinner at hotspot Lilia in Brooklyn ahead of Valentine’s Day.

The “King of Staten Island” star was seen opening the car door for his girlfriend before the couple made their way over to one of the eatery’s private outdoor dining huts.

Davidson was dressed casually in wide-legged jeans and a flannel layered with a suede bomber jacket, though he did elevate his ensemble with Prada sunglasses.