Her side of the story. Kaitlyn Bristowe spoke out for the first time about not returning to host The Bachelorette for season 19.

“I guess — spoiler alert — I’m not coming back,” the Dancing With the Stars winner, 36, said during the Tuesday, March 22, episode of her “Off the Vine” podcast. “I saw at the end of the finale Jesse [Palmer] was announcing the two Bachelorettes, and he said he was going to be by their side for that.”

“I think Jesse’s amazing,” Bristowe added, noting that she’d gotten a “lot of questions” from fans about whether she and Tayshia Adams would return. “He’ll be a great host, and I hope he helps Gabby and Rachel in any way that he can.”

Not Just Chris Harrison! Bachelor Nation Hosts Through the Years

The Dew Edit cofounder and the season 16 Bachelorette, 31, filled in as guest hosts after Chris Harrison stepped down from the franchise in March 2021. The duo initially handled hosting duties for Katie Thurston‘s season of The Bachelorette, which premiered three months later. 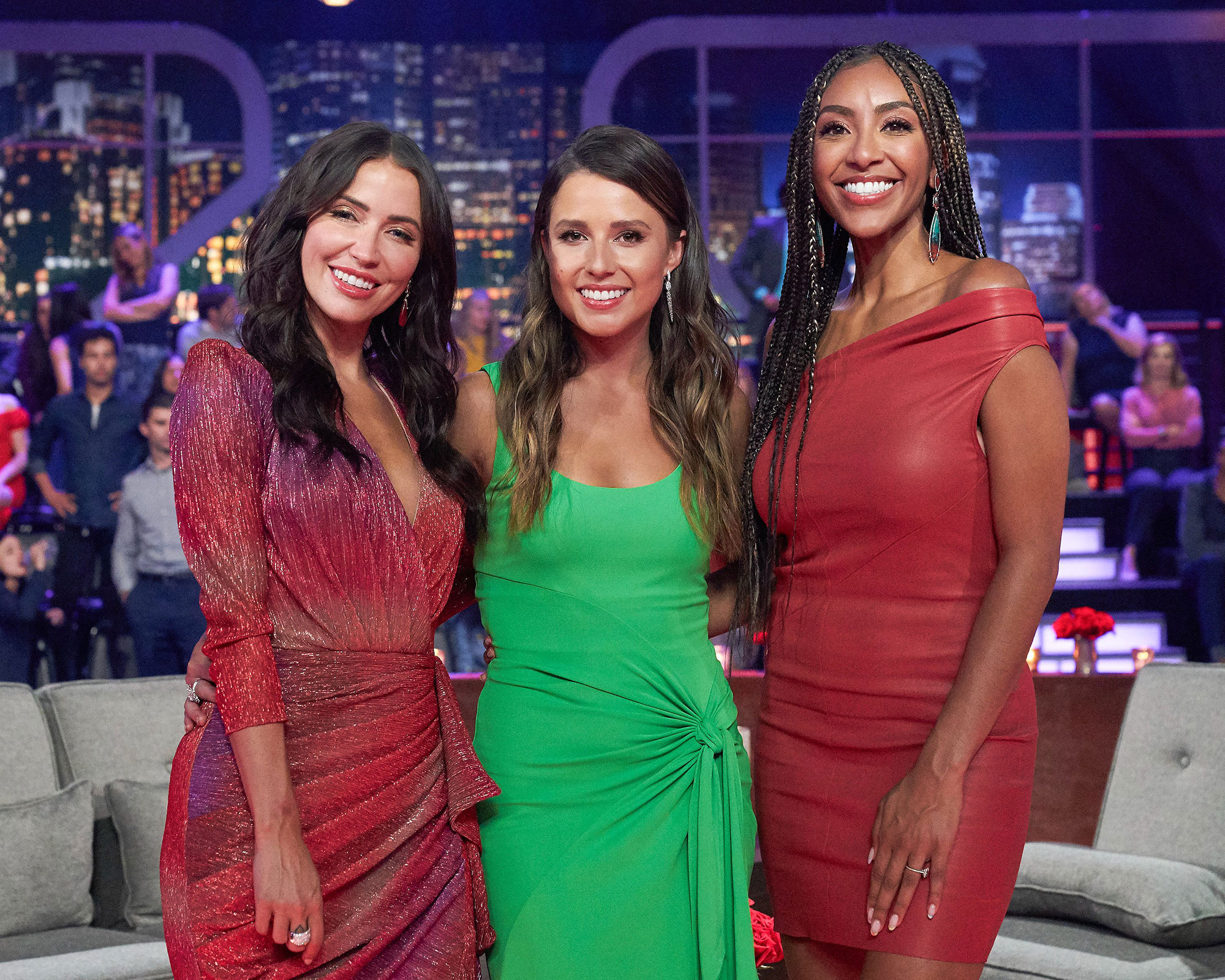 After Harrison, 50, permanently exited the show in June 2021, ABC announced that Bristowe and Adams would also host Michelle Young‘s season, which premiered in August of that year. The network announced in September 2021 that Palmer would host season 26 of The Bachelor, but until the finale on March 15, it wasn’t clear if he would also host The Bachelorette.

“I want to support Gabby and Rachel and be there for them so bad,” Bristowe continued on her podcast. “I think it makes sense to have a woman being there for them. … I will be sad.”

The Spade & Sparrows cofounder went on to say that she’s looking at her absence from the show as a “blessing in disguise” because it will give her more time to plan her upcoming nuptials with fiancé Jason Tartick.

Season 19 of ‘The Bachelorette’: Everything We Know

“I also do want to prioritize being at home with Jason and the [dogs] and start planning my wedding and catch up on my businesses,” she said. “There’s a lot of exciting things coming up in the next few months, and it all just feels very overwhelming. But I guess it’s that saying, like, ‘You can have it all, but you can’t have it all at once.’”

Though Bristowe and Adams won’t be back for season 19, an insider exclusively told Us Weekly that they were involved in discussions about who would host the show. “The doors aren’t closed for good,” the source added. “Never say never.”