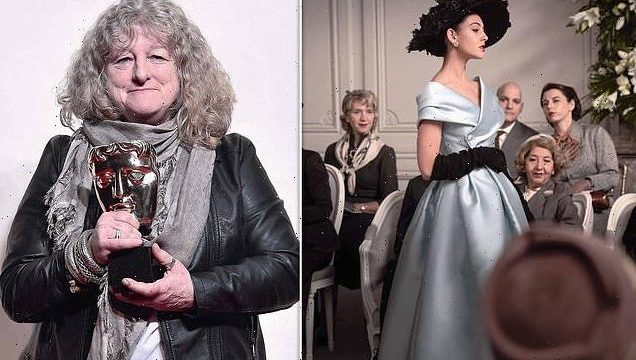 The woman who took a new look at Dior: Award-winning costumier JENNY BEAVAN faced her toughest challenge for her new film: to re-create 20 outfits for an iconic 1950s Paris fashion show. She tells Joanne Hegarty how she managed it

Jenny Beavan does not enjoy dressing up. In fact, she absolutely detests it.

‘I’m short, I’m fat, I’m old,’ she says with brutal frankness. ‘I have no interest whatsoever in getting dressed up. I have never had a good body shape and I have always been on the chunky side. I blame my Welsh father – tall and stocky as many Welsh people are.’

The reason this statement is rather surprising is that Beavan is famous for beautiful clothes. As a British costume designer with three Oscars, 11 Oscar nominations and four Baftas, she has dressed an army of Hollywood stars from Angelina Jolie to Charlize Theron.

You may remember Beavan’s name in connection with a controversy at the 2016 Baftas. It all started when she walked on stage to accept her award for Mad Max: Fury Road wearing a biker-style jacket and a scarf. 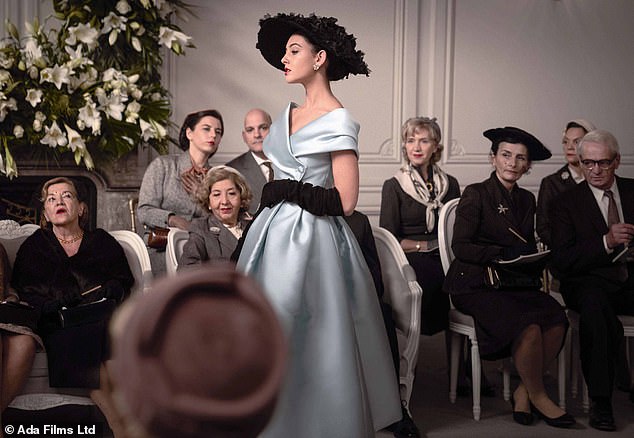 One of Henny’s designs for the salon show in Mrs Harris Goes to Paris. It the story of Ada Harris, a cleaning lady working in 1950s London, who falls in love with a Dior dress

The outfit was her homage to director George Miller’s apocalyptic production. But some in the glitzy audience failed to get the reference and refused to applaud her win. Her close friend Stephen Fry, who was hosting the awards, joked that she looked like a ‘bag lady’. Cue a Twitter storm and Fry deleting his account – but not before defending his joke in a series of angry updates. ‘Will all you sanctimonious f*****s f*** the f*** off’, he tweeted. ‘Jenny Beavan is a friend and joshing is legitimate.’

‘It was a long time ago and Stephen did me a sort of favour by making me hero of the moment,’ Beavan says. ‘I didn’t hear it because I was backstage by then. It was other people who were bothered. But it’s all fine – I adore Stephen and we are friends.’

Fast-forward to today and Beavan (incidentally, wearing a £4.99 black top from H&M) is telling me about her latest film, which threw up a different kind of battle. Mrs Harris Goes to Paris (starring Lesley Manville) tells the story of Ada Harris, a cleaning lady working in 1950s London, who falls in love with a Dior dress belonging to a wealthy client and becomes determined to travel to Paris to buy one of her own.

Beavan and her small team didn’t have a huge budget to play with – and things got even tougher after a colossal misunderstanding with the illustrious French design house.

When she was first approached about the job, Beavan had been assured by the movie’s executives that if she wanted Dior to make anything for the Madame Colbert character – who wears the knockout gown Mrs Harris falls for – ‘they would love to do it.’ But those assurances turned out to be way off the mark.

‘I said [to Dior]: ‘This is fantastic and it is so wonderful that you are going to be doing the clothes for the movie’, [but] they all looked absolutely horror-struck. They all said, ‘Non’. And I realised they had never been in that position because the way they make dresses takes months and is hugely expensive.’

Yet miraculously Beavan and her talented team pulled it off – re-creating 20 garments for the film’s Dior runway show, including a stunning bright-yellow one with a 1920s flapper feel to it. 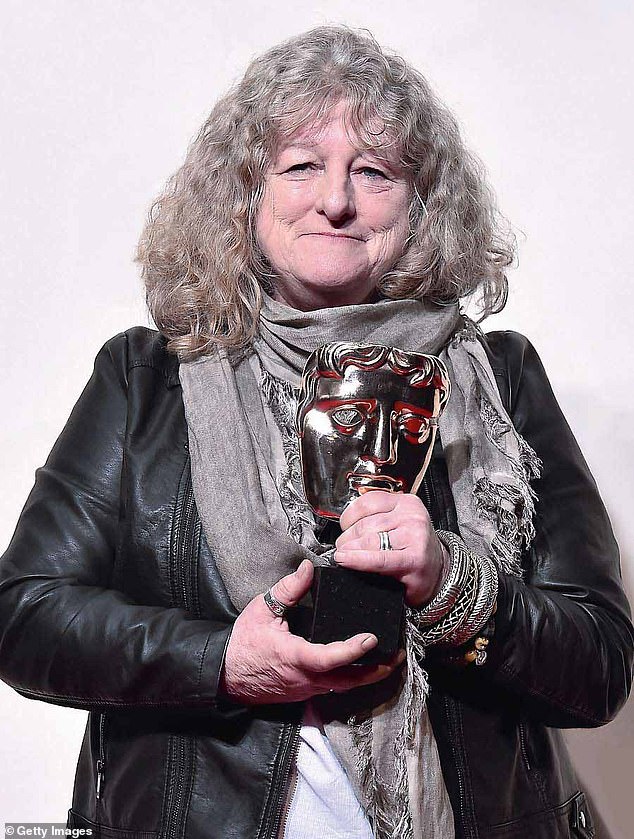 You may remember Beavan’s name in connection with a controversy at the 2016 Baftas. It all started when she walked on stage to accept her award for Mad Max: Fury Road wearing a biker-style jacket and a scarf

Cruella I loved the rat costume of the dog Wink. It was hilarious. I loved the dresses too but that was my favourite.

Gosford Park Mabel’s green dress – the one that prompts Maggie Smith’s character to say, ‘Mabel is so clever to pack light.’

Sense and Sensibility The 1790s, just before the turn of the century, are fascinating. What Emma Thompson, Kate Winslet and Gemma Jones wore in that was wonderful.

Mad Max: Fury Road I loved working on the character of the Organic Mechanic. The things you create for Mad Max are so disgusting, but so fun and out there.

A Cure For Wellness This had a weirdly cool and terrifying look. The dress that everyone associates with this movie is see-through, and we tried many versions to get that exact shot underwater.

‘In the end, [the team at] Dior were very helpful. A lovely woman called Justine came to Budapest [where the clothes were made] to ensure we were doing it right. I tried to honour them by ensuring what we made looked as Dior as possible. We came up with three originals; the other dresses were copies and five pieces were lent to us by Dior.’ These Dior loans were not originals, Beavan points out, but were what Dior call their ‘heritage collection’ – remade from the originals.

With a career spanning more than 40 years, Beavan admits she recently had to look herself up on IMDB to remind herself what she’s worked on. One favourite memory is working on Mad Max in 2012 in Namibia with Charlize Theron.

‘My wonderful maker Jane Law came over with the costume and it had to involve a corset, because that corset had to take a harness and the weight of a false arm that Charlize wears in the film. Jane put the corset on Charlize and she said, ‘Ooh, this is so comfortable.’

‘I went into one of my terrible English gushing modes: ‘Oh, we love making corsets and so forth.’

‘And she looked at me and joked: ‘Just take the compliment, b***h!’

As someone with no interest in fashion – and who prefers shopping for ceramics to clothes – where did Beavan’s love of costumes come from?

‘Originally I wanted to design sets for theatre, and that’s where I started – opera, ballet and theatre. Then a friend introduced me to [the film production company] Merchant Ivory and there I was, looking after an actress, doing lots of things including her costumes, and they assumed I was a costume designer. I simply became part of the Merchant Ivory family as a costume designer. It all happened without me instigating it. But I grew to thoroughly enjoy the process of telling stories through clothes.’

At 72, Beavan thought the curtains would fall on her distinguished career when Covid rocked the industry. She was warned at the time that, because of her age, film companies wouldn’t hire her because she was too much of an insurance risk. But, thankfully for British filmmaking, that never happened. Since then she hasn’t stopped working.

‘I’ve been so lucky to have been offered amazing jobs from amazing directors. I imagine there will come a time when I will have to slow down because I am not seeing enough of my friends and family, but I still really love the challenge of it all and I still get that adrenaline rush.’

Mrs Harris Goes to Paris is in cinemas now