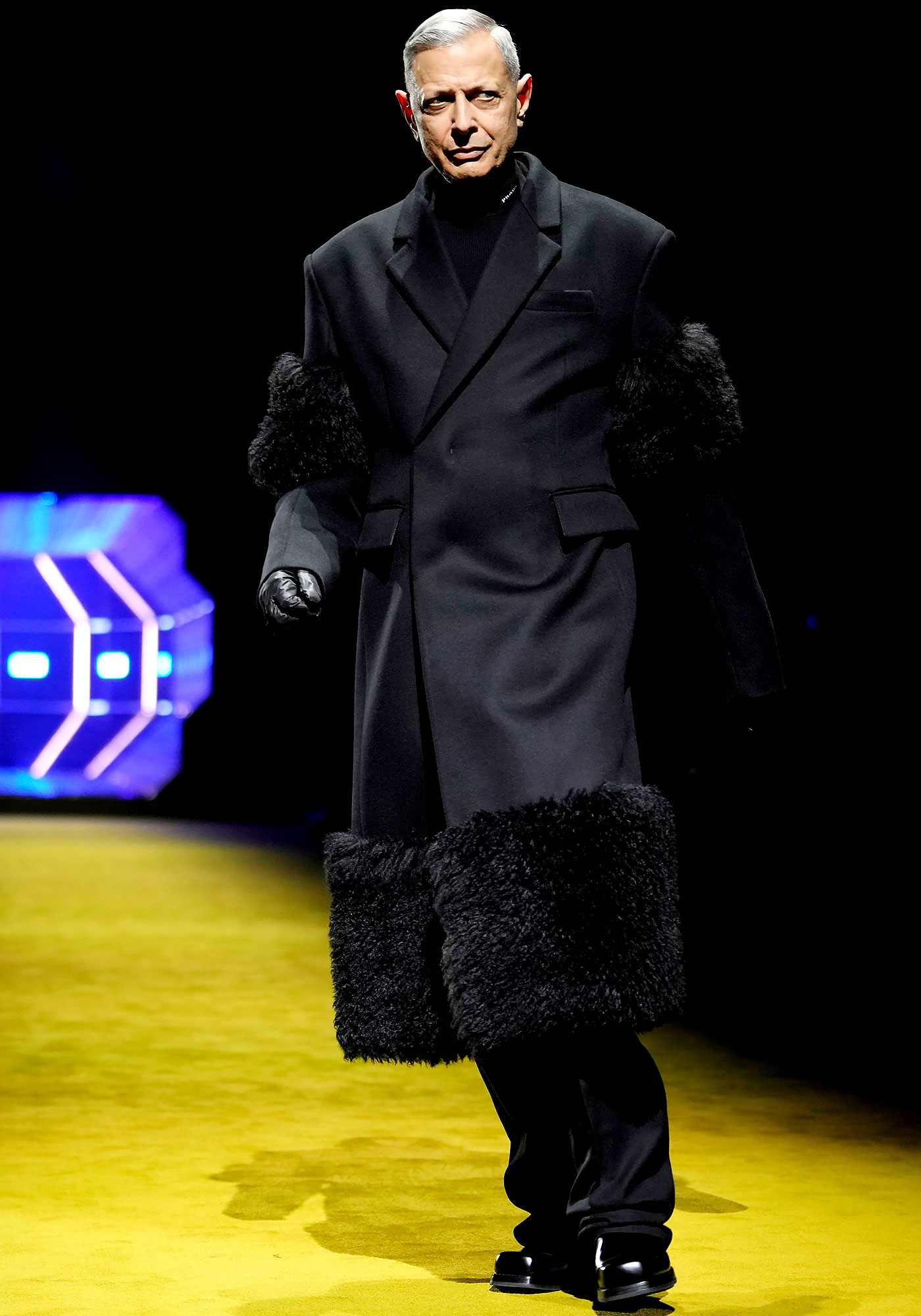 A stylish side hustle! Actors Jeff Goldblum and Kyle MacLachlan took their talents to the runway, strutting their stuff down the catwalk for the Prada fashion show in Milan on Sunday, January 16.

Eva! Teri! Felicity! ‘Desperate Housewives’ Cast: Where Are They Now?

The 62-year-old Sex and the City actor and 69-year-old Independence Day star sent fans wild when they hit the runway. After all, their walk and pose game is seriously strong.

Goldblum was tasked with opening the show. With a straight and serious face, he walked down the yellow path in silky blue underpinnings and a navy peacoat. MacLachlan, for his part, closed the show in an all-black ensemble with faux fur trimming.

The actors’ pivot to the fashion space took Twitter by storm, with fans obsessing over their newly found model status. 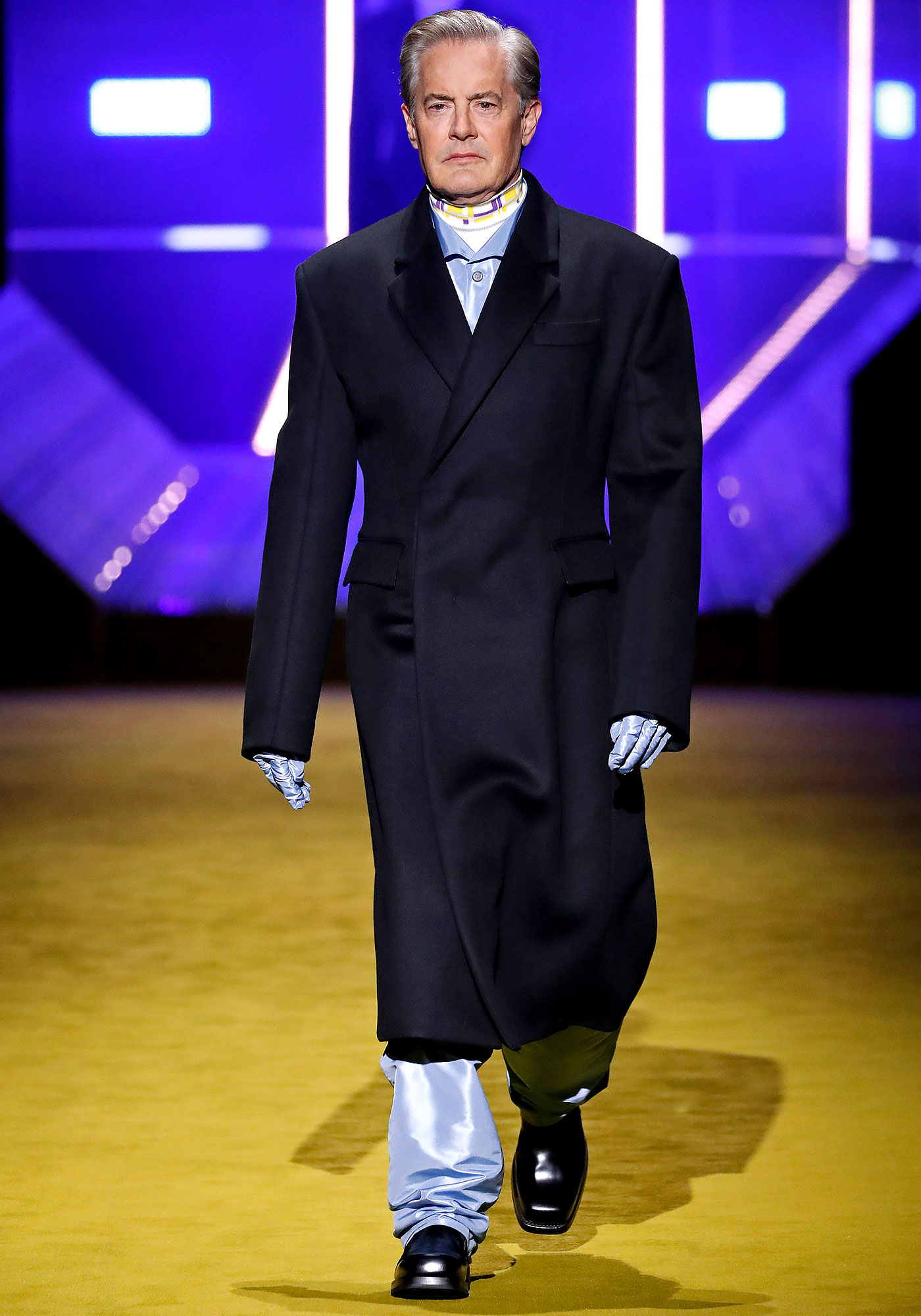 The same sentiment was found on social media for the Twin Peaks actor. “Kyle MacLachlan opening the Prada menswear show is what I needed today,” someone tweeted, while another added, “Kyle MacLachlan fur Prada. That’s it, that’s the tweet.”

The decision to cast the actors in the runway show wasn’t a ploy to get fans attention. It was a creative decision by co creative directors Miuccia Prada and Raf Simmons.

“Taking theater and cinema as mirrors of reality, for the the Fall Winter 2022 Prada men’s show by Miuccia Prada and Raf Simons, the Deposito of the Fondazione Prada is reimagined by AMO as a stage for action, a representation of a heightened actuality. Actors are interpreters of reality, employed to echo truth through their portrayals,” they explained in the show notes.

The chance to take on Milan fashion week wasn’t lost on the stars, as they took to social media to share their gratitude. “Thank you Raf Simons! What an honor to open the @prada #FW22 Menswear Show for #MilanoFashionWeek,” the Atlantic Crossing star captioned a tweet.

Celebs Pop in Prada’s Fun Frocks on the Red Carpet

Goldblum, for his part, is a longtime fan of the brand. He frequently takes to the ‘gram to show off some of his fabulous fits from the brand. In May 2019 for example, he drove his followers wild after sharing a picture of himself clad in short shorts, a printed bomber jacket and futuristic shades. “Don’t give up the fight,” he captioned the post.