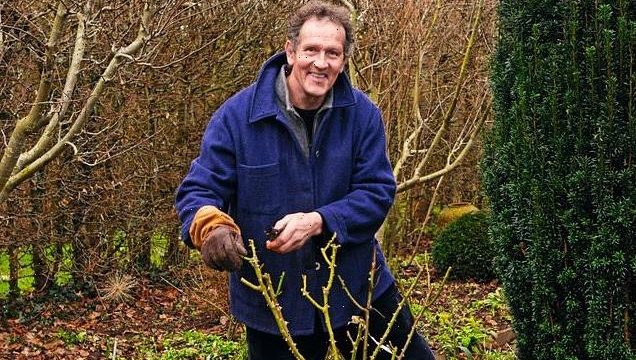 War of the roses: It’s time to choose your weapon for pruning roses – and you don’t need to hold back, says Monty Don

Hundreds of millions of roses will have been sold recently for Valentine’s Day, each at an eye-watering price and shipped halfway round the world at this very un-rosy time of year.

I always think ruefully of the waste and cost and wish that a fraction of that money – and sentiment – was channelled into planting rose bushes in our gardens. It’s not too late, though, to buy one and plant it so you can cut roses for your loved one for the rest of your life – but not, I confess, in February.

But what you can do in February is prune the roses that you are already growing. This is a great moment to reshape any awkward or damaged growth and to ensure that you have maximum flowering later in summer. 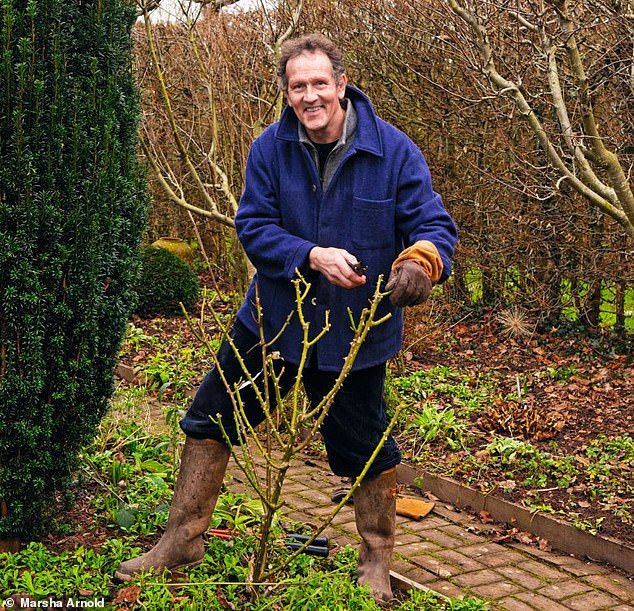 Monty Don shared his advice for reshaping any awkward growth and ensuring you have maximum flowering of roses this summer. Pictured: Monty pruning his Rosa ‘Madame Isaac Pereire’

I know that pruning roses gives even the stoutest of horticultural hearts pause for thought – if not the downright heebie-jeebies.

There seems to have been a mystique that was conjured in the 20th century by professional gardeners that there was only one correct way to do the job that depended upon minute consideration of angle and precision of cut, how much to take off and when. The truth is, almost all of that is unnecessary baloney.

Q I’m going to try to grow luffas this year. Any tips please?

A Sow luffa (or loofah) seeds in March and germinate with some heat. When they have true leaves, prick into 7.5cm pots, then pot on into large pots and grow in a greenhouse or against a sunny wall. Water well and feed weekly with liquid seaweed. The green fruits will turn brown. Leave on until the leaves have died back, remove the skins, dry the fibrous interior – and you’ll have loofahs!

Q My hellebores usually give a lovely show, but this year some have lots of leaves but no flowers – why?

A Hellebores need plenty of moisture and good drainage, so they may have become dry, delaying flowering. Or it could be that they’re not getting enough sun, so try pruning the surrounding shrubs.

Q I have a lemon bush outside, but its leaves are being eaten. What can I do to cure this?

A You can’t ‘cure’ it. The first option is not to worry and keep the tree healthy so it produces fresh and healthy new leaves; the second is to attach copper tape around the trunk to stop the slugs reaching the leaves. Also, be sure to mulch the soil in the pot with gravel or grit to deter them.

The reality is that roses are tough shrubs that can take a mauling by anything from secateurs to a flail cutter and still bounce back. If in doubt, you can give your rose bush a trim with a sharp pair of garden shears any time between the end of flowering and early May.

But, to get the best from your roses, the following should be borne in mind:

1. Hybrid teas and hybrid perpetuals. These flower on the current season’s wood, so they should be pruned hard each spring, removing all weak, damaged or crossing stems first and then pruning the remaining stems to form an open bowl of stubby branches.

Don’t worry too much about outward sloping cuts but do always cut just above a bud and remember to cut the weakest growth hardest.

2. Shrub roses. These cover all the old- fashioned gallica, alba, damask, centifolia and moss roses as well as the modern English roses. They need very little pruning and a once-over in autumn has proven to be very effective. I prune mine in late autumn and early spring by removing long growth or damaged branches and then leave alone.

3. Species roses. These, such as Rosa Cantabrigiensis or R. moyesii, flower on wood made the previous year. In theory, they don’t need pruning at all and some will grow into substantial bushes, but in practice the oldest growth can be cut right back to the ground – never removing more than a third of the shoots in any one year. This should be done immediately after flowering in summer.

4. Climbing roses. These can be subdivided into the following two groups:

a) True climbers – these tend to have single, large flowers covering the period from early summer into autumn. They should be pruned in autumn or winter, trying to maintain a framework of long stems trained laterally with side branches breaking off.

These side branches will carry the flowers on new growth produced in spring. Ideally, a third of the plant is removed each year so that it is constantly renewing itself.

b) Ramblers – these need little pruning but should be trained and trimmed immediately after flowering, as the flowers are carried mostly on stems grown in late summer. 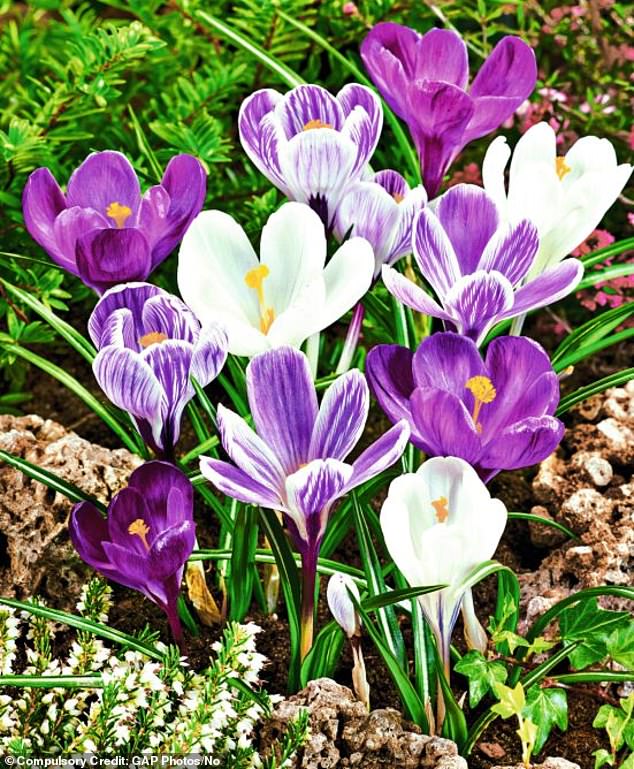 Being the easiest kind of crocus to naturalise in grass and flowering slightly later than C. tommasinianus, Crocus vernus provides a perfect extension to the crocus season. Like all crocus, it needs maximum sunshine for maximum effect but, once established, will spread almost indefinitely and exponentially.

Although it is possible to get named cultivars like the stunningly white ‘Jeanne d’Arc’ or the velvety and richly violet ‘Purpureus grandiflorus’, it’s often sold as a mixed collection.

Deciduous grasses including silvergrass should be cut back hard now (pictured) before new green shoots appear. Don’t cut back evergreen grasses but comb through each plant with a rake or gloved hands, pulling out dead growth.