Okay, I’ll admit it. I choked up just a little in early September when I watched the video for I Still Have Faith In You, the lead song from the first new ABBA album in 40 years. Even as I sensed it actively pushing all my buttons, it was hard not to be swept up in the nostalgia of it all. Over footage of the most famous Swedes on the planet during their fresh-faced ’70s heyday – much of it filmed here in Australia, where they were virtual royalty – Frida (who, while I’m making these frank admissions, was always a bit of a crush for me) sings “I believe it is in there, for I know I hear a bittersweet song in the memories we share.” 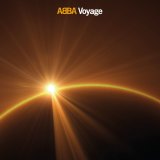 Bjorn and Benny leave nothing to chance. The orchestration is as big as an ocean-liner and the song is arranged as if it’s the tentpole moment in a Broadway musical or the latest Disney animated extravaganza. In fact, the song’s “Do I have it in me?” refrain works in the same way as the “Do you want to build a snowman?” tagline in Frozen.

It’s also one of a small clutch of songs that make Voyage worth the trip. Don’t Shut Me Down has echoes of two past triumphs – musically it mines the Scando-disco they perfected with Dancing Queen; lyrically it’s a cousin to 1982’s The Day Before You Came, where Bjorn’s somewhat stilted take on English was a strength, as the narrator runs through the mundane details of their day before the chance meeting with a lover who changed everything. The new song could be about the same couple, now long separated, but cautiously reconnecting. Of course, the fascination the world had with the two couples in the band splitting up plays into the narrative and gives a song like this extra weight.

Two other tracks, Just A Notion and No Doubt About It, put the 70-something Swedes back in a time machine – while bringing up images of satin knickerbockers, thigh-high suede boots and lots of feathered hair – as they recreate the glittery glam-pop singalongs they churned out almost half a century ago. 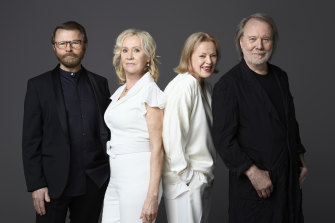 ABBA is back – for one album only.Credit:Baillie Walsh

So, that’s the good news. The bad news is that there’s a bunch of utter schlock here. And when I say schlock, I realise we are dealing with a group who got their start in Eurovision. Some think ABBA is all schlock – I’m not in that camp. ABBA were a phenomenon that dominated pop music for a reason – two men who could write across multiple popular music genres, crafting undeniable melodies that stuck in your head; two women who were powerhouse vocalists separately, but out of his world when they sang together.

All of which makes the dross here so much worse – I Can Be That Woman, a lead-footed ballad that uses a dog as a focus for a troubled relationship; Keep An Eye On Dan, which sounds like a Boney M B-side; Bumble Bee, a fluffy throwaway that appears to exist solely to recreate those pipes from Fernando; and Little Things, a horrendously kitsch Christmas song, with a nod-nod, wink-wink element that makes you go “Ew!”

Much of the focus of the group’s reformation has been on the fact they are staging a concert tour involving four animated avatars – or Abbatars – in their place. It’s a clever idea and a marketing masterstroke – a technological feat, a way to perform without being there, and a “wow” factor for old fans to get a nostalgic dopamine hit. But if taken on songs alone, Voyage should have been a four-track EP. Then we could have said thank you for the music and meant it.