For the first time in a slew of wretched days, Princes William and Harry raised a spark of hope.

After more than a year, the brothers were pictured together, walking with their respective wives Kate and Meghan among the crowds at Windsor.

They were united, in grief at least, for their grandmother, Queen Elizabeth II.

Could this be the start of a much-longed for rapprochement? The brothers have been feared to be estranged; a reunion would offer the grieving masses a crumb of joy in the wake of Her Majesty’s passing, and what better example of her much lauded ability to bring people together in hard times.

I fear even stories about princes don’t always get a fairytale ending. 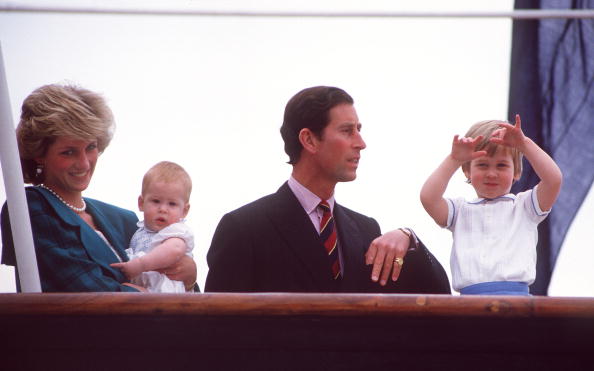 My brother and I have been estranged on and off for five years. As children we were close, just as William and Harry appeared to be; we spent summers riding our bikes, we shared a bedroom every Christmas Eve and bonded over a joint (and niche) appreciation for French EDM.

As adults, however, the resentments my brother had been brewing against me and our parents grew stronger.

It’s easy to assume that family estrangements are clear-cut, caused by a dispute between two intransigent parties or one single, devastating argument.

In William and Harry’s case, constant speculation has cited Harry’s marriage to Meghan Markle as the cause.

In my experience, family estrangement is complex and nuanced.

Over time, contact between me and my brother became intermittent, then rare. When I asked him to explain, he referenced everything from decades-old incidents to more recent perceived slights, all of it coloured by his general sense that no one in our family cared about him.

When we spoke we ended up arguing, at one point having a shouting match in a restaurant. I accused him of being selfish and callous; he countered that I never listened to what he felt were legitimate complaints.

Eventually, he stopped replying to my messages and I found his impenetrable silence too exhausting to keep reaching out.

Birthdays and Christmasses went unacknowledged. The rest of our family celebrated together without knowing where my brother even lived. He had several serious relationships with people I never even saw pictures of. He did not come to my wedding.

Roughly 18 months passed in radio silence. As far as I was concerned, he was no longer part of my life and ranted about his toxic attitude.

Yet secretly, I was heartbroken.

I missed our in-jokes and reminiscing about our childhood; there was no one else with whom I could be so totally myself.

Our father had a difficult relationship with his family and we had once vowed never to fall into the same petty squabbles… how had we ended up here?

At least we were able to navigate our profoundly painful estrangement in private.

The hope of a devastated nation did not rest on us forgiving each other our missteps.

I feel greatly for William and Harry who will be brought back together for the Queen’s funeral, on Monday 19 September, with the eyes of the world watching for any sign of resolution.

Will they sit together? Talk? Acknowledge their incredibly unique fraternal bond in any way at all?

Or will they artfully but steadfastly ignore one another as they did when they laid their grandfather, Prince Philip, to rest?

Big family occasions – births, marriages and especially deaths – can be an opportunity for warring relatives to seek armistice.

For me and my brother, the birth of my baby led to a shift in our relationship.

I messaged to say I was pregnant out of duty (he frequently claimed he was kept out of the family loop) but did not expect a reply.

To my surprise, he responded with congratulations. We had a little contact during my pregnancy, and after I gave birth, my brother came to visit bearing a thoughtful gift.

I still find it surreal to look at photos of my son snuggled in his uncle’s arms.

Maybe it was the gravity of the situation that led my brother to soften his stance: this was our family’s first grandchild and we were all easing out of the horror of lockdown.

He has never explicitly explained and I have never asked, fearful of disturbing our delicate peace.

Our relationship will never be fully healed. Estrangements are not easily unpicked and it has taken time, effort and compromise to get where we are.

My brother still does not talk to my mother, which is a great cause of sadness to me. I’ve had to learn to respect that as his prerogative.

Our communication is often sporadic and my brother is clear he doesn’t have much time for children – and that includes my son, But he has developed a much deeper awareness of his role in things and is much more open-minded.

Whatever the true cause of William and Harry’s discord, I can’t imagine it will be repaired over 12 national days of mourning.

Even if they are both spurred to make reparations, they live on different continents and their already divergent lives are now headed in totally different directions as William takes on more responsibility in an establishment Harry has rejected.

Their united front in Windsor was promising but these are two men aligned by their understanding of duty, who recognise and value the importance of symbolism during a time of national hardship and who are both well-versed in putting the needs of the country before their own.

Perhaps it is wishful thinking to read anything more into their unity than that.

William and Harry, two brothers who have already suffered so much loss – who so iconically walked shoulder to shoulder behind their mother’s coffin – now must mourn their grandmother while also navigating their difficult, fractured relationship.

Only they can decide whether their brotherhood is worth prioritising.

It can be done, but as with everything in the days ahead, it will not be easy.

This series aims to offer a nuanced look at familial estrangement.

Estrangement is not a one-size-fits-all situation, and we want to give voice to those who’ve been through it themselves.