As part of our June/July Freedom issue, BAZAAR partnered with PEN America to commission a five-part essay series on the theme written by women who were formerly or are currently incarcerated. Titled Essays on Freedom, the collection was curated with the help of Caits Meissner, PEN America’s director of Prison and Justice Writing.

“Just as revered criminal justice reform leader Vivian D. Nixon transitions into a new life chapter as a full-time writer, she reflects back to hard-won lessons as a whip-smart young Black girl raised in a predominantly white town,” Meissner says. “In this essay, Vivian unpacks the liberating possibilities of language, embracing the defiant creativity, historical significance, and soul of Black American vernacular.”

Content warning: this series deals with topics including suicide and sexual assault.

There are gaps in my memory, but the details of my public education are disruptively omnipresent. One day when I was in fifth grade, my best friend, Bumpy, and I were headed back to class after recess. She asked me to loan her a pencil. “I ain’t got no extra pencil,” I said. We parted ways to enter adjacent classrooms. Slipping into a Black vernacular was fluid for my friends and me. It had its purpose. It made us feel unified in an environment where everyone around us knew nothing about us.

When I entered the classroom, I could tell immediately that my teacher, Mrs. Woodard, had overheard me speaking to Bumpy.

Mrs. Woodard was respectable, the first Black teacher in the Port Washington Union Free School District. That fall, she was assigned to teach in elementary school. The 1970 census shows that at the time, the district’s population was about 2 percent Black, 5 percent Latinx, 1 percent other, and 92 percent white. The week before school opened, the pastor of our Methodist church reminded us that we represented the Black people of our town. Our three small churches and two community centers had convinced the school district to hire Black teachers. We, the children, could help. He instructed, “The least you kids oughta do is behave yourselves in her class. Don’t give white folks a reason.”

Mrs. Woodard’s bluster, pressed hair, and starched white cotton blouse didn’t fully offset her awareness of the scrutiny she was under. Despite her credentials, some white parents did not think she was intelligent enough to instruct their children. Mrs. Woodard stressed the perils of using double negatives and the illegitimacy of the bastard ain’t.

Since it was likely that my classmates had witnessed the semantic crimes I committed as we entered the classroom, Mrs. Woodard turned the error into a teaching moment, “Please refer to the lesson on double negatives. If you say, ‘I ain’t got no pencil,’ you are technically saying that you do have a pencil. Furthermore, ain’t is not recognized as proper English.” That made me mad. This woman knew full well that I was not confused. I made a language choice. Yet, she sacrificed me to ensure that white kids wouldn’t pick up any Black English and take it home. Parents would blame her.

Black language had never been a source of shame for me until Mrs. Woodard started her crusade to convince me that my intelligence would be measured by my ability to speak standard American English.

Black language had never been a source of shame for me until Mrs. Woodard started her crusade to convince me that my intelligence would be measured by my ability to speak standard American English. I grew up in a literate household. Ma and Nana often read to us, and sometimes my brother, Billy, and I read to each other. James Weldon Johnson’s long lyrical sentences were the perfect vehicle to learn the proper use of punctuation. Paul Laurence Dunbar’s rhythmic poem, “When de Co’n Pone’s Hot,” often rolled off our tongues and made us giggle.

Would Sojourner Truth’s oration on women’s rights have been more effective if she had asked, “Am I not a woman?” Would Langston Hughes’s “Mother to Son” have been as rich with the refrain, “Life for me hasn’t been a crystal stair?” Indeed not.

“Please tell the class how you would have properly responded to the question?” Mrs. Woodard instructed. Stubborn, I sho’ nuff weren’t fitna betray my Black words. I answered, “I ain’t got no extra pencil. That’s how I say it to my friends.” 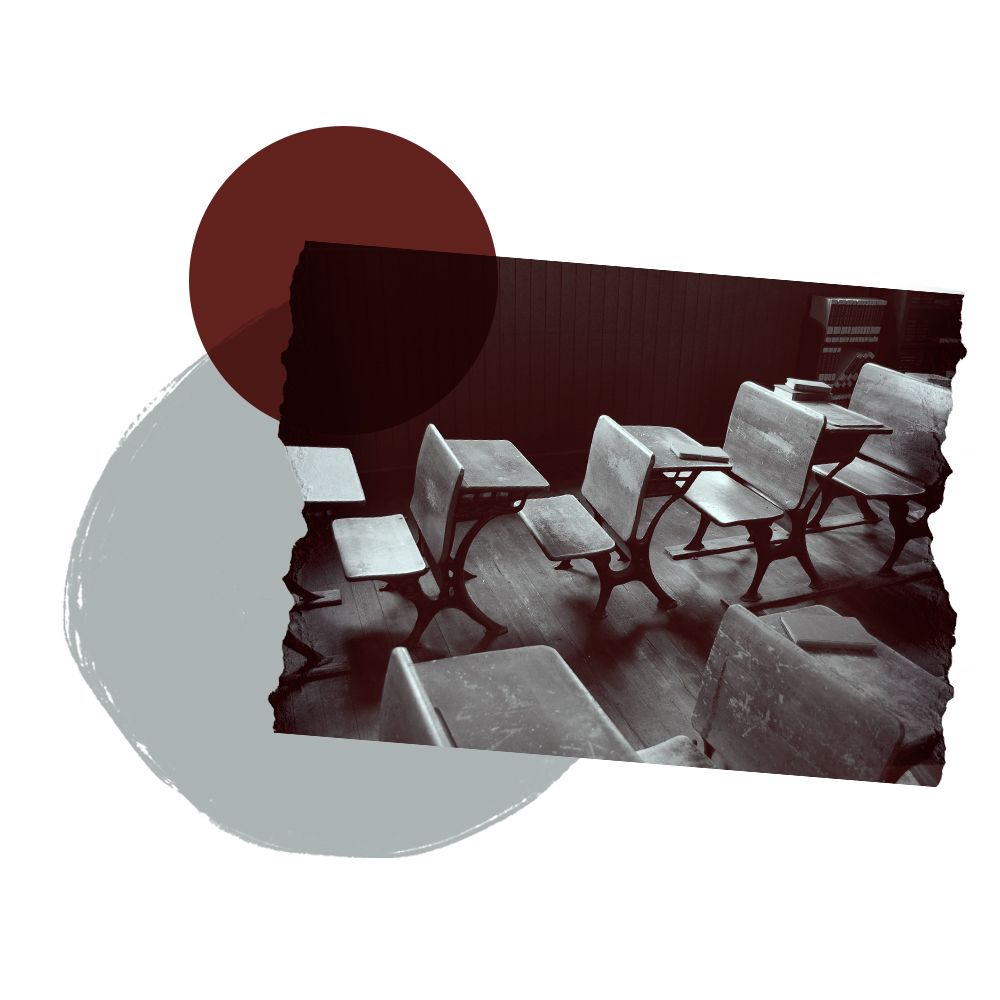 On the way home, I protested, “Mrs. Woodard is just a honky lover! I was not technically wrong. If a word is in a book, it is a real word. And anyway, I wasn’t even talking to her. She was showing off for the white teachers.” I was insistent as I explained to Billy why my English teacher had scolded me earlier that day.

“That’s your problem,” he said, “you think you know everything.”

I sucked my teeth, rolled my eyes, and then retorted, “You’re only saying that because you heard Ma say it.”

Folks called him clever. I was Miss Smarty-pants, and nobody likes a smart-mouthed girl.

Thanksgiving break was coming, and I might well be on punishment the whole time. I was anxious. Mother walked softly into the garden apartment through the kitchen door. The back of her hand flew across the table and popped my mouth. It stunned more than hurt.

“That mouth of yours, it’s gonna get you in trouble one day,” she snapped.

Is gonna a word? I wondered silently.

Mrs. Woodard had obviously reported the incident. I didn’t dare add fuel to the fire.

Ma said she popped me in the mouth, an acceptable reaction to sass in 1970, because I defied the teacher, not because I used Black English. But I grew keenly attuned to my mother’s code-switching patterns. After a year with Mrs. Woodard, I kept my Black vocabulary and syntax close to home. Even when I went to prison decades later, I was labeled snooty, highfalutin, and bougie because I spoke like Mrs. Woodard—in a manner that made white folk on the North Shore of Long Island believe that exposure to a Black teacher would not corrupt their children.

During a 1968 interview, Peter Rodis asked the provocative artist and civil rights activist Nina Simone, “What does freedom mean to you?” She replied, “No fear.” Fear caused white parents to see Black teachers as threats. Fear kept Evelyn Woodard from being free to use the language that flowed from her spirit.

There is nothing broken about Blackness or our English. We be here. We have a lot to say.

Unconsciousness that lasts decades begins to feel like awareness. Waking comes slowly. Scales fall from the eyes one at a time. Self-respect equated with insolence aimed at oppression remains a threat. Fearlessly, Sandra claimed freedom, innocent of the debt. Yet, George and similar mass, after centuries of warning, prove the roots hold firm. We’re all still in mourning.

The list of obituaries continues to grow. We say, “It will not stop if police do not go.” Respectable advocates raise peaceful solutions. There is a divide. Is this revolution?

Black words, confined too long, escaped. Rage filled the Minnesota sky, floating like air across rivers wide, over mountains high; east and west, north and south. The nations shouted a freedom cry. We cried and cried.

On a new day, Confederate rags swept the soot from House mirrors. A farewell demand to return to greatness, their words showed no fear, fully armed, for good measure. Was this merely a spectacle, a short-lived pleasure? A monolingual witness heard, “I ate too many drugs.” A Black man translated, “I ain’t do no drugs.” And time marched on.

There is nothing broken about Blackness or our English. We be here. We have a lot to say. The comforts of respectability were Evelyn Woodard’s reward. She retired from the school district as she entered, never grabbing hold of the one freeing thing, fearlessness. My mother left this earth, highly respected. She was eulogized by dignitaries and acknowledged by the State Assembly but never knew freedom. They had both been effective advocates for civil rights. They taught me well. There must be some irony in the fact that the Black population of my hometown is still 2 percent. I am fighting to break the chains of respectability. But today, I contemplate the meaning of freedom in the middle of a search for my own.