After a quick 10-minute tidy after she and her husband shut their home office doors each evening, Kirsty Farrugia’s evenings are wide open.

Sometimes she spends the downtime watching Netflix with her two tween kids, sometimes she goes for a walk with her husband and other times she’s snuggled up in bed reading a murder mystery. 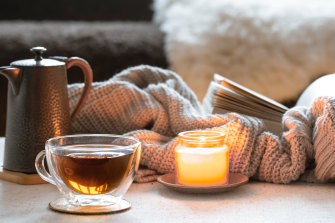 Forget evenings spent trying to mop up the day’s mess and prep for another day’s mayhem. A few clever tweaks could open up your twilight hours for some restorative leisure time.Credit:iStock

“We come in from the day and we all ‘muck in’ together to get everything packed away and dinner cooking, then we’re all chilling,” says the professional organiser and host of The Art of Decluttering podcast.

It’s enough to make the most frantic of us weep with envy.

Often it’s not until the kids are in bed or the last Slack message has been sent that we even turn our attention to life admin and household management.

And by the time the lunchboxes are packed, the groceries ordered and the mountainous washing pile ignored for another day, we crash in bed begging the sleep gods for enough quality shut-eye to fuel us to do it all again the next day.

Farrugia’s familiar with the feeling. In fact, she describes her past life as a “hot mess”, characterised by procrastination that made her evenings a tired scramble.

“I’d forget the washing was in the washing machine and would end up having to wash it all again,” she recalls.

But when Farrugia learnt to dial her daytime systems 12 years ago, she discovered open-ended evenings, and she believes that even the busiest bosses, parents and career climbers can find ways to open up our night time.

For Farrugia, the game-changing strategy was adopting the mantra “just do it now”.

“Every time I walked past a sock on the floor, I used to go, ‘I’ll pick that up next time’ and every time I saw dishes in the sink I’d think, ‘I’ll do that later’,” she recalls.

“I started going, ‘I’m going to pick up the sock / put the dishes away / hang out the clothes / make the phone call now.’ And the more I did that, the more grace there has been and the more time I have been able to claim at night.”

Farrugia is also a huge advocate of “habit stacking” where you link tasks together to knock more things over.

“If you’re making a cup of tea, pack the dishwasher while you wait for the kettle to boil or if you’re putting the kids’ clothes away in their bedroom, pack up their toys while you’re there,” Farrugia says.

“It can stop you going into a room 10 times a day for different tasks, which frees up valuable time.”

Look after ‘future you’

A lot of us can be quite optimistic about how many things we can get done at night, leaving little tasks to “later” when we imagine there will be fewer things vying for our attention.

Trouble is, all of those “little” jobs mount up to a lot of time, which is why Farrugia suggests considering “8pm you” whenever you’re about to procrastinate.

“If you pull the clothes in from the clothesline and put them away, your 8pm self is going to thank you because it will be one less thing to do,” she says.

“Often these tasks take far less time than we anticipate and it’s more efficient to do them then and there, rather than add them to a list for later.”

Commit to five minutes of ‘me time’

“I know five minutes doesn’t seem like a lot, but it’s amazing what five minutes [spent] lying on your bed doing nothing can do for you. Regard it as a non-negotiable on your list of things to do,” she says.

Nejad says there’s a good chance that a five-minute break will give you some clarity about your to-do list.

“When you’re really anxious, stressed or depleted you can’t think clearly,” she says.

“If you actually take a time-out, even if it’s just five minutes to begin with, you’re clearing your mind and you’re going to be able to see where there are places that you can have time for yourself, whether that’s through streamlining things or delegating or scheduling.”

For a lot of us, it’s our food prep, cooking and dishes that really eat into our evening leisure time.

“It means when you’re pressed for time, you only need to start the microwave and while the food is in the microwave you can do other small kitchen tasks, such as prepping the lunchboxes,” he says.

“For parents, adjusting your meal times to fit in with the kids’ schedule reduces double cooking and cleaning. And once the kids are in bed, dinner is done so you have more time to yourself.”

“I know of families that get dinner boxes delivered and they allocate a box to each family member, so they are also gaining cooking skills,” Nejad adds.