A legal expert says employers will be able to direct workers to return to the office, potentially leading to legal action if staff prefer to stay at home, after the state government withdrew regulations that require bosses to let people work remotely.

The Andrews government on Tuesday announced Victoria’s coronavirus restrictions would ease on Friday, with masks no longer mandatory in supermarkets and other retail stores, and caps on gatherings to be lifted. 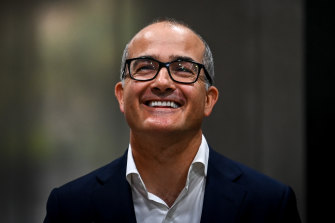 Crucially, companies whose workers are based in offices will, from Friday, no longer be required to permit them to work from home if it is “reasonably practicable”.

Employment lawyer Corrina Dowling, SC, said giving employers greater powers to bring staff back could intensify disputes with those who prefer to work from home.

“As long as a company is providing a COVID-safe workplace, they certainly have a fair bit of power to say, ‘This is a reasonable instruction to attend the office.’ If an employee doesn’t comply, the company can issue a directive that leads to punishment,” she said.

Some legal allowances still exist for workers: under the federal Fair Work Act, employees with special considerations such as having caring responsibilities, being over 55 or living with a disability have the right to request flexible working arrangements.

Ms Dowling, from Barry Nilsson Lawyers, said workers without special dispensation were effectively at the whim of their employers and she was “already seeing tensions and escalations of those situations”.

Kamal Farouque, principal employment lawyer at Maurice Blackburn, expected to see workers take on employers in court if they weren’t given the option to work from home.

“Even before the pandemic we fought those cases for employees wanting flexibility. Now it’s a much more central industrial issue,” he said.

“I can see unions making it essential in their bargaining with employers.”

Employees’ cases would be bolstered by evidence over the past year that working from home was a feasible and productive alternative, Mr Farouque said. “I think employers should think carefully before they resort to coercive paths and compulsion, because in each sector there will be a bunch of companies not using those tactics and people will look to work for them,” he said. 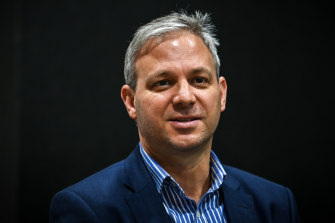 “We’ve suffered through it, no question,” he said. “But what a fantastic place to [now] be in.”

Among other changes announced on Tuesday were stadium capacity at sports matches growing to 75 per cent, starting with Thursday’s clash between Collingwood and Carlton at the MCG.

Indoor non-seated entertainment venues will increase from 50 per cent to 75 per cent, with a limit of 1000 people. Face masks will remain mandatory on public transport, in taxis and ride-share vehicles, at hospitals and in aged care homes. There will no longer be a limit on class sizes for indoor or outdoor fitness classes, but gyms need to abide by the one-person-per-two-square-metres density limit.