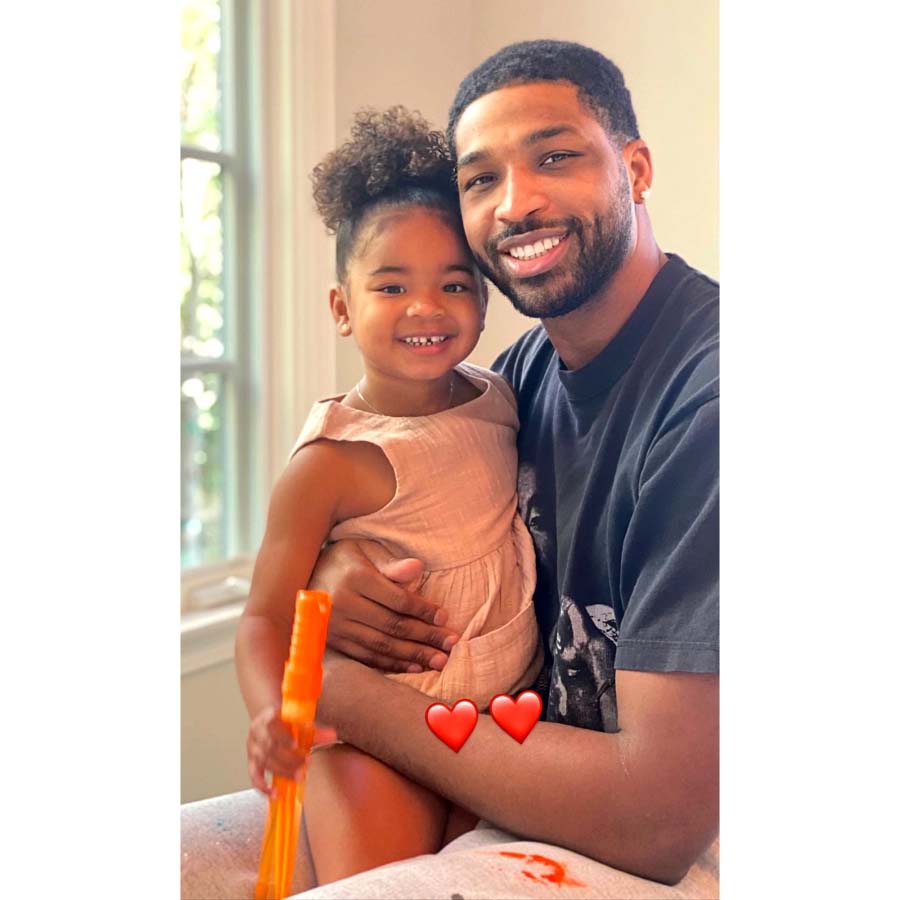 Anything for his little girl! Tristan Thompson revealed 4-year-old daughter True recently had a special request for him.

“When my princess asks if daddy can dance…anything for my baby girl ❤️👑,” the Chicago Bulls player, 31, captioned a post via Instagram on Tuesday, December 27.

The video showed True, who Thompson shares with ex Khloé Kardashian, dancing in a kitchen in front of her dad. The little girl wore a pink hoodie and shorts with her hair in mini space buns. Her father, meanwhile, wore a black tracksuit**, giving him plenty of mobility as he lifted True into the air and swung her around his back.

In addition to True, Thompson shares a 5-month-old son with the Good American cofounder, 38. The baby boy’s name has yet to be revealed, but the Kardashians star gave fans the first look at his face on Monday, December 26, when she shared a family photo of herself and True in matching red dresses while she held her son, clad in a black onesie, in her arms.

Tristan Thompson’s Drama Through the Years: A Timeline

Thompson is also dad to 5-year-old son Prince with ex Jordan Craig and 12-month-old Theo with Maralee Nichols. The basketball player and Kardashian ended their relationship for good after his paternity scandal with Nichols, 31. 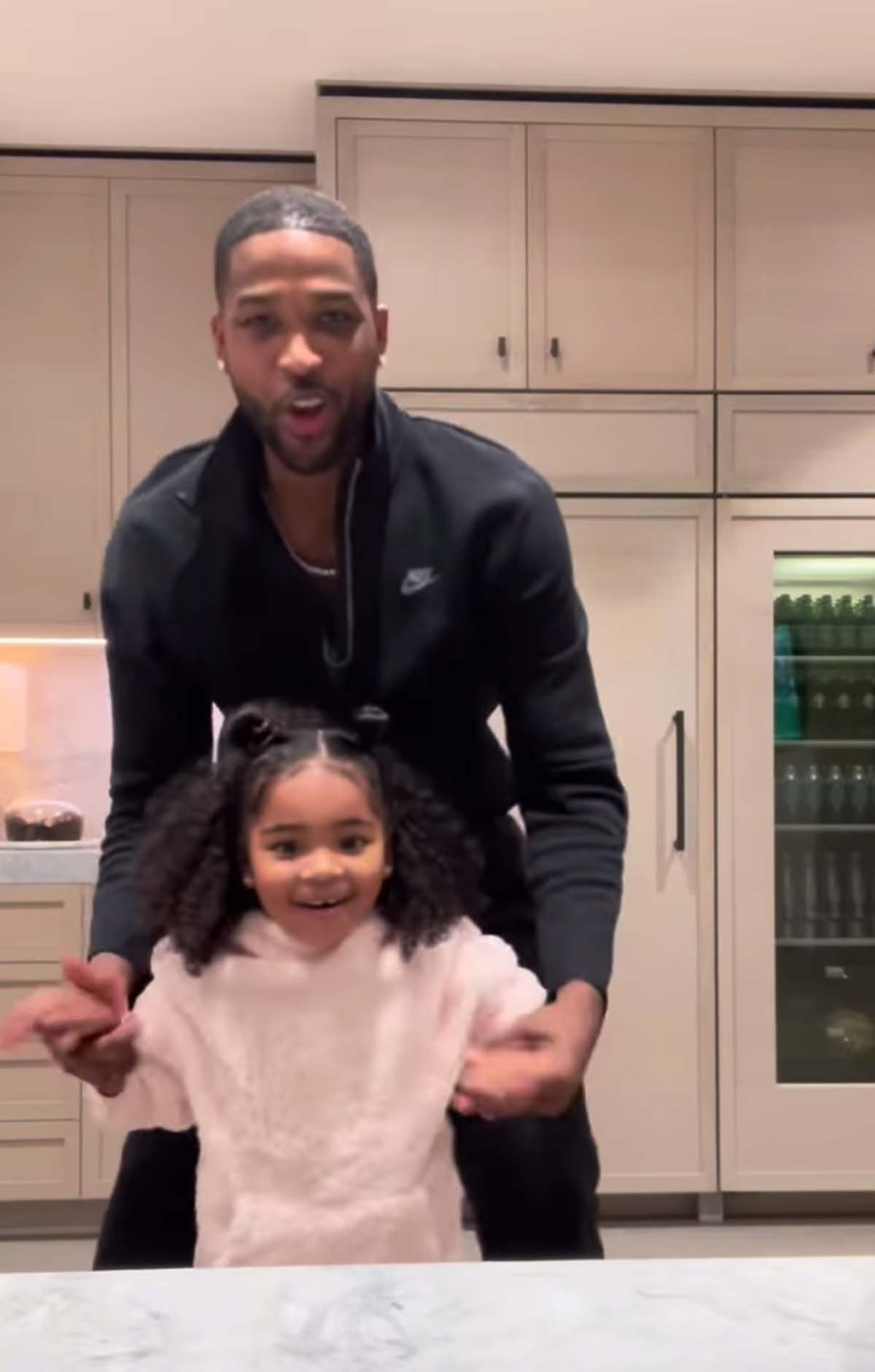 The fitness model claimed that Thompson was the father of her son in a court filing that made waves in December 2021. The NBA star confirmed his paternity in January after a DNA test.

In July, Us Weekly confirmed that Khloé and Thompson were expecting their second child together via surrogate. That same month, a second source shared that “the baby was conceived via surrogate before it was revealed to Khloé and the public that Tristan was having a baby with someone else in December.” Their son was born on July 28.

Despite their breakup, a source exclusively told Us in October that Thompson is focused on helping Khloé raise their two children.

“He wants to be present and spend time with the kids and of course, Khloé is allowing him to be present in both of the kids’ life,” the insider shared at the time, adding that there is “no question” about the Canada native’s involvement as a coparent.

“He wants to be part of the baby’s life and she wants him to be. When he’s there, he’s a good loving dad. He’s not there all the time though as Khloé primarily has custody,” the source said.