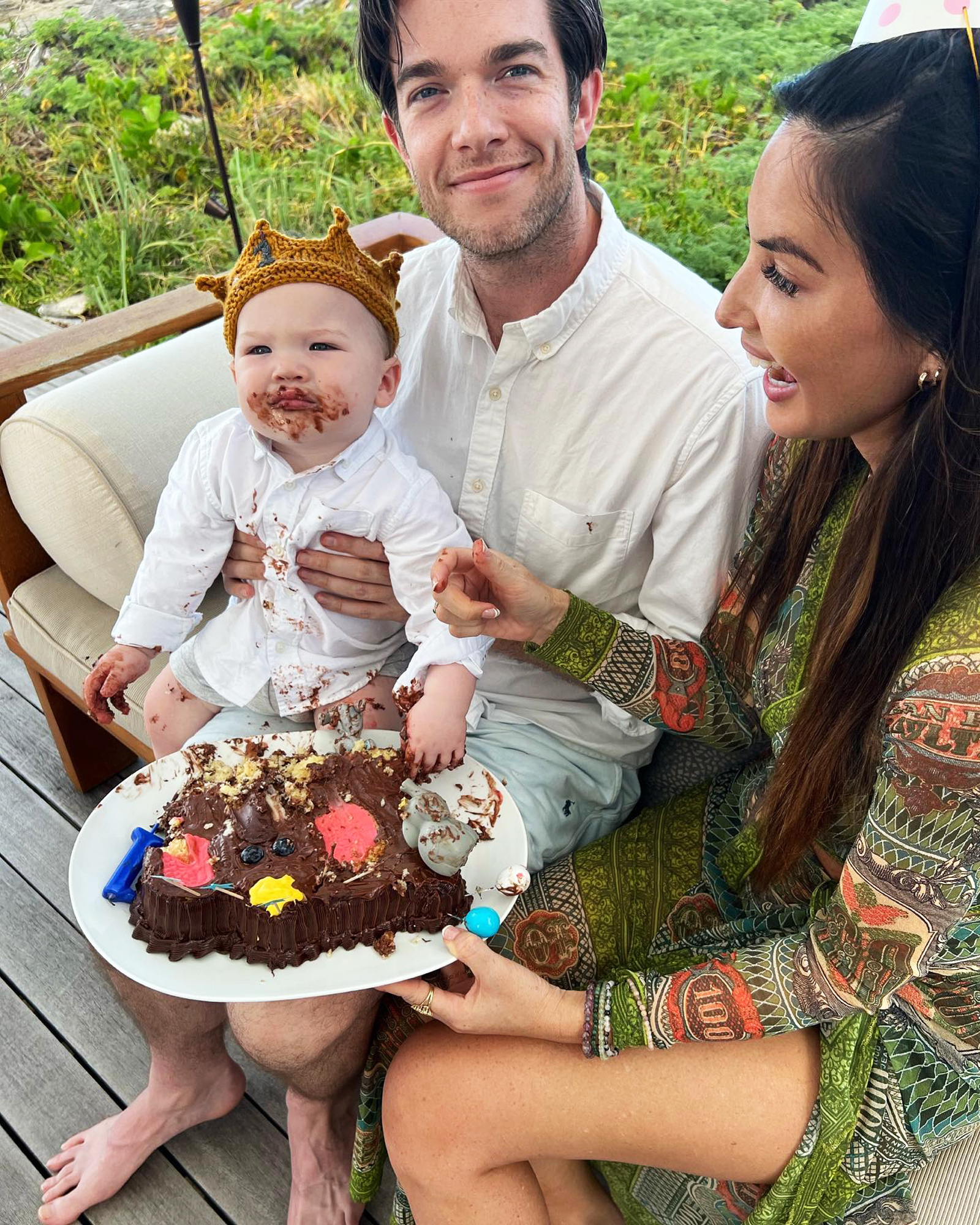 “Just got back from celebrating ONE YEAR of the most joyful baby being in this world and in our lives. My son, my joy. Happiest Birthday Malcolm Hiệp! I love you so so so much,” the Newsroom alum, 42, gushed via Instagram on Sunday, November 27, alongside a carousel of photos of Malcolm enjoying his cake. 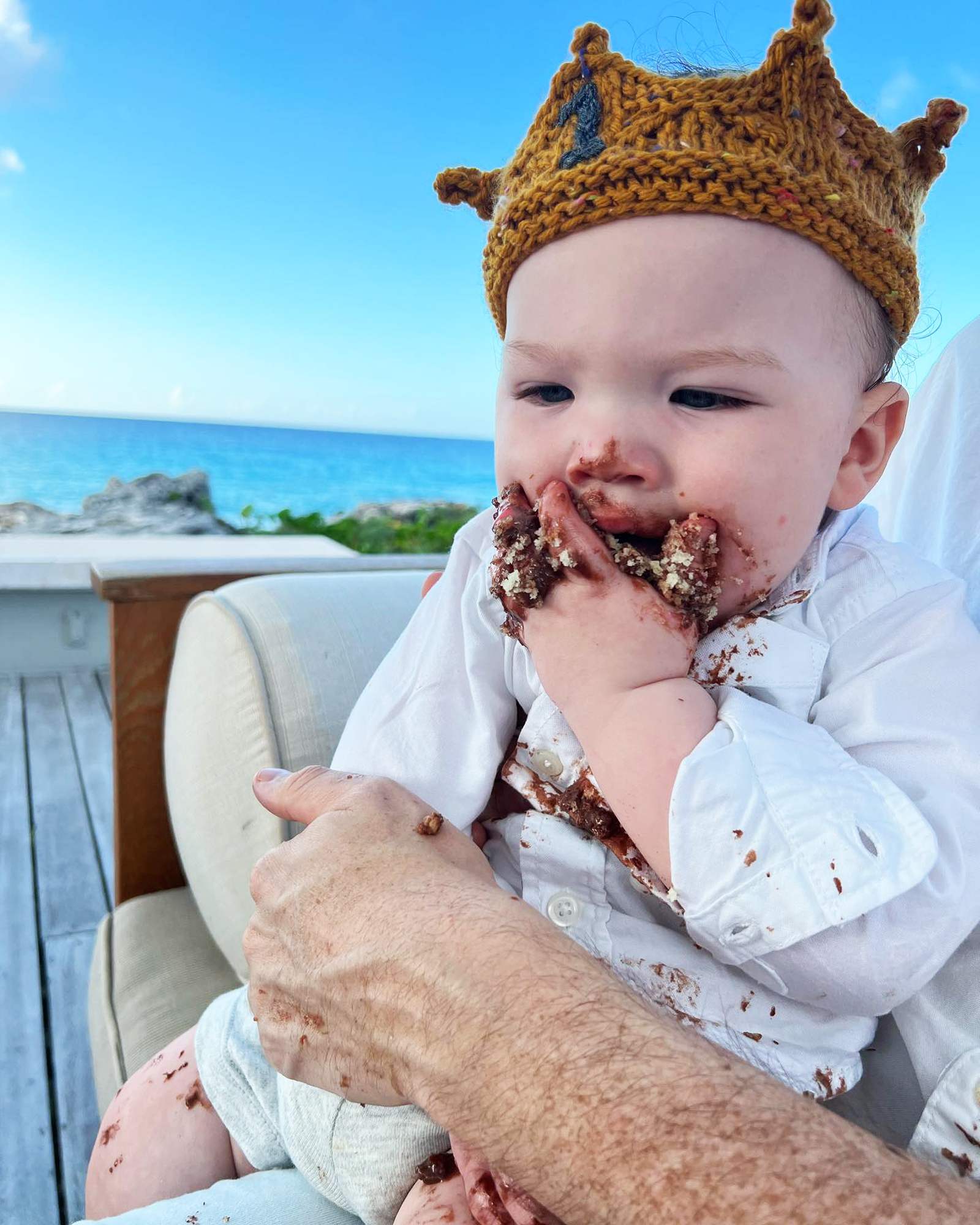 The birthday boy’s face — and his white shirt — was covered in chocolate as the family of three celebrated outdoors. Malcolm wore a knit crown on his head and matched with his dad in pastel shorts.

“Yay he’s the best!!! And happy one year of being a mom!” Mindy Kaling commented on the photos. Amanda Seales added, “He looks happy and loved as all babies should be 🥰.”

Munn also shared a video of herself and Mulaney, 40, helping their infant dig in to his dessert, teasing in the caption that her own mother got “impatient” with Malcolm before he finally started to eat. In another clip, the Predator star wondered whether her son said “I love you” for the first time.

Us Weekly reported in May 2021 that the Big Mouth actor and Munn were dating. Earlier that month, news broke that Mulaney had split from Anna Marie Tendler after six years of marriage.

The former Saturday Night Live writer announced Munn’s pregnancy in September 2021. “We’re having a baby together,” he said on Late Night With Seth Meyers. “I was nervous when I was about to say the news. Olivia and this baby have helped save me from myself in this early journey out of recovery [from my drug addiction].”

Mulaney checked into a 60-day treatment program in Pennsylvania in December 2020 for alcoholism and cocaine addiction after being sober for more than a decade. At the time, a source exclusively told Us that the decision came as “a relief” to the comedian’s loved ones.

Malcolm was born in November 2021, and Mulaney’s divorce from Tendler was finalized earlier this year. Munn previously addressed critics of her relationship with the Oh, Hello star shortly before welcoming the couple’s son.

“They think they know our relationship so well. When in reality, they don’t,” she told the Los Angeles Times in November 2021. “There’s no way anyone could know what any of his relationships were or what our relationship is. … If I try to say anything, I run the risk of being called messy or not telling the truth. The only way to win, for me, is to pull back and to not play the game at all. … For whatever reason, it’s easier to blame me.”

Tendler, for her part, opened up to Harper’s Bazaar about her “surreal” breakup and the “totally shocking” events that unfolded afterward.

“I had a lot of bad days and medium days. … In a way, I feel like, well, it can only go up from here, because I reached the depth of where I could go,” the makeup artist said in January, revealing that she was considering freezing her eggs. “There were things I never even thought about before because that was just a closed door. So now that it feels like not as much of a closed door, it’s something that I ruminate on a lot.”