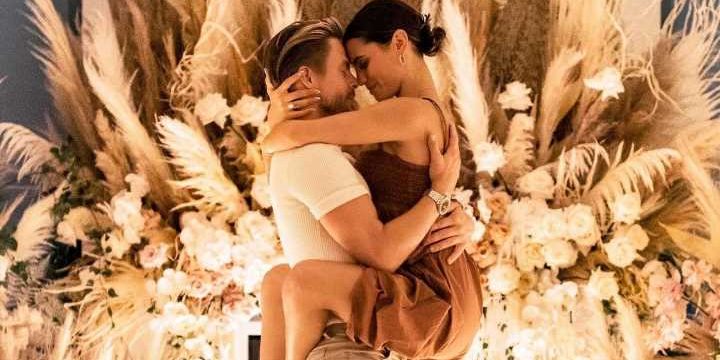 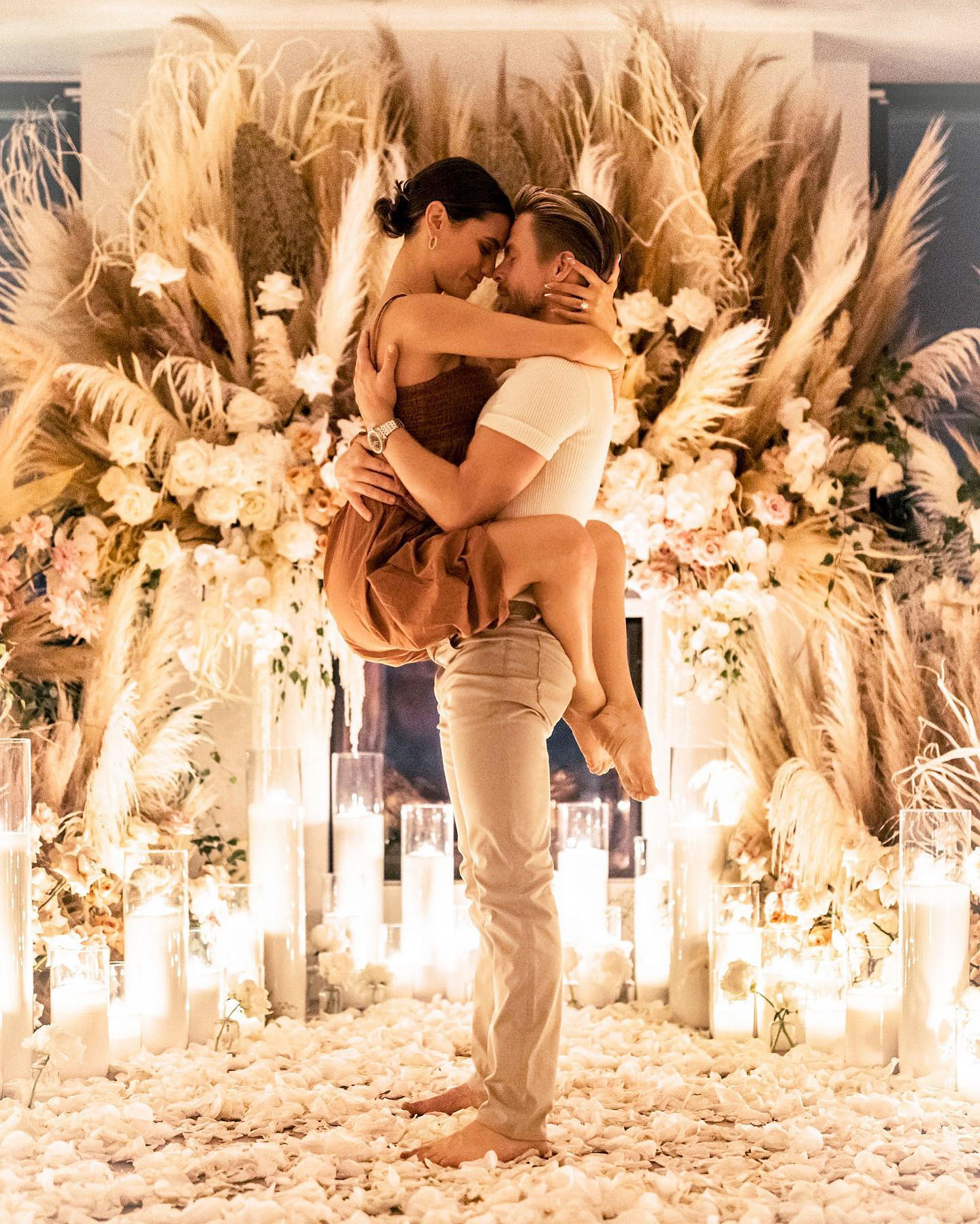 Forever dance partners! Derek Hough and Hayley Erbert are engaged after more than six years together.

“It’s only the beginning … the beginning of forever ♥️,” the couple wrote via a joint Instagram post on Thursday, June 2, confirming the news. The pair shared a photo from the proposal with Hough, 37, holding onto Erbert, 27, surrounded by flowers and candles.

The Dancing With the Stars judge initially raised proposal speculation on Wednesday, June 1, after he posted a romantic video collage from the couple’s recent getaway to Monaco, France.

“Wow , incredible to experience @f1 Monaco Grand Prix for the first time. Even better getting to experience it with my love @hayley.erbert ❤️,” the Utah native captioned the montage.

Celebrity Engagements of 2022: Stars Who Got Engaged This Year

In the video, the lovebirds took in the sights, packed on the PDA on a yacht and enjoyed what appeared to be an intimate date night on the sea. Erbert kept her left hand and ring finger covered in nearly every clip, leading some fans to assume she was hiding a ring.

Hough and Erbert first met in 2014 when the Kansas native joined Derek and sister Julianne Hough on their Move Live Tour. Things turned romantic for the Emmy winner and the former gymnast one year later.

The former World of Dance judge previously hinted at a proposal in December 2019, exclusively telling Us Weekly at the time that “you never know” what the next decade may hold. “2020 vision, we’ll see,” Derek said.

Following the COVID-19 pandemic shutdowns in 2020, Derek and Erbert decided to take their romance on the road — and start dancing together once again. They previously crossed paths on Dancing With the Stars where Erbert was a troupe dancer starting in 2016.

The So You Think You Can Dance alum returned to DWTS in 2020 to perform a sexy paso doble with her love, who became a judge on the show that same year following years as a pro.

“She is joining me on stage, and I’m so excited,” Derek exclusively told Us in July 2021 of his new Las Vegas residency, which kicked off that September. “It’s really cool to be able to have people come see us dance.”

Every ‘Dancing With the Stars’ Pro Through the Years: Where Are They Now?

The Hairspray Live! star later teased his plans to get down on one knee during a September 2021 Derek Hough: No Limit show, playfully fake proposing to Erbert in front of an audience.

During part of the show, the couple joked about not having kids together yet, to which Erbert replied, “You gotta put a ring on it first!”

Derek played along, saying, “We are in Las Vegas. Hold on, there’s wedding chapels and you can get divorced in the same day. This is unbelievable information that we need to look into immediately!” He then dropped to one knee before revealing he was just tying his shoe.