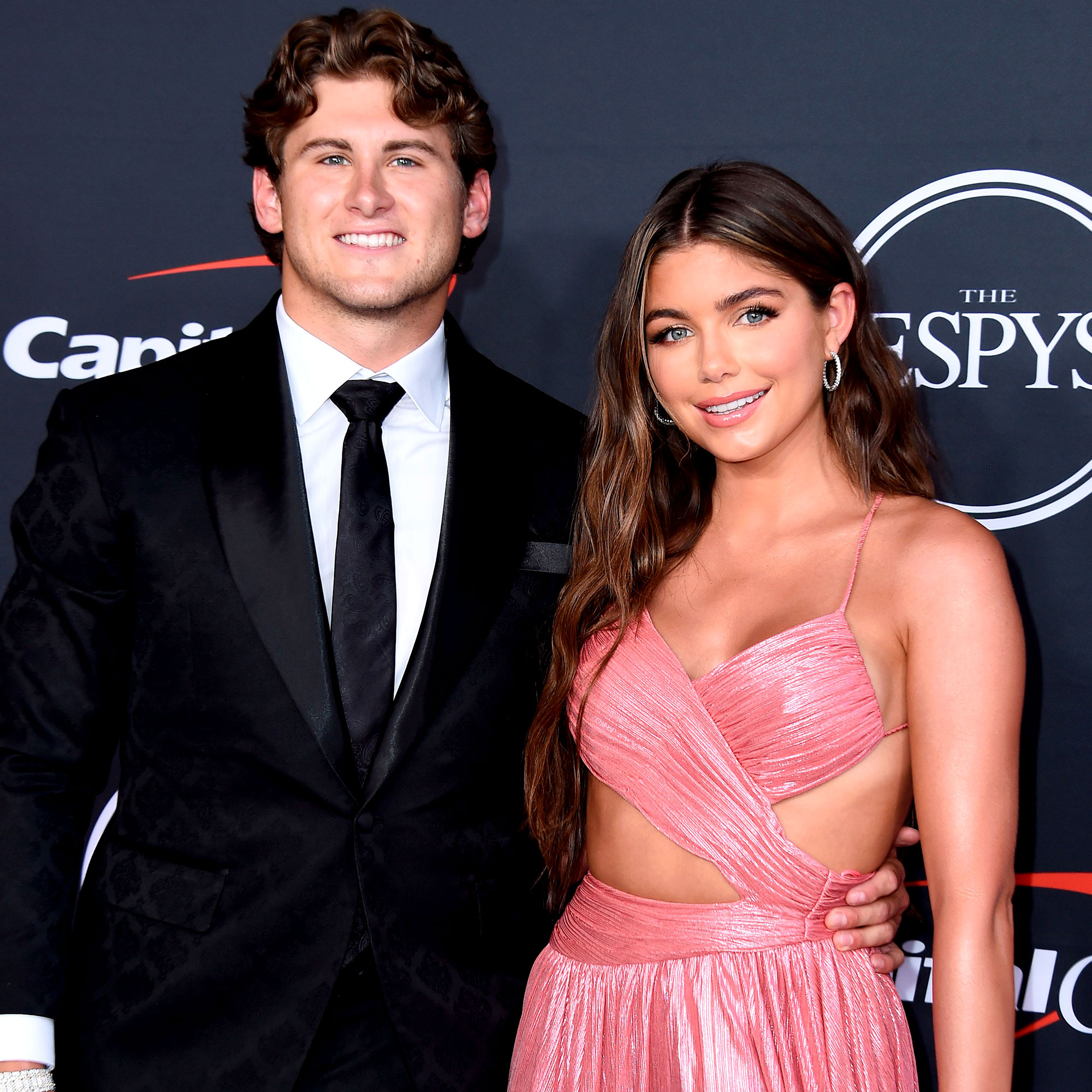 “They’re going strong,” an insider exclusively tells Us Weekly of the Bachelor alum, 26, and the running back, 24. “He’s been busy with football. She’s been splitting time between Los Angeles and New Orleans.”

The source adds that the pair, who went public with their romance in February, “talk all the time and are making long-distance work.”

Earlier this year, the Tennessee native told Us that the couple waited a few months to reveal their relationship until they were sure they were ready. “We’re very private and, you know, that just seems to be the best for us right now. With my past, things have been public and nothing really necessarily good has come from it, in my opinion,” she explained in April. “And so keeping things private and just having our own lives outside of social media [makes] it more of a true, meaningful relationship for us.”

The model added that she and Funk “met a couple months” prior. “We just had an instant connection and basically [we’ve been] inseparable since day one,” she told Us at the time. “Just getting to know him and us being together and incorporating our lives together, it’s just been very seamless and easy.”

Sluss confirmed her romance with the athlete ahead of Super Bowl LVI, sharing a TikTok video of herself hugging Funk after the NFC championship in January. “One win away,” she captioned the clip. “Already so proud.”

The University of Maryland graduate, then playing for the Los Angeles Rams, went on to win the Super Bowl against the Cincinnati Bengals. After the game, Sluss joined Funk on the field, where they shared a kiss amid piles of confetti.

The influencer competed for Peter Weber‘s love during season 24 of The Bachelor, which aired in 2020. The pilot, 31, proposed to her during the finale, but they revealed during After the Final Rose that they split after filming. Weber confessed that he still had feelings for runner-up Madison Prewett, but the twosome ultimately decided not to pursue a romance.

Sluss attended Prewett’s wedding to Grant Michael Troutt over the weekend, but Funk did not accompany her because he had a football game on Sunday, October 30. Prewett and her beau, both 26, tied the knot on Saturday, October 29, after less than one year of dating.

In addition to Sluss, Bachelor Nation members including Natasha Parker, Victoria Fuller, Kelley Flanagan, Jasmine Nguyen and Raven Gates were in attendance at the wedding.

Flanagan, 30, attended without Weber, who trolled his girlfriend after she posted a solo shot of herself in her wedding finery. “Where’s Peter,” he quipped in an Instagram comment on Saturday.

Last month, Us confirmed that the attorney and the children’s book author are back together after splitting in December 2020. “[They] rekindled their romance this summer and have been spending a lot of time together since then,” an insider explained in September. “They’re both happy and looking forward to where things go this time around.”

With reporting by Diana Cooper