Gas producers are questioning whether they can comply with new gas price caps designed to tame soaring energy bills amid concerns that confusion over the rules could expose them to unintended breaches and huge fines.

The Australian Competition and Consumer Commission released guidance for east coast gas producers on Tuesday, detailing the requirements for wholesale supply deals under new laws imposing unprecedented price caps of $12 a gigajoule for the next 12 months. 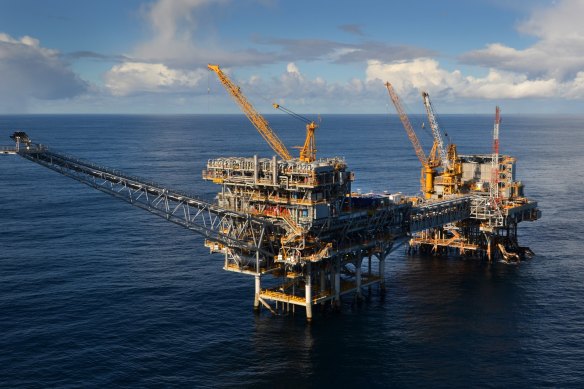 The government imposed the caps to blunt gas bill increases of up to 40 per cent forecast to hit homes and businesses in the next two years as a result of shortages caused by the war in Ukraine.

However, industry remains anxious about grey areas in the guidance.

The ACCC guidance permits producers to offer a range of different deals to customers including fixed price contracts as well as rates pegged to the price of crude oil or international LNG markets.

The chair of the ACCC, Gina Cass-Gottlieb, said deals would be assessed on an ongoing basis and final judgement would be made at their expiry to determine if the price had averaged at or below $12 a gigajoule.

If gas producers breach the rules, they will be fined $50 million or three times the value of the company’s profit from the deal -whichever is the highest amount.

However, Credit Suisse energy analyst Saul Kavonic said the guidance presented a “minefield of uncertainty” and raised the risk of unintended compliance breaches.

“The ACCC guidance is devoid of a commercial understanding of the market and presents a doubling down on the government’s interventionist position, which is likely to further reinforce the chill on any new investment in east-coast gas,” he said.

An industry source with knowledge of LNG producers’ views, who was wary of criticising the government on the record, said the fact that gas deals would be assessed on a case-by-case basis raised the risk producers would be fined tens of millions of dollars for supply contracts they believed would comply with the new rules.

“This makes it difficult for producers to know specifically what might constitute compliance versus non-compliance until you receive the fine in the mail,” the insider said.

Woodside, the largest Australian gas producer, said it had already completed its domestic sales agreements for this year, but would review the ACCC’s guidelines and wait to see the final design of the industry’s new mandatory code of conduct before finalising agreements for 2024.

“Woodside remains in discussions with buyers for sales agreements pertaining to 2024 and beyond, that were ready to be executed in late 2022,” a company spokesperson said.

Adding pressure to the impasse between the companies and the government is the ‘heads of agreement’ deal finalised in September, under which the gas companies committed to offer 157 petajoules of new gas supply to the domestic market, a quarter of the market’s annual demand, over the next 12 months. The government can also enact gas trigger laws under the Australian Domestic Gas Supply Mechanism, which enables it to force companies to redirect their lucrative LNG export shipments into the Australian markets.

A spokesperson for Catherine King, the acting Resources Minister, said the government expected producers to honour their existing commitment under the heads of agreement and supply the 157 petajoules of uncontracted gas to the domestic market in 2023.

Climate Change and Energy Minister Chris Bowen on Wednesday said while the producers deserved a chance to assess the guidance, he warned he was willing to enforce the gas trigger.

“The government’s strong and clear expectation and requirement of gas companies is that they will supply gas at a reasonable price to Australian consumers … we will act and do whatever we need to do in the national interest.”