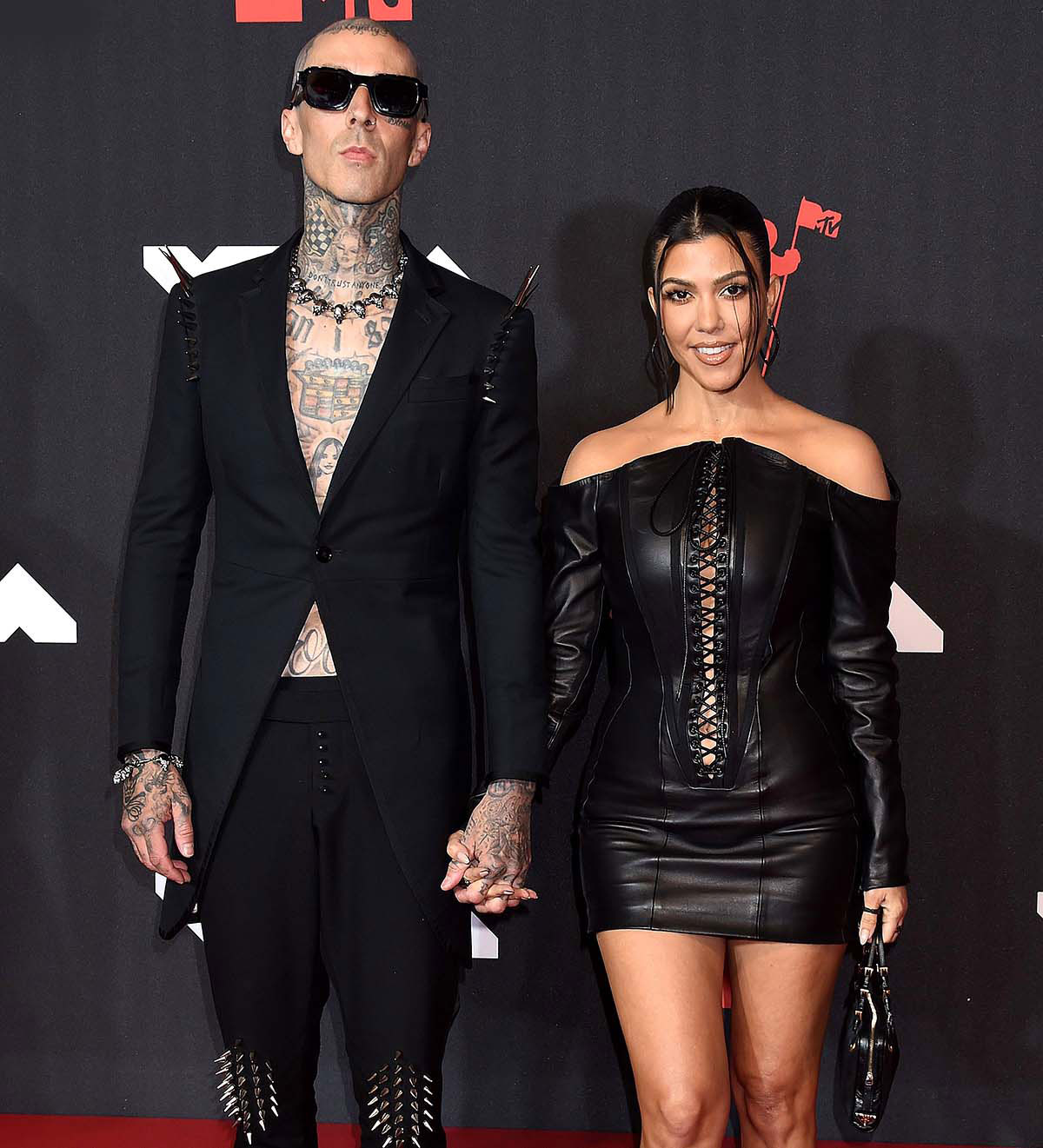 While some fans were holding out hope that Kourtney Kardashian would make her first ever appearance at the Met Gala on Monday, September 13, along with her boyfriend, Travis Barker, the rocker couple was busy, well, rocking out.

Kardashian, 42, shared videos of Barker, 45, playing the drums at Machine Gun Kelly’s concert in Central Park on Monday via Instagram Stories. While the “Tickets to My Downfall” singer met up with girlfriend Megan Fox at a Met Gala afterparty after the concert was forced to end early due to weather, the Poosh founder and the Blink-182 musician dined at the Polo Bar.

It seems the eldest Kardashian sister has never been invited to the Met Gala, which was postponed this year from its usual May date because of the coronavirus pandemic. Kourtney’s family members have a long and storied history with the event, meanwhile, as Kim Kardashian attended for the first time in 2013, while Kendall Jenner and Kylie Jenner appeared for the first time in 2014 and 2016, respectively. Family matriarch Kris Jenner was first invited in 2015, when the theme was “China: Through the Looking Glass.” Khloé Kardashian has never attended.

Many fans hoped Kylie, 24, would make a major style statement after announcing her pregnancy earlier this month, but the beauty mogul confirmed on Monday that she would not be attending the event.

“I’m so sad I couldn’t make it this year,” the Kylie Cosmetics founder wrote via her Instagram Stories on Monday. “I can’t wait to see all the looks.”

The Life of Kylie alum’s last Met Gala appearance was in 2019, and it quickly became one of her most famous fashion moments. She wore a purple feathered Versace gown with a matching wig, while her sister Kendall, 25, dressed in a coordinated orange look also by Versace.

Later that year, Kylie dressed her daughter Stormi, now 3, in a mini version of the outfit for Halloween, complete with huge puff sleeves and a tiny purple wig.

“My baby!!!!!!!!” the reality star wrote via Instagram alongside a series of photos showing Stormi in her finery. “I cant handle this!!!!”

The 2019 Met Gala also caused a fight between Kourtney and Kim, as documented on an episode of Keeping Up With the Kardashians. When the Skims founder FaceTimed her elder sister to give her a preview of her Thierry Mugler afterparty look, the wellness guru told her it looked like a Halloween costume.

“I have been planning my Met look since last year and she was just so rude in front of the whole Mugler team,” Kim said during the episode. “It’s all super embarrassing and I can’t even stomach it.”

On Monday, Kim turned heads an all-black Balenciaga outfit that covered her entire body and face while Kendall honored Audrey Hepburn in a Givenchy gown. Kris was also at the “In America: A Lexicon of Fashion”-themed event with boyfriend Corey Gamble.