Peter Campion, a retired firefighter from Tolga, in Queensland’s Tablelands region, will run for the federal seat of Kennedy. 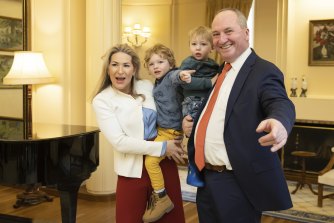 The father of Barnaby Joyce’s partner Vikki Campion, Peter Campion, has announced he will run for the seat of Kennedy in next year’s federal election.Credit:Alex Ellinghausen

His daughter is political staffer Vikki Campion, who is the mother of two children with Mr Joyce.

After the news of their relationship broke in early 2018, Mr Campion told the Cairns Post Mr Joyce must “put the ‘coal’ back into ‘Coalition’” and “should give himself an uppercut” for failing to stop then-prime minister Malcolm Turnbull’s emissions reduction policies.

He said in a statement on Thursday he was motivated to join the United Australia Party “to take our democracy back”.

Mr Katter has held Kennedy since 1993 and won it with a 13-point margin at the last federal election. 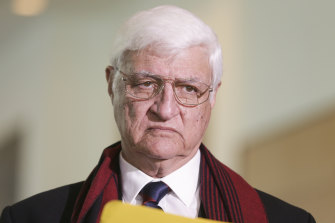 Independent MP Bob Katter held his seat with a 13-point margin at the last election.Credit:Alex Ellinghausen

“I think all members of the community appreciate Mr Katter’s service to the people of Queensland and recognise that he is entitled at his age to spend more time with his family,” Mr Campion said.

The UAP candidate for Kennedy in 2019 won 6.66 per cent of the primary vote, coming in behind Mr Katter and the Liberal National Party and Labor candidates.

At the 2020 Queensland election Mr Campion ran as an independent candidate for the seat of Hill, a coastal electorate which takes in the area around Innisfail. He came second last out of seven candidates, winning just 414 votes.