Eric Andre says that, sometimes, you just have to suffer for your art.

The comedian and actor says that one of those times came while filming his new “Jackass”-style prank flick, “Bad Trip,” in which he pretends to get his penis stuck in a Chinese finger trap with co-star Lil Rel Howery.

Even though the cringe-inducing incident was faked for the camera, doesn’t mean it was a walk in the park for Andre.

“It was tough, it was tough,” he joked to Page Six. “It was a lot of emotional pain.”

Andre who stars in the Adult Swim talk show parody “The Eric Andre Show” revealed that the success of the movie on Netflix is “completely insane” and is a “total rags to riches story.” 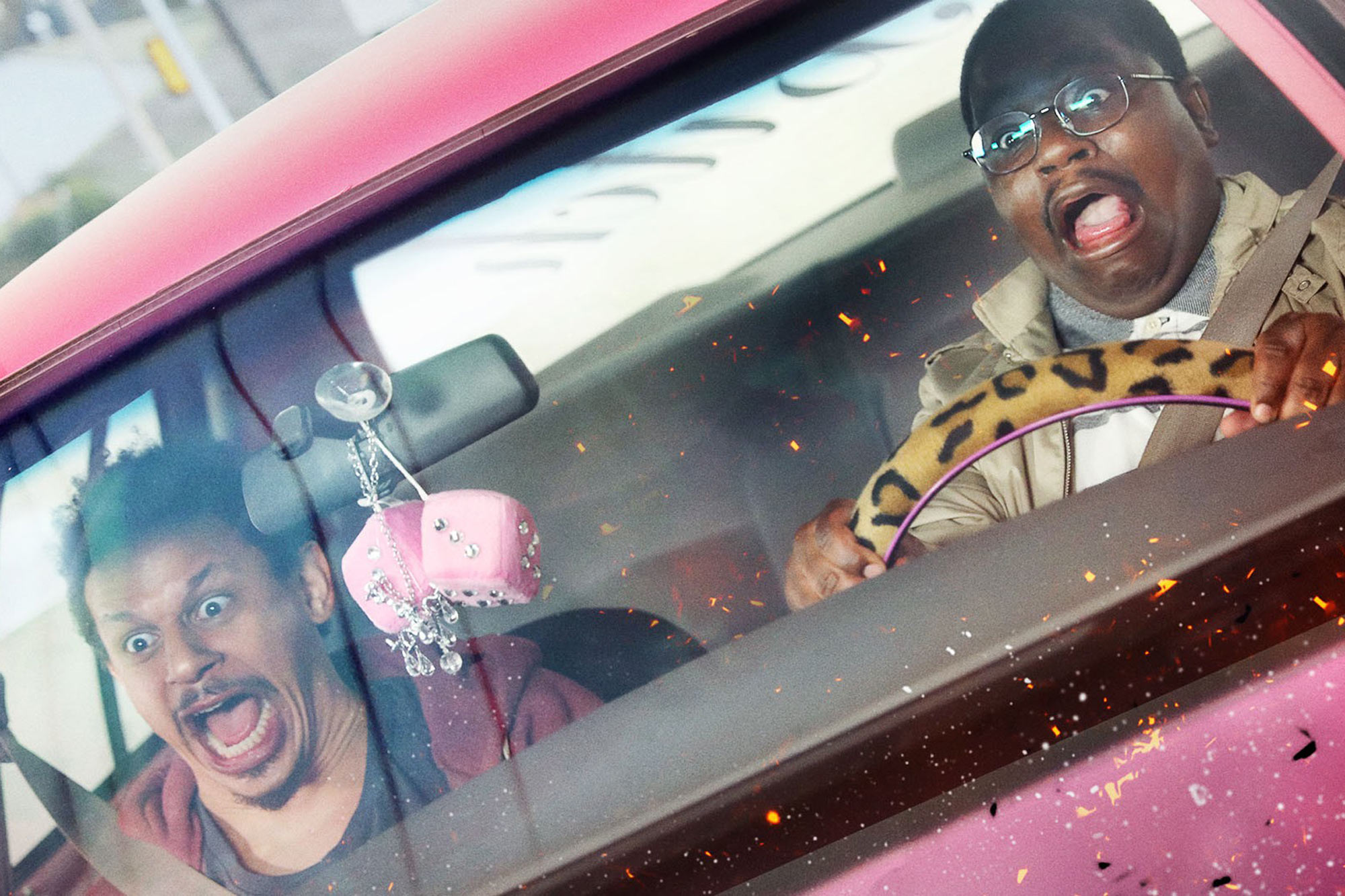 The comic, who turns 38 on April 4, said that originally the movie was going to be released theatrically and have its’ premiere at the 2020 South by Southwest festival.

Andre was just days away from flying to Austin, Texas, and then the world stopped because of COVID-19.

“It all vanished and then the movie was nowhere,” he remembered. “It’s not like Netflix bought it the next day, the world was in the abyss. For a second I was like, ‘I just worked on this thing for six and a half years and almost got murdered a couple of times doing it and it’s never going to see the light of day,’ and then thank God Netflix scooped my orphan child up and gave it an incredible home.”

Andre confessed that initially, he felt conflicted voicing any disappointment in this career catastrophe with the pandemic raging.

“At first I was like, ‘I can’t complain about this in public!’ I was like, ‘God, thousands of people are dying, who am I going to complain to except my therapist and my parents?’ Yeah, it was all of my life’s work building up to this movie so I felt emotionally shattered,” he admitted.

One person who was a huge help was fellow prankster Sacha Baron Cohen, who invited Andre and the movie’s producer and director to his home to screen a very rough cut of “Bad Trip.”

He says that Johnny Knoxville has also been supportive.

“To me, they’re my idols,” he gushed. “They’re the Mount Rushmore of pranks. I’m honored and flattered to have their support.”