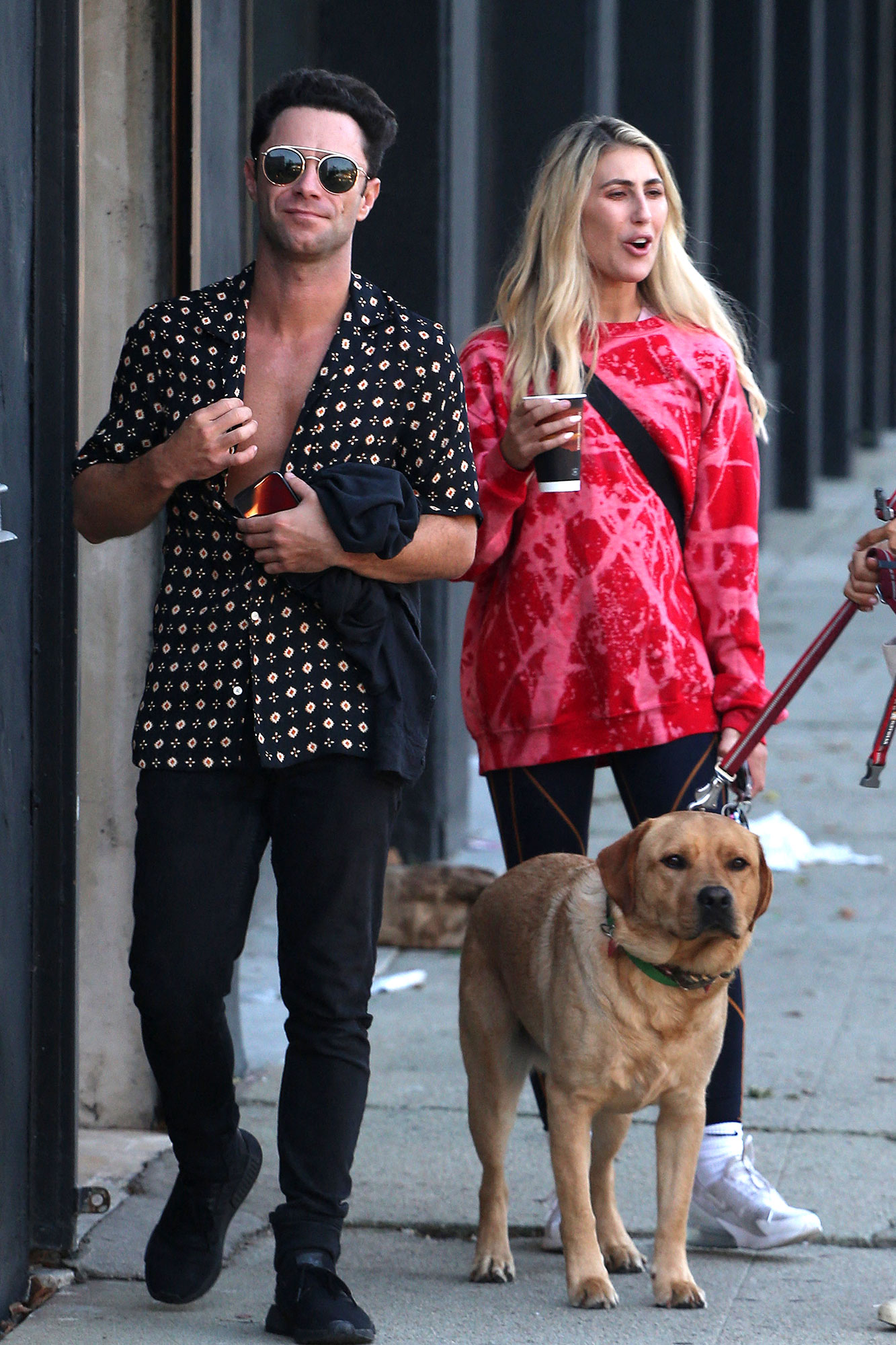 On good terms. Dancing With the Stars pros Emma Slater and Sasha Farber were spotted together for the first time since it was confirmed they called it quits.

The Australia native, 38, went for a walk in Los Angeles with his season 31 partner Selma Blair on Thursday, September 15, and the pair were joined by Slater, 33, for their outing. Though news of their split broke less than one month ago, both dancers appeared to be in good spirits and were photographed smiling and chatting while hanging out with the Cruel Intentions star, 50. Slater’s partner, Trevor Donovan, did not join them for the stroll.

The trio then stopped and said goodbye before Slater walked off in a different direction. 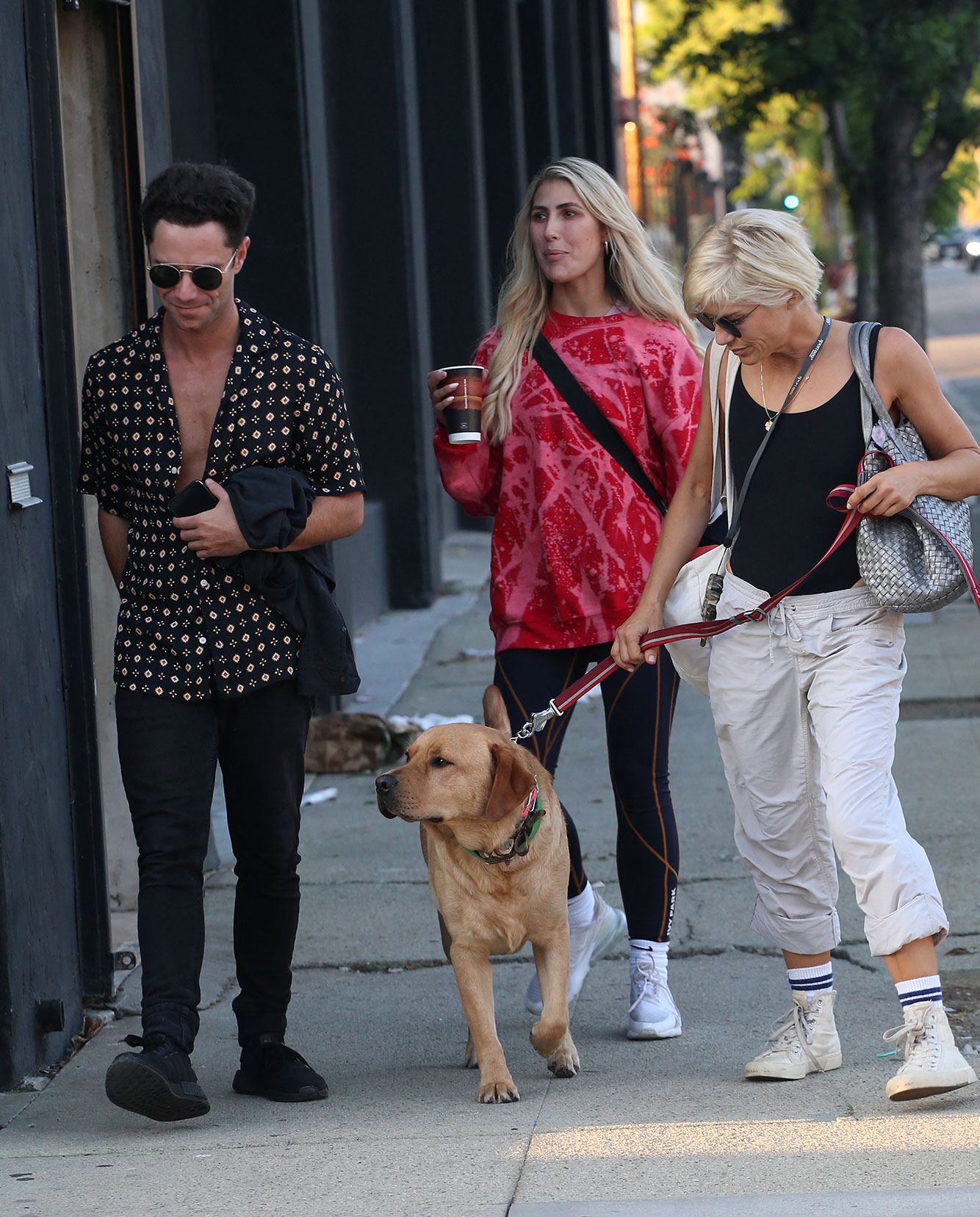 Us Weekly confirmed in August that the Simply Ballroom star and Farber split after four years together. “They’ve been apart for many months now,” a source told Us at the time. “They both have not been wearing their wedding rings and are each leading a single life.” The insider added that it was a “tough decision” for the former couple to make.

“It’s been a difficult time since they really care about each other and have been together for so long,” the source continued, adding that neither Slater nor Farber has filed for divorce yet. While they’re “figuring out” their relationship post-split, the twosome are “leaning on friends for support.”

The insider also noted that the duo doesn’t want their breakup to affect their performances on Dancing With the Stars. “[They will] continue to work together as professional dancers” as​ they did during their brief split in 2014, the source said. “They’re pros and won’t let their personal life get in the way of DWTS.”

Farber and the England native were first linked in 2011. Despite calling it quits in 2014, the pair reconciled and he popped the question during an episode of DWTS in 2016. Two years later, Us exclusively revealed that they had tied the knot in Los Angeles. “We are on top of the world right now. It was the most amazing day. It was absolutely amazing. Nothing went wrong. It was brilliant,” Slater gushed to Us in March 2018. “It was incredible. I kept thinking, ‘This isn’t normal. This isn’t normal. This should not be happening.’ It went so well and it was a party from the moment we got upstairs to the reception till really late.”

In November 2021, the Mamma Mia! actress opened up to Us about how she and Farber managed to keep their personal and professional lives separate. “I think we do a really good job of separating our work life from our home life, which is crazy because we literally [do] everything together,” Slater said at the time. “So, it is hard to separate it. For some reason, we do a really good job with that. It’s just, like, it doesn’t get to us in our personal life.”

‘Dancing With the Stars’ Season 31 on Disney+: Everything to Know

The former mirror ball champ added that even though there has “always been” a sense of friendly competition between them, she and her then-husband always root for one another. “He’s a very supportive person, like, so supportive and I am too by nature,” Slater said. “So, we can’t really be any other way.”