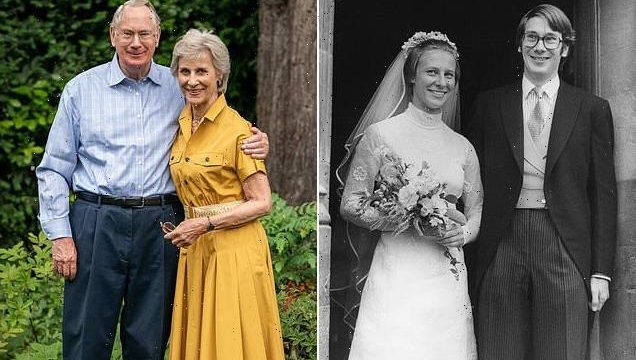 Golden years! Queen’s cousin the Duke of Gloucester and his wife look glowing as they pose for portrait celebrating their 50th wedding anniversary

A new photograph has been released to mark the golden wedding anniversary of the Duke and Duchess of Gloucester.

Richard and Birgitte, who married on July 8, 1972 at St Andrew’s Church in Barnwell, Northamptonshire, were photographed earlier this week, in the garden of their Kensington Palace home.

The duke, 77,  who is the Queen’s cousin, stood with his arm around his wife’s shoulder and sported a light blue shirt and dark trousers for the shot.

Birgitte, 76, wore an suitably apt golden yellow shirt dress and gold chain necklaces and held her glasses in her hand. 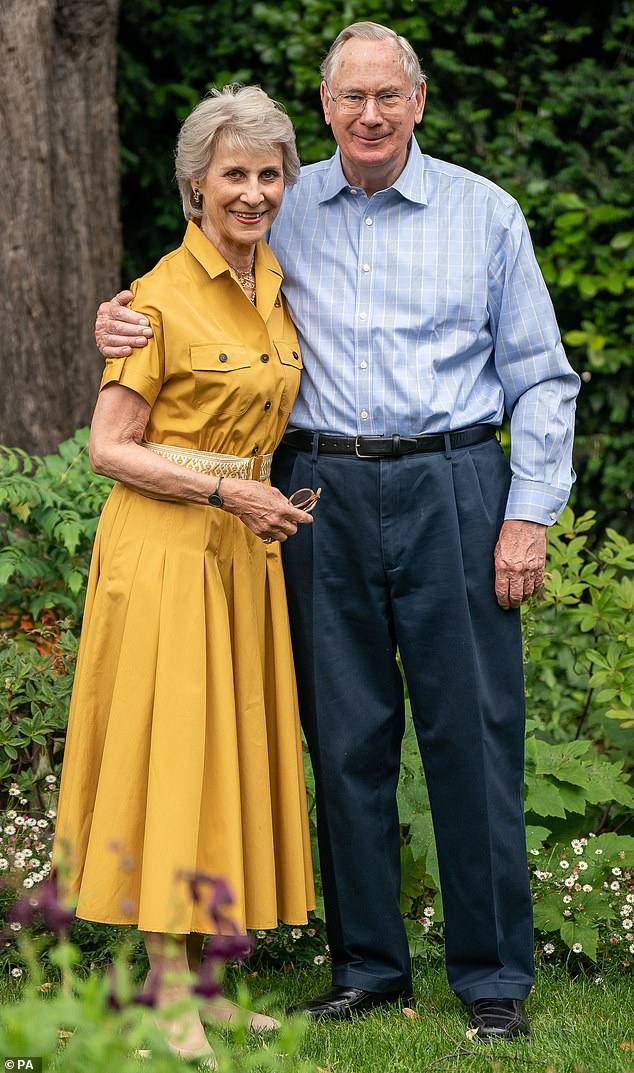 Richard and Birgitte smiled together for the new image, released to mark their 50th wedding anniversary and taken in the garden of their Kensington Palace home 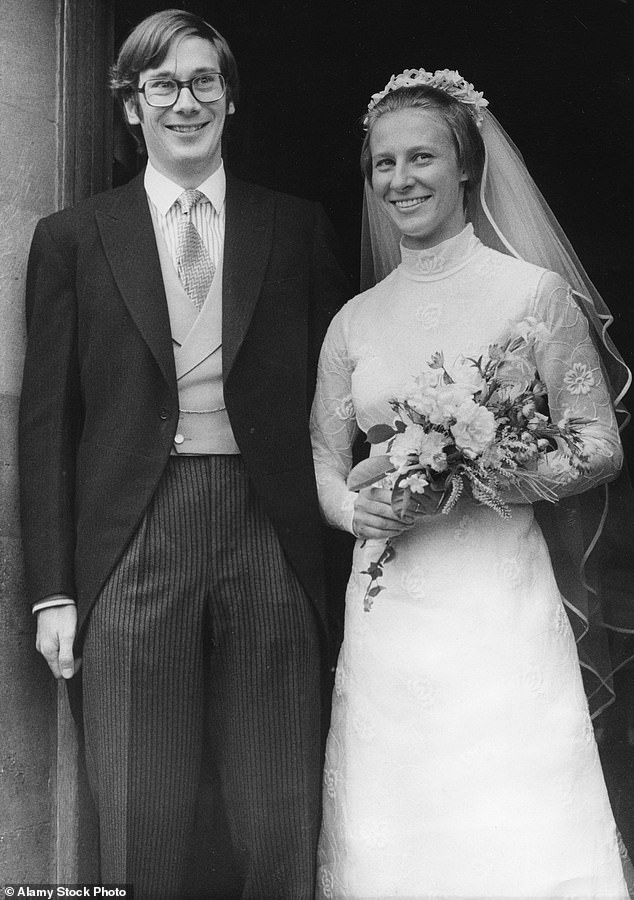 The couple married on 8 July 1972 in Northamptonshire. They were not expecting to work in royal life but did after his older brother died seven weeks after their marriage and Richard became heir to his father Henry Duke of Gloucester

Birgitte also wore a treasured brooch which was designed by her husband and made of an entwined R and B.

She opted for minimal makeup, with a sweep of light eyeshadow and pale pink lipstick to complete her look.

Her husband was born Prince Richard of Gloucester and met his Danish future wife, Birgitte van Deurs, who was studying at the Bell School of Languages, at Cambridge University in 1965.

He was working as an architect but cut his career short when his older brother Prince William of Gloucester tragically died in a plane crash seven weeks after their marriage. 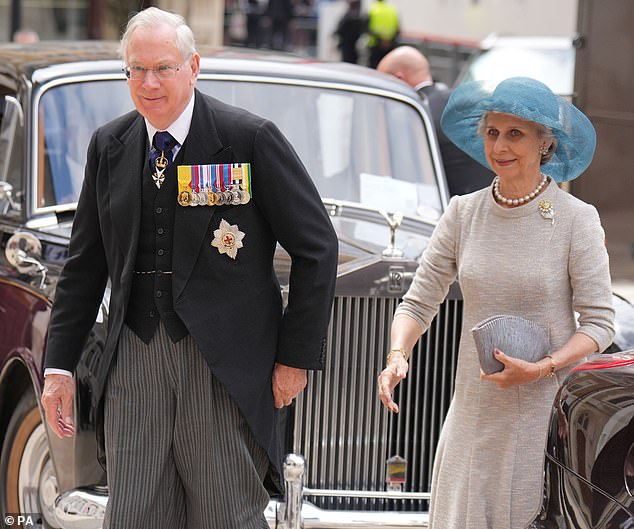 Richard then became the heir to his father, Henry, Duke of Gloucester- one of George VI’s brothers.

Prince Richard and Birgitte had not expected to embark on a life of duty but did so after their marriage when he became the heir.

They have spent 50 years as working royals and visited charities and organisations carrying out hundreds of engagements together for sectors such as humanitarian issues, the environment and veterans.

These are listed in the daily Court Circular but rarely reported on in the media.

Second to Princess Anne, the Duke of Gloucester was named as one of the hardest-working royals, with 13 engagements booked in for July.

Alongside his wife, they were named the hardest-working royal couple, with a total of 22 events combined for July.

They will have two joint visits- the Platinum Jubilee concert at St Alban’s Cathedral and July 29  at the Annual Treasurer’s Reception in London.

The duke reportedly has a close relationship with his first cousin the Queen and sees his role as supporting her and helping to share the responsibility of regional visits. 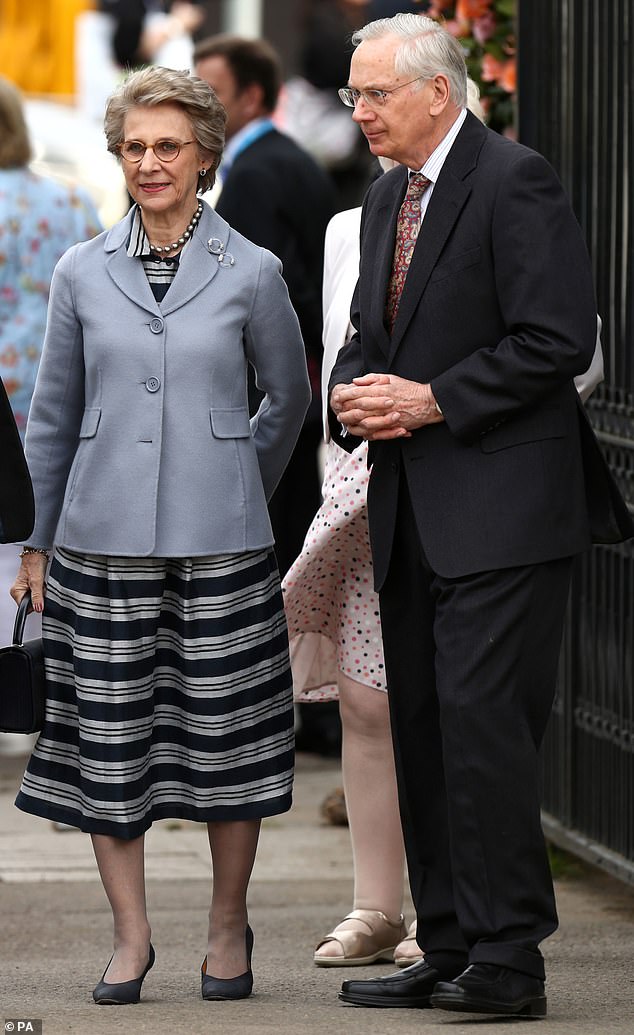 The duo, pictured arriving at the RHS Chelsea Flower Show in 2019, were named the hardest-working royal couple

He has also represented her at events over the last decade and appeared at several occasions for her Platinum Jubilee celebrations including Trooping the Colour and Party at the Palace.

The Duke and Duchess were photographed on the balcony at the Trooping the Colour RAF flypast.

They appeared as part of a slimmed-down Royal Family line-up for the event, alongside other royals.

The Gloucesters have three children – the Earl of Ulster, Lady Davina Windsor and Lady Rose Gilman.