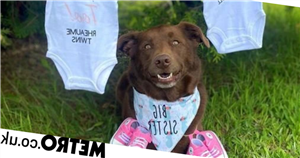 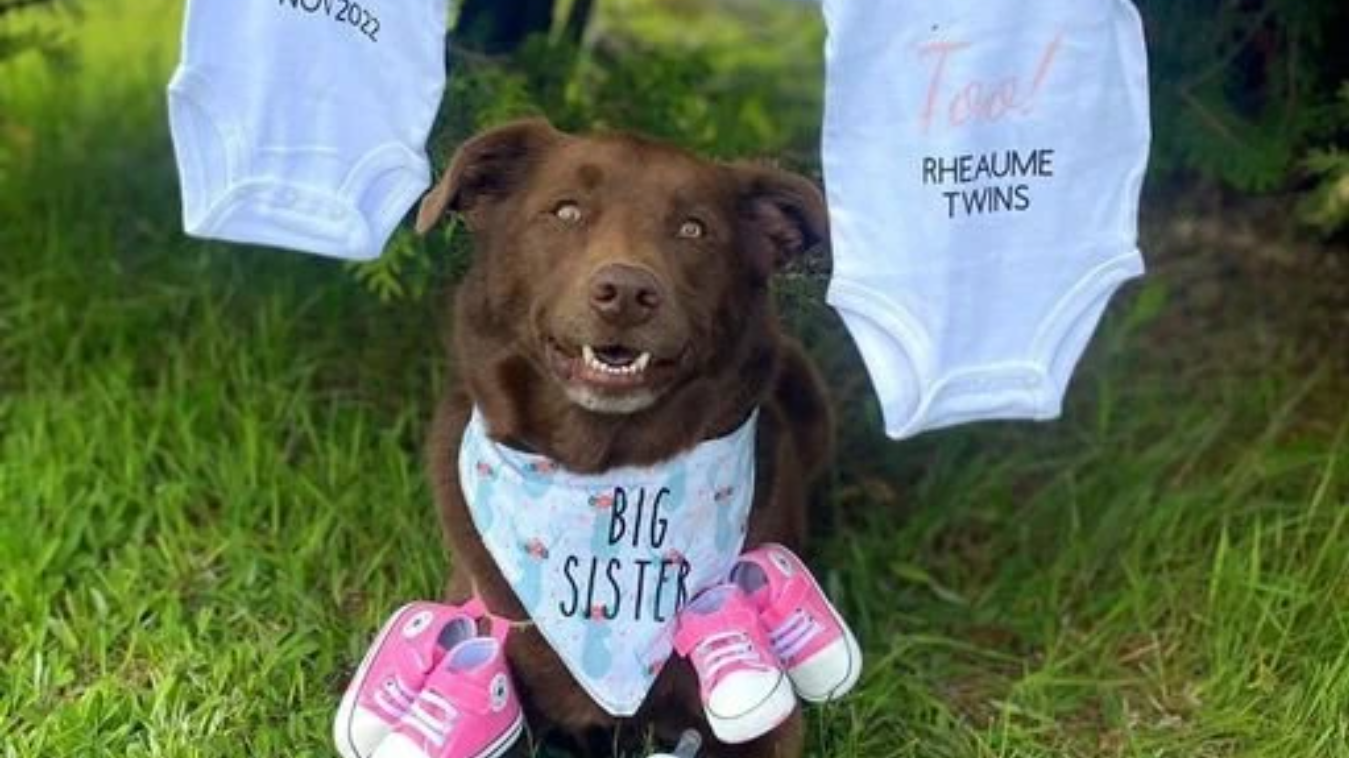 A very clever dog has learned how to be the perfect big sister to her owners’ new baby twins.

Lucy the Labrador and husky mix has learned how to fetch nappies and bottles, tidy up toys and even wake owners Joshua Rheaume, 32, and Kelly O’Brien-Rheaume, 30, up when the babies cry.

The clever pooch can also get Joshua his asthma medication while he holds his daughters Lilly and Lennon, who were born in November this year,

Joshua, Geoscience coordinator, said: ‘It took her about a week to grow accustomed.

‘We would sit on the couch with the girls, and she would want nothing to do with us.

‘Now she walks over to check on them all the time.

‘When people hold them for the first time, Lucy watches them.’

Lucy has been an important part of the couple’s family since they adopted her in August 2016 – the same day Joshua lost his job.

Joshua said: ‘I knew she needed me as much as I needed her.’

Lucy was found straying by a stranger after the rest of her litter died.

After Kelly’s mother saw a post on Facebook, she picked her up and gave her to the couple.

Kelly and Joshua, who live in Sudbury, Massachusetts, USA, fell in love with the pup instantly.

Lucy was even a flower girl at their wedding, and she’s certainly not been replaced by the arrival of the twins.

‘Lucy is our daughter, we were told by multiple people that when we had kids she would take the wayside, she hasn’t,’ Joshua said.

‘Emotionally she means everything to our family.

‘I hope she’ll stay protective over the girls as they get older, I really want her to be their best friend.

‘Lucy is seven now and she’s starting to get grey hairs on her chin, it’s incredibly sad to think that there will be a day when she’s not here anymore.

‘She has absolutely made being a parent easier, I’m confident falling asleep on the couch, knowing she’ll wake me up if the girls are crying.

‘Having the ability to send things over to my wife through Lucy is incredible, it’s so helpful.’