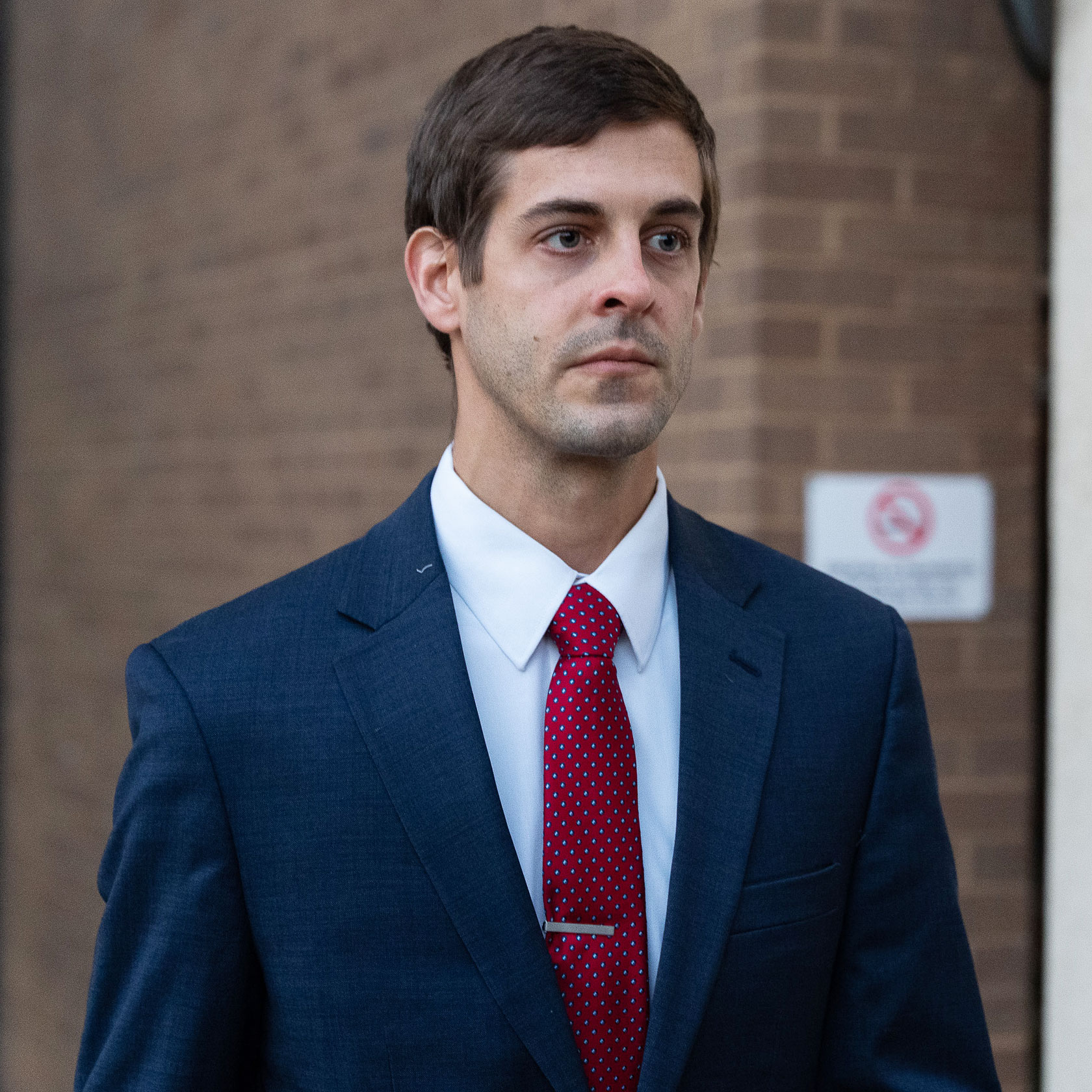 After Josh Duggar was found guilty on two counts of receiving and possessing child pornography, Derick Dillard explained his reasoning for attending the trial — and reacted to the news.

“We just wanted to, among other things, see the facts for ourselves,” Dillard, 32, who is married to Jill Duggar, told People on Thursday, December 9, following the verdict. “America is the best country to get justice.”

One week after his trial started, the former reality star, 33, was convicted on Thursday according to local news outlet KNWA. Duggar is set to be sentenced at a later date, but he faces up to 20 years in prison and $250,000 in fines for each charge.

His parents, Jim Bob Duggar and Michelle Duggar, originally issued a statement to Us Weekly after their son’s April arrest without bail.

“We appreciate your continued prayers for our family at this time. The accusations brought against Joshua today are very serious,” their statement read. “It is our prayer that the truth, no matter what it is, will come to light, and that this will all be resolved in a timely manner. We love Josh and Anna and continue to pray for their family.”

That same month, his sister Jinger Duggar reflected on how Josh’s previous scandals helped them strengthen their family over the years.

“Our family was way closer because of that, and in spite of that, I guess you’d say,” the Hope We Hold author, 27, told Us in April. “I will never forget how I felt in that moment. And I think even everything that happens in our lives — because we’re in the public eye — it makes it more challenging because then it’s not just dealing with these things inwardly, but you have to give an answer to the world. That makes it a much tougher thing to walk through.”

The political activist previously made headlines in 2015 when his molestation scandal came to light. Josh was accused of molesting five girls between 2002 and 2003 when he was 14 and 15 years old, including some of his sisters.

Amid the Arkansas native’s recent legal issues, TLC confirmed that the Duggar family would no longer be featured on their network.

“TLC will not be producing additional seasons of Counting On,” the network said in a statement to Us in June, referring to the series that first debuted in 2015. “TLC feels it is important to give the Duggar family the opportunity to address their situation privately.”