AN odd-shaped Pringle which folds back on itself at one end has been put up for sale on eBay — priced at £650.

The incorrectly-formed snack is described as “extremely rare” on the listing. 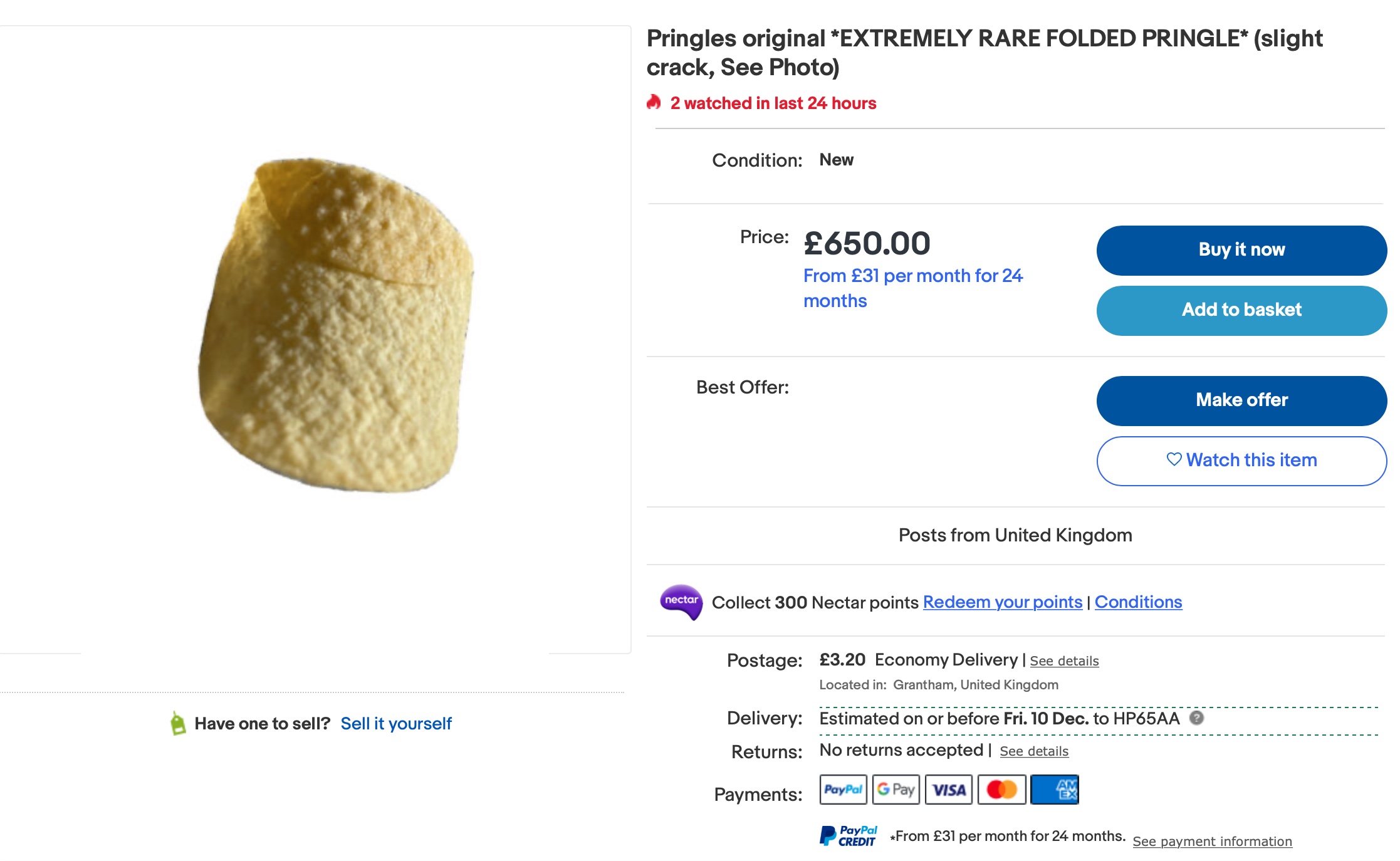 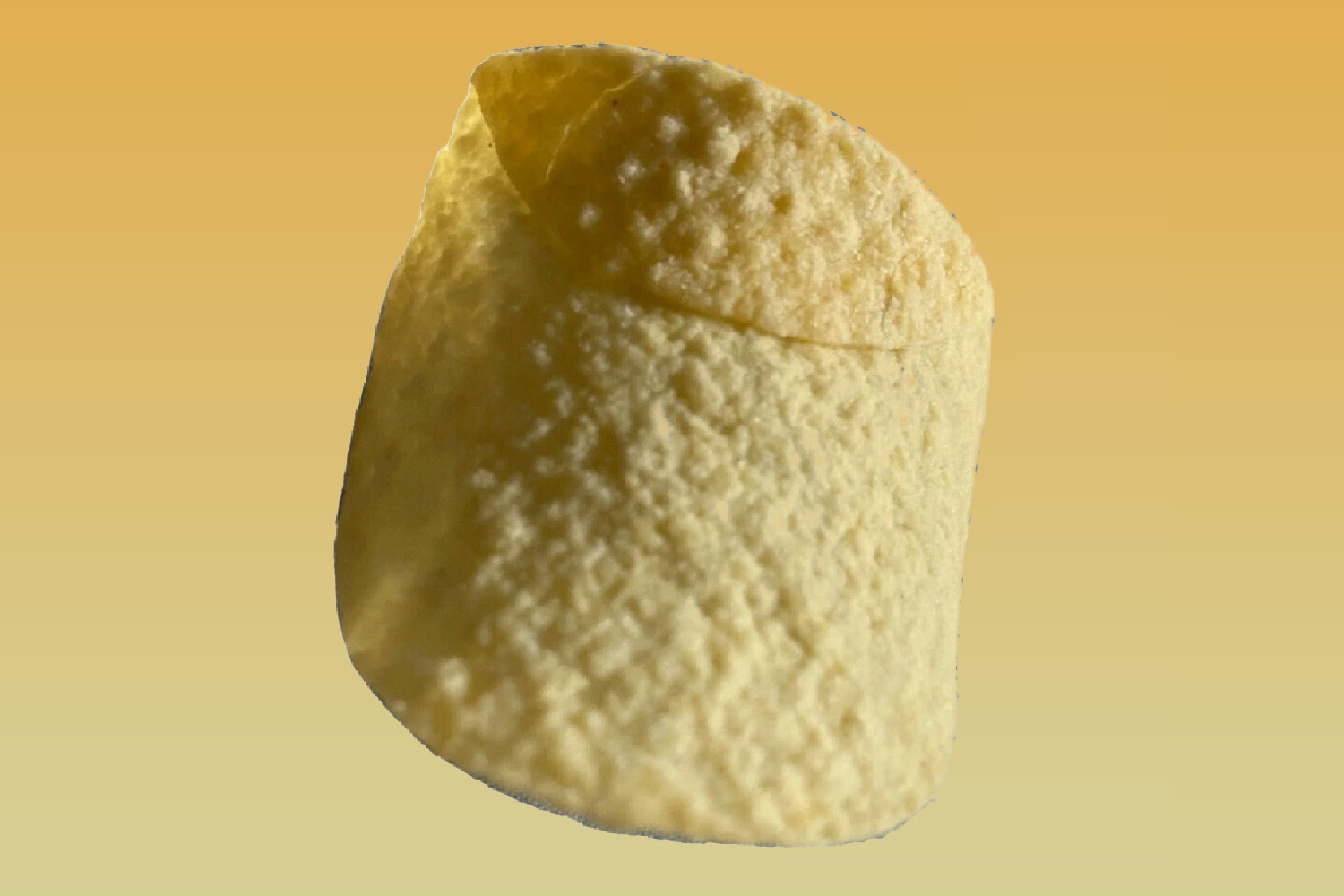 The Original salted Pringle does not expire until January 2023 — but it does have a crack on the unusual extra flap which puts it in danger of snapping, which would render the crisp virtually worthless.

The optimistic seller reckons its originality due possibly to a manufacturing defect is worth the price tag.

Anyone desperate to land the Pringle who cannot afford it now can get financing from £31 a month over two years. That would make the final cost £744 — £94 over the asking price.

The buyer must also pay £3.20 for delivery from Grantham, Lincs.

Pringles have long been a party and Christmas staple in the UK.

They were marketed with the slogan “Once You Pop, You Can’t Stop” due to their moreish nature.