Lawsuits against Danny Masterson must go through Scientology mediation

Rape case against ‘That 70s Show’ actor to move forward

One of actor Danny Masterson’s accusers delivered tearful testimony this week in a California court, claiming she was drifting in and out of consciousness on a night 18 years ago when she said she found him raping her.

“When I came to, he was on top of me,” the woman, who identified herself as Jen B, said Tuesday in Los Angeles Superior Court. “The first thing I recall is grabbing his hair to pull him off.”

Jen B. took the stand for a preliminary hearing where a judge will rule whether there’s probable cause to call for a trial for the “That ’70s Show” actor, who is accused of raping three women nearly two decades ago.

The woman — who describes herself as a second-generation Scientologist — testified that she and Masterson were part of the same social circle who were linked to the Church of Scientology in the late 1990s and early 2000s.

She said the rape occurred when she went to Masterson’s house to pick up a set of keys on April 25, 2003, and got stuck there.

Masterson — who has pleaded not guilty to all the charges — gave her a vodka cocktail at her request, and she found herself “blurry,” weak and queasy 20 minutes later, she said.

She testified she had no strength to resist as Masterson tossed her in his jacuzzi — and that when she got out, she couldn’t stand on her own and needed help from a mutual friend, Luke Watson, to do so. 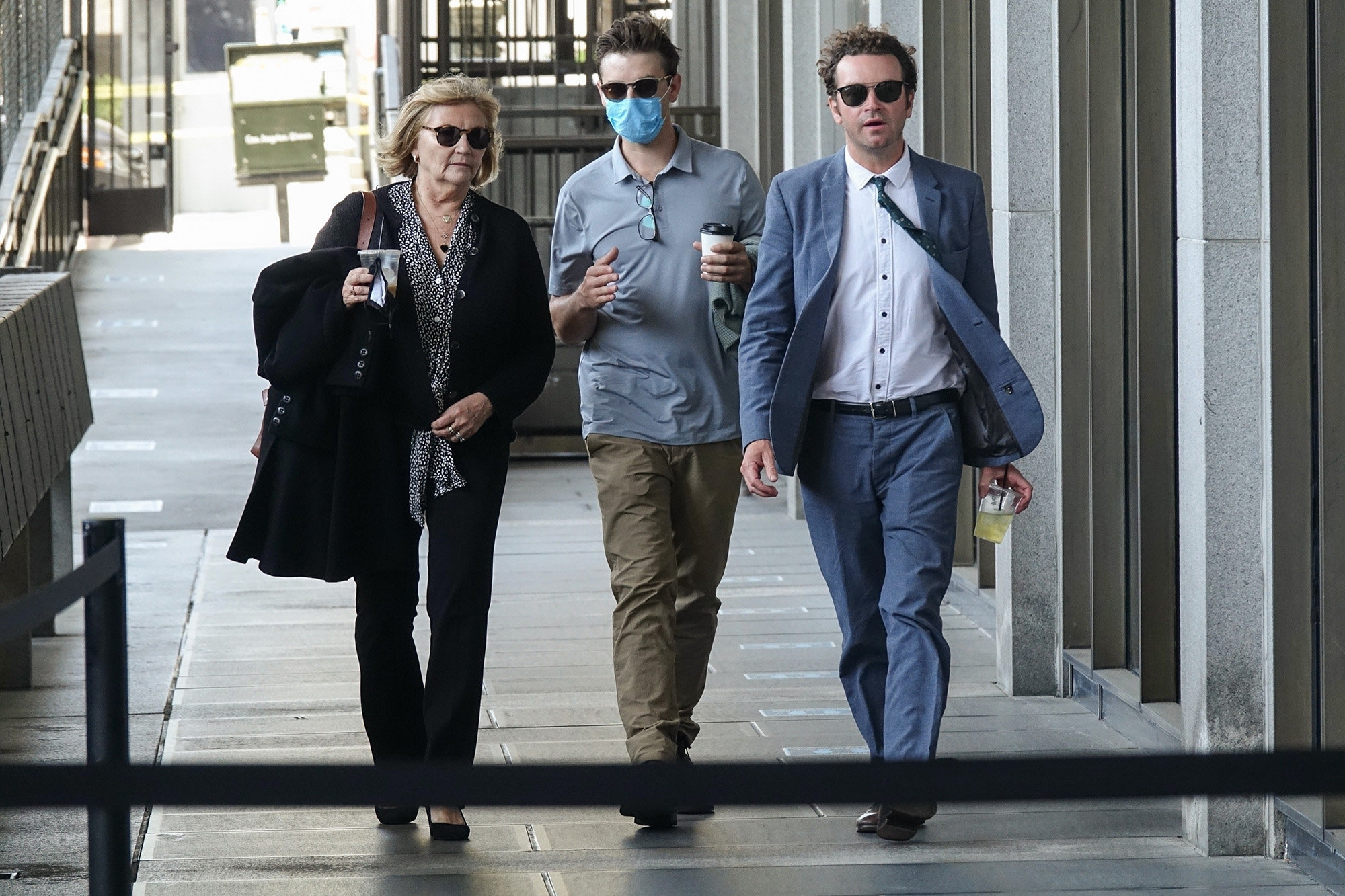 “I couldn’t walk or stand, so he put me on the tile on the ground,” said Jen B., who began sobbing on the stand. “I said, ‘Luke I can’t see,’ and he said, ‘Open your eyes,’ and I didn’t know my eyes were closed. I couldn’t open my eyelids. I felt really, really sick.”

She said Masterson carried her upstairs, where she threw up and was put in the shower.

While in the shower, she began to lose consciousness but awoke to find Masterson washing her bare breasts, she said.

She testified that she attempted to hit him in the face, but was too weak and landed only softly on his chest. 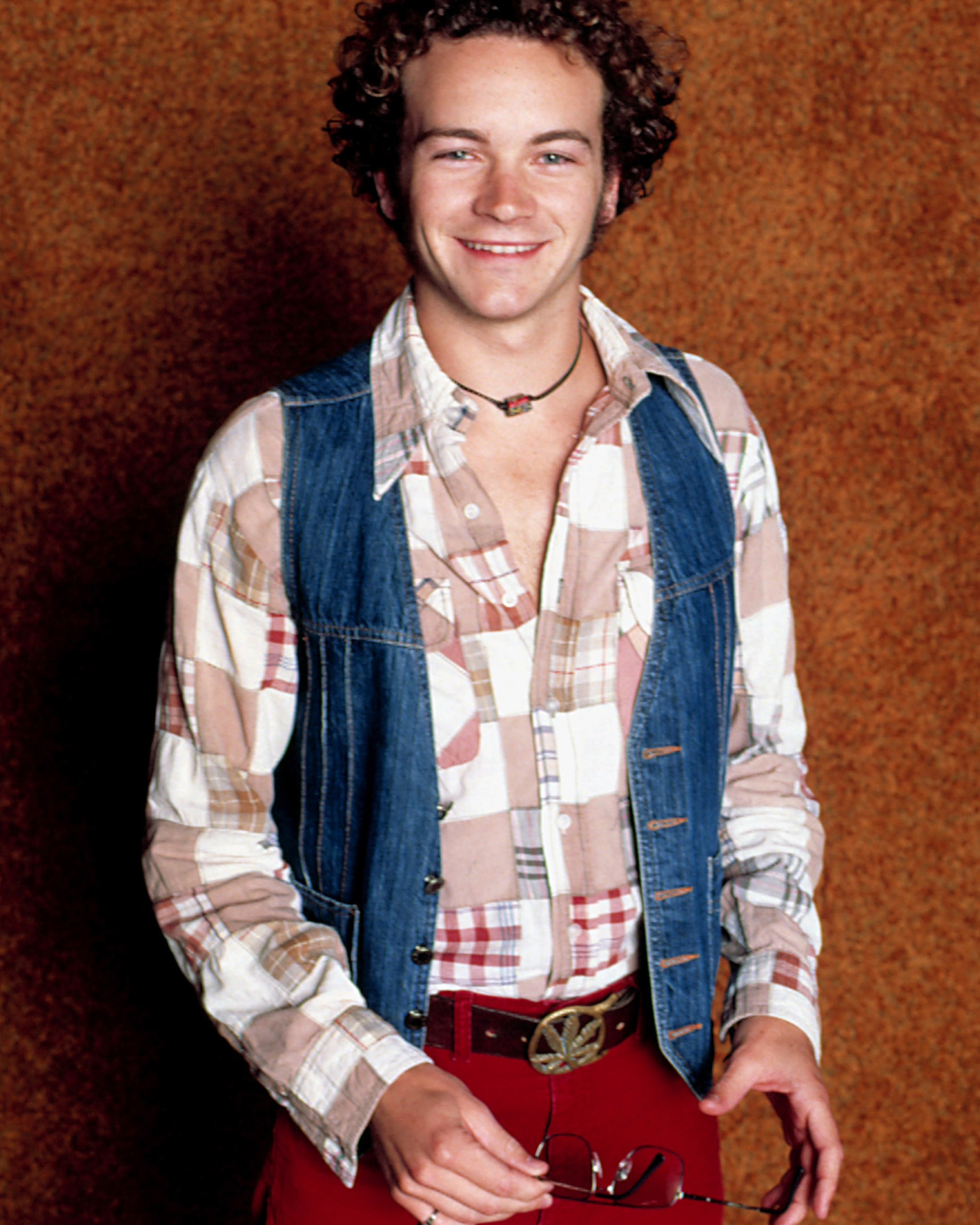 The woman said the actor then placed her on the bed and raped her, though she only has flashes of memory in the minutes that followed.

She said she recalls that she tried to get Masterson off her by pulling his hair then put a pillow in his face, but he pushed it back on her.

She also said that he grabbed a gun from his nightstand drawer to threaten her.

During cross-examination, Mesereau challenged her on inconsistencies between her 2004 police report and one that she filled out for the Church of Scientology the year prior as they tried to mediate the situation.

She acknowledged that there were differences, but insisted that she gave truthful accounts in every case. 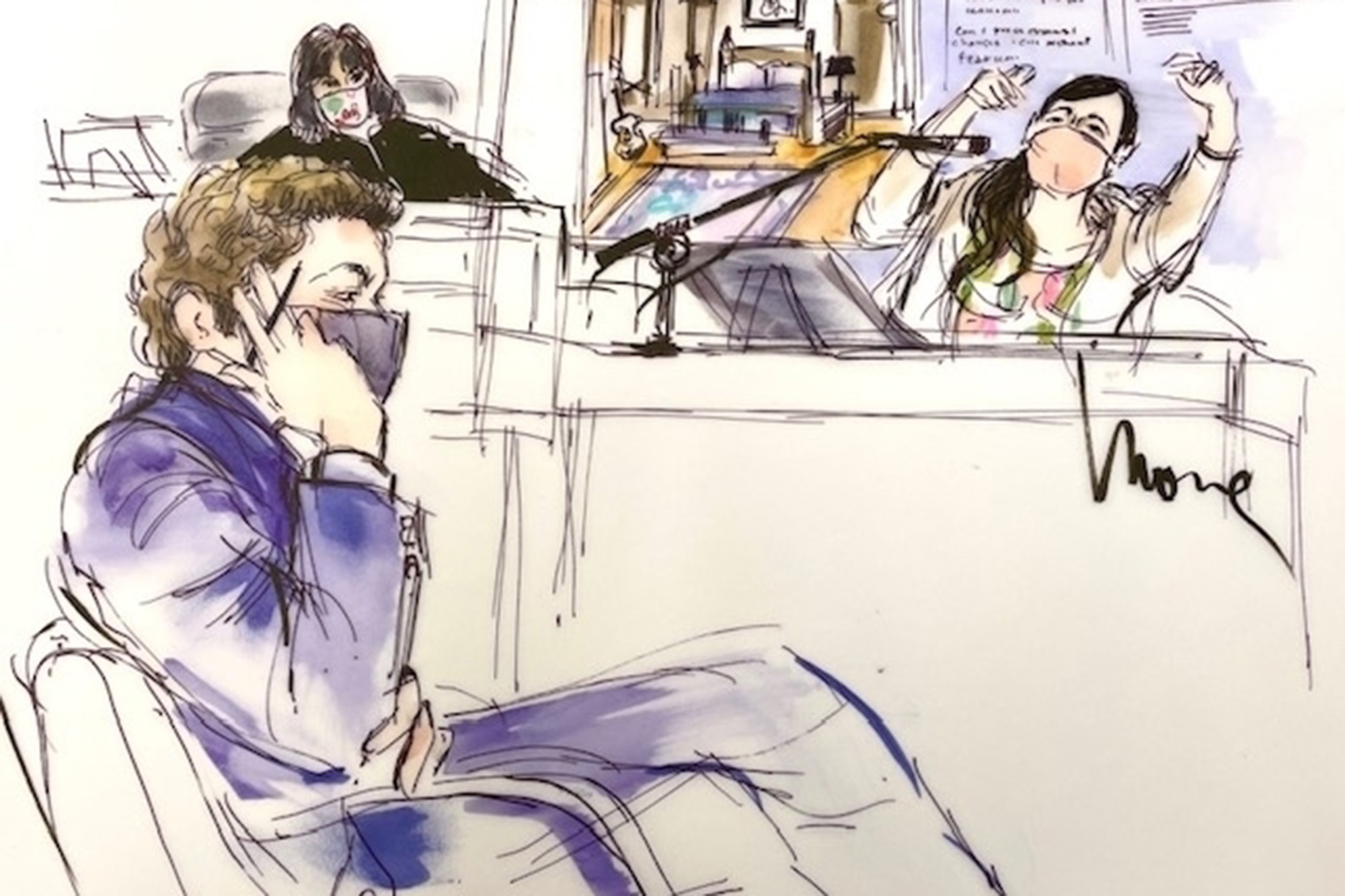 She also testified that the leadership of the church, of which her parents and all her friends were members, strongly urged her not to go to the police.

“I would lose my family and everyone I knew,” she said.

Masterson, 45, took occasional notes throughout the hearing, which is expected to last three more days.

He has been charged with three counts of rape in three separate incidents that occurred between 2001 and 2003,