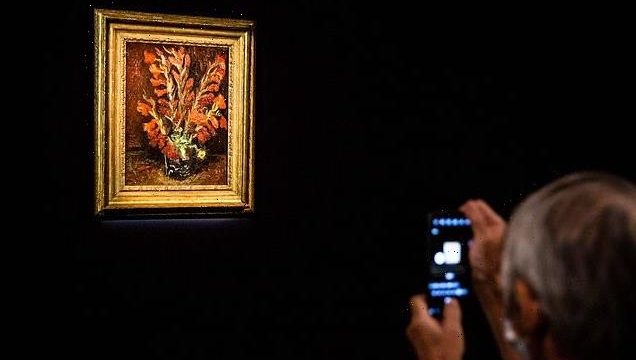 CRAIG BROWN: Anyone for a whoredove before dinner? Or how the snooty Kennedy clan poked fun at LBJ’s Texan drawl

All Systems Van Gogh’ ran the headline in the entertaining American online magazine Air Mail, to tie-in with a new touring exhibition.

It’s a good pun, but lost on those of us who are not American. Whereas Americans tend to pronounce the artist Van Go, to rhyme with no, the British pronounce him Van Goff, to rhyme with toff.

Needless to say, both are wrong. A few years ago, I discovered that the Dutch, who surely know best, pronounce it ‘Fun Khokh’, with each ‘kh’ pronounced as in ‘loch’.

Who knows? Perhaps the Dutch way of saying it sounds too ribald to English-speaking ears, and that is why the Americans and British prefer to alter it.

Even though I know I shouldn’t say ‘Van Goff’, I still do. It’s what I’ve grown used to, and what other people have come to expect. 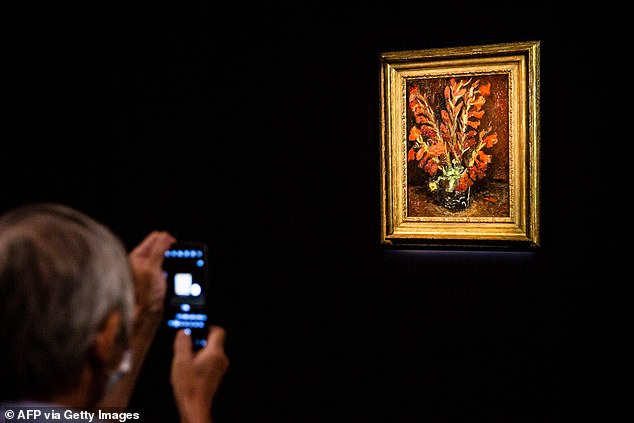 All Systems Van Gogh’ ran the headline in US magazine Air Mail, to tie-in with a new touring exhibition (pictured in Hong Kong). It’s a good pun, but lost on those who are not American

Similarly, I continue to pronounce Degas ‘Daygar’, to rhyme with radar, even though some time ago I read that the correct pronunciation is ‘Duhgar’, with the emphasis on the ‘gar’. Some people even insist that the final ‘s’ should not be silent.

Where pronunciation is concerned, the pressure to conform is hard to resist.

Everyone used to say the final syllable in Edward Elgar as in ‘sugar’, but now we all emphasise the ‘gar’ to rhyme with far, because everyone would think us silly if we didn’t.

This is why I always admired a great-aunt of mine who lived in Majorca, and insisted on pronouncing it exactly as it is written — Maj to rhyme with cadge, followed by ‘or’ to rhyme with door — rather than Mee-yor-ka, which is how most Britons say it, imagining themselves cosmopolitan.

Attempting to follow the Spanish pronunciation was as affected as saying ‘Espagna’ for Spain or ‘Paree’ for Paris. To her, calling it ‘Mee-yor-ka’ was even worse, being neither one thing nor the other.

Of course, the English language is full of booby traps, designed to embarrass the unwary.

Many of our place names were, until quite recently, never spoken as they were spelt, among them Cirencester (Sissiter), Daventry (Daintree), Marylebone (Maribun), Pontefract (Pumfrit) and Woburn (Woobun).

Hergest Ridge, Mike Oldfield’s follow-up album to Tubular Bells, drew its title from the hill on the border of England and Wales, which is correctly pronounced Hargest, with a hard ‘g’.

Most of these pronunciations have been abandoned by everyone other than the upper classes, who always like to signal their exceptionalism: one or two still say ‘weskit’ for ‘waistcoat’ and ‘goff’ for ‘golf’. 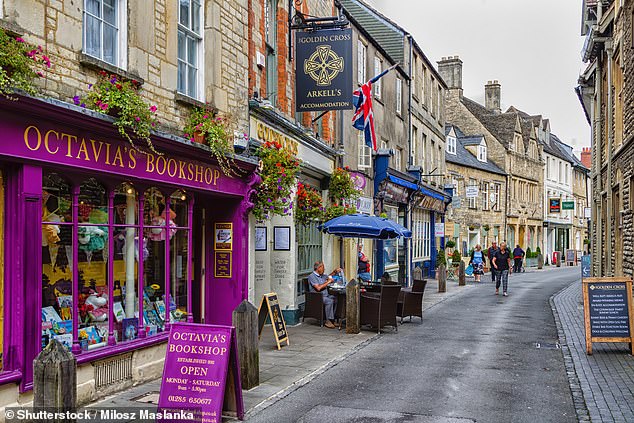 The English language is full of booby traps. Many of our place names were, until quite recently, never spoken as they were spelt, among them Cirencester (pictured in 2016) and Daventry

Posh surnames are riddled with pitfalls for those not up-to-speed with the whims of the well-to-do: thus, you are expected to pronounce Cecil to rhyme with whistle, Featherstonehaugh ‘Fanshawe’ and Cholmondeley ‘Chumley’. I like to think they feed their labradors Pedigree Cholm.

But America is, in many ways, just as hazardous. Arkansas is Arkinsaw, La Jolla is La Hoya, Yosemite is Yo-sem-it-tee, Schenectady is Ski-nek-tuh-dee, and Poughkeepsie is Pur-kip-see.

Mexia in Texas is correctly pronounced Muh-hay-yer, but its citizens are forgiving to outsiders. The city’s official slogan is: ‘A great place to live, no matter how you pronounce it.’

And the American ruling classes can be just as snobbish as the English. Thinking herself not quite grand enough, the fashion guru Diana Vreeland changed the pronunciation of her christian name to ‘Dee-ah-na’.

Margaret Thatcher’s classmates used to snigger at her father’s Lincolnshire pronunciation of the syllable ‘ew’ (‘a foo noo poopils this year’.

But, over in America, the snooty Kennedy clan were every bit as bad, holding JFK’s vice president, Lyndon B. Johnson, in what his biographer, Robert Caro, called ‘a contempt remarkable in its depth and intensity’.

The Kennedys poked fun at Texas-born Johnson’s lack of sophistication and, the moment he left the room, liked to imitate the way he mispronounced, ‘hors d’oeuvres’ as ‘whoredoves’.

Times change. Within living memory, it was considered correct to drop the ‘h’ from all sorts of words, but keep it in others.

The original 1926 edition of Fowler’s Dictionary of Modern English Usage advises that, ‘in the sentence, ‘Hunt has hurt his head’ it is nearly as bad to sound the ‘h’ of has and his as not to sound that of Hunt and hurt and head’.

These days, anyone who said ‘Hunt as hurt is head’, would be laughed at. Then again, we are all afloat on the sea of time: every time someone says ‘vunerable’ instead of ‘vulnerable’ on the television, I wince, but I know that in a few years’ time, I will be the sad old fuddy-duddy.