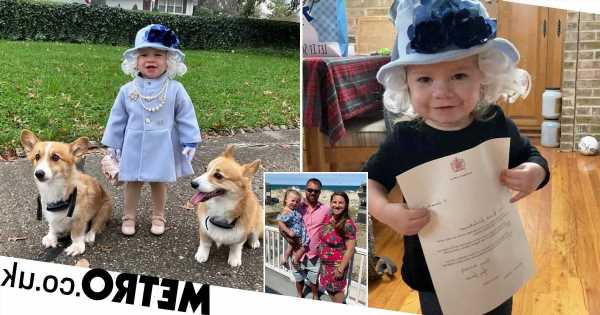 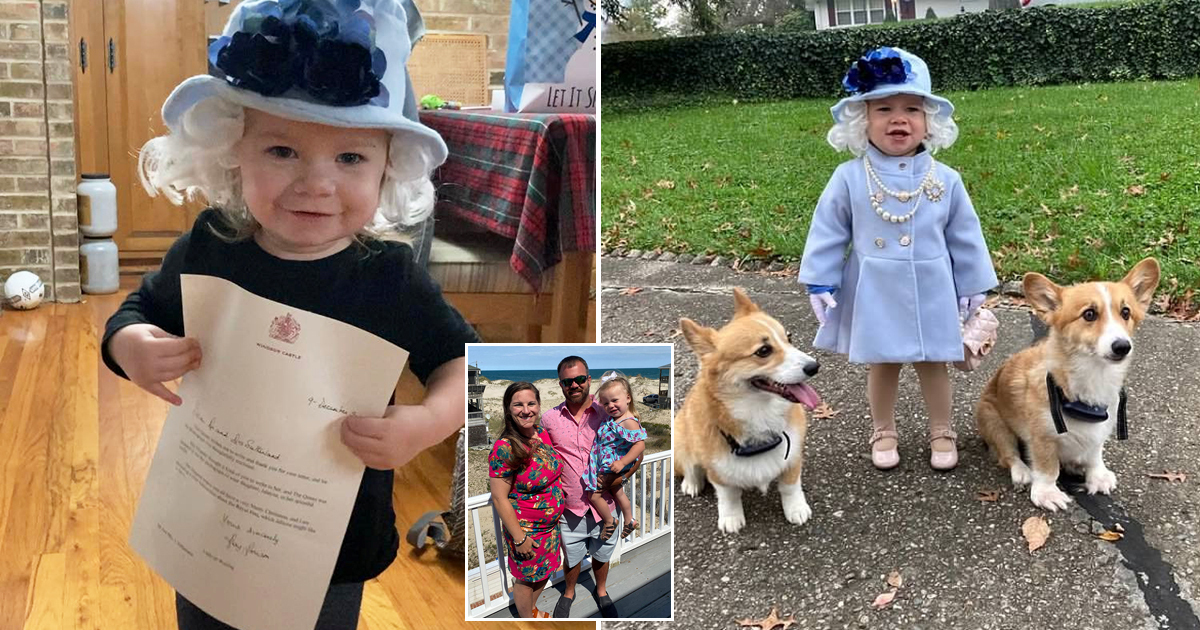 Katelyn Sutherland, 31, and her husband Aaron, 34, were stunned when they received a response to their letter to the Queen.

The couple had written to Queen Elizabeth II to share a photo of their daughter, Jalayne, now two, dressed just like the monarch.

A few months later, in December 2021, a letter arrived in the postbox.

The typed note from a lady-in-waiting said The Queen thought the outfit was ‘splendid’, thanked Katelyn for the photo, and wished the family a Merry Christmas.

Now, in light of the Queen’s death, Katelyn and Aaron are considering paying their respects by naming their unborn child Elizabeth.

‘We were really sad to hear that news, and although we don’t know her personally, we do feel connected to her, with everything that has happened with my daughter and the letter,’ Katelyn, who’s from Kentucky, said.

Her Majesty Queen Elizabeth II has died after 70 years on the throne, with her death announced by Buckingham Palace on September 8, 2022.

She died at the age of 96 surrounded by her family at her home in Balmoral, including her son and heir to the throne Charles, the Prince of Wales, and her grandsons, the Duke Of Cambridge, Prince William and the Duke of Sussex, Prince Harry.

‘Although she’s not our queen, given that we’re in the United States, she is definitely a role model to me and my daughter.

‘Now I’m pregnant, and we don’t know if it’s a boy or a girl, but my husband’s grandma is also named Elizabeth, so it is in the running as one of the names if it’s a girl.’

Full-time mum Katelyn dressed her daughter, then one, in a miniature Queen Elizabeth II outfit for Halloween last year, complete with a light blue coat and hat, white shoes, a miniature handbag, and a grey wig.

The couple have two corgis, who happily posed for the photo.

Katelyn said: ‘The biggest inspiration for the outfit was the fact that our dogs are our daughter’s best friends.

‘We wanted to do something where they could all be included together.

‘We are most definitely fans of the Royal family and truly admire how the Queen walks by faith.’

The proud mum took a picture of her daughter standing with their two pups, before later deciding to send the photo to the British monarch on a whim.

Katelyn said: ‘Truly, I never thought we’d hear anything, you know, because to me being in the US, she’s so far away and out of reach.

‘But the fact that she took time out of her day to send us something small like that back was just so amazing and heart-warming. It was just amazing.’

Katelyn says the treasured letter, which hangs in her dining room, will serve as a reminder of The Queen’s reign.

She said: ‘I’m very grateful that I have our letter to hold onto as something from her.

‘But I mourn the part that my daughter won’t have her as a constant, like I did throughout my life.’

Katelyn feels the new King Charles III would do a ‘wonderful job’ as the new British monarch but added that no person could ever be ‘as great’ as Elizabeth II.

‘I think he’ll do a wonderful job, but queen Elizabeth is on her own level,’ commented the mum.

‘He definitely has big shoes to fill, but I think we’ll see pieces of her through him, and I think he’ll do a great job.’