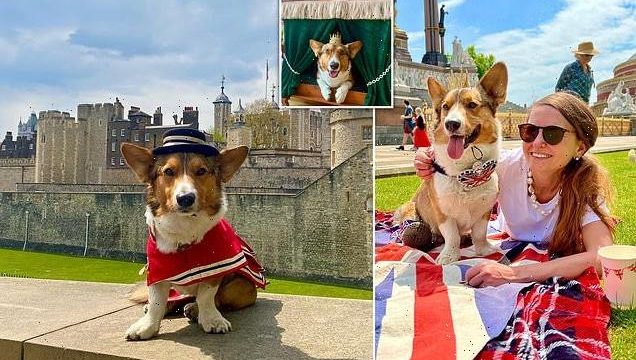 Corgi owners are planning a dog parade next month to commemorate the Queen and her lifelong love of the breed.

Queen Elizabeth II, who passed away at the age of 96 on Thursday, had more than 30 Corgis throughout her life after receiving her first pet, which she shared with her sister Margaret, at the age of seven.

After the Queen’s death was announced, royal fan Agatha Crerer-Gilbert, who attends parades with her Corgi Rufus, said she planned to pay tribute to the late Monarch with a special Corgi event. 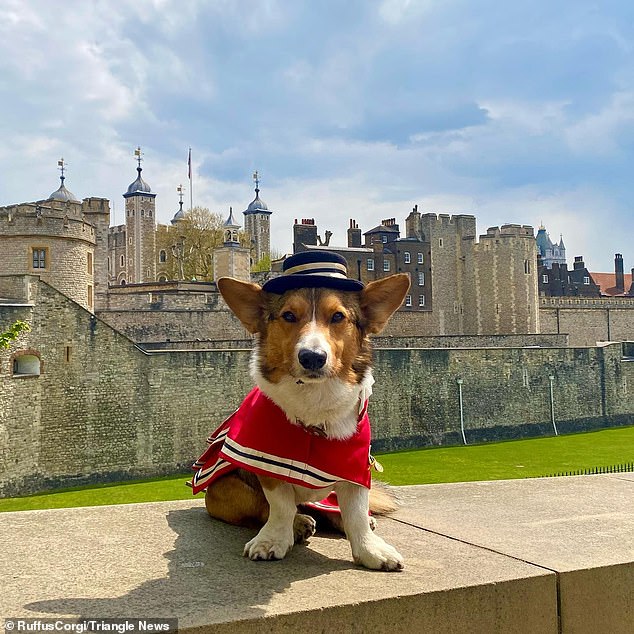 Corgi owners are planning a parade in the Queen’s honour after she passed away at the age of 96. (Pictured: Ruffus, the Corgi Beefeater outside the Tower of London) 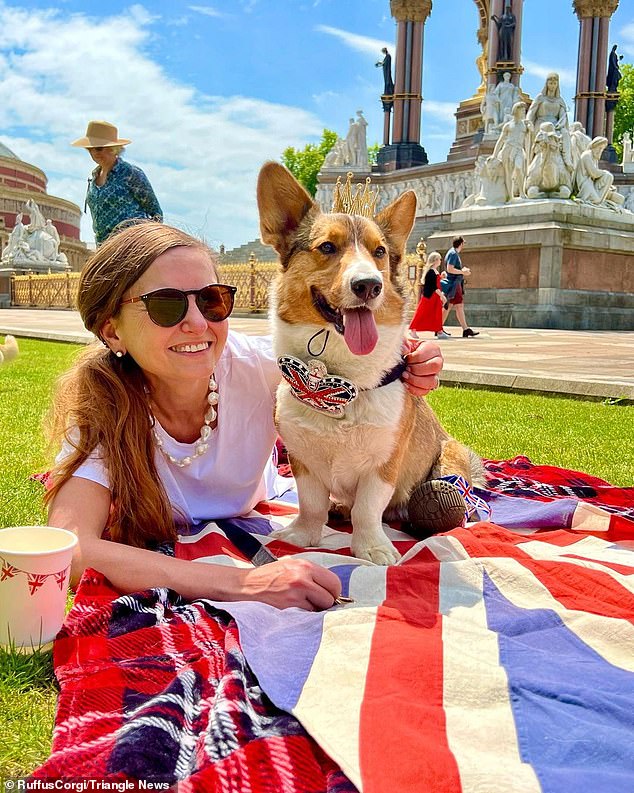 Agatha Crerar-Gilbert, a royal fan and Corgi enthusiast, claimed she used to send the Queen photos of Corgis (Pictured with Ruffus in Hyde Park) 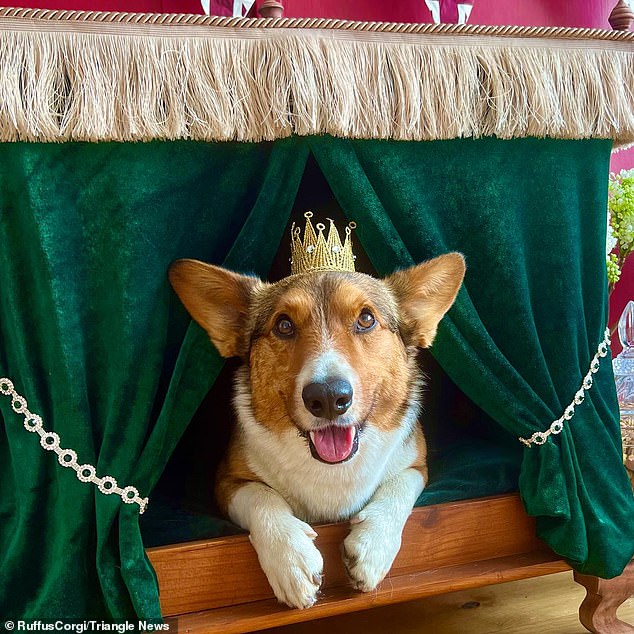 Agatha will expect her Corgi Ruffus to steal the show at the Corgi parade in memory of the Queen, which is expected to be held in October 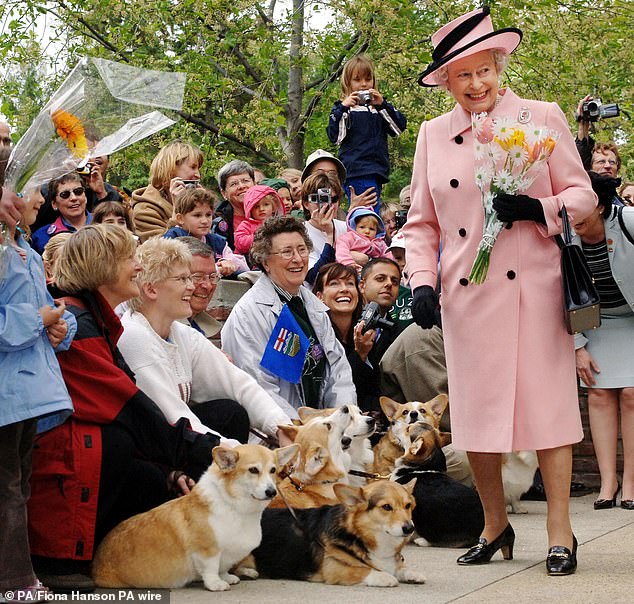 Queen Elizabeth II being greeted by local Corgi enthusiasts in Edmonton as she departs the Legislature Building during a tour of Canada.

She told Metro: ‘To celebrate the life of Her Majesty we are planning to organise Corgi gatherings at Buckingham Palace and other Royal estates. I used to send her Corgi photos and she always replied that she enjoyed them.’

‘Rest in peace – she’s gone to heaven to join all her Corgis.’

The parade is due to take place on 9 October, a month after the Queen’s death.

The world has come to associate the Queen with Corgis, and for 85 years, between 1933 and 2018, the Queen owned at least one Corgi.

Overall there was a total of 14 dynasties of the breed in the Royal household.

Her Majesty had owned 33 Corgis during her reign and was often pictured with the dogs out and about. 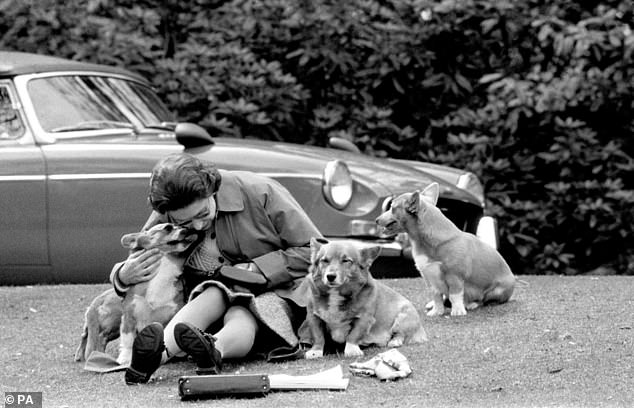 Queen Elizabeth II sitting on a grassy bank with her corgis at Virginia Water to watch competitors, including Prince Philip, in the Marathon of the European Driving Championship with her Corgis in 1973 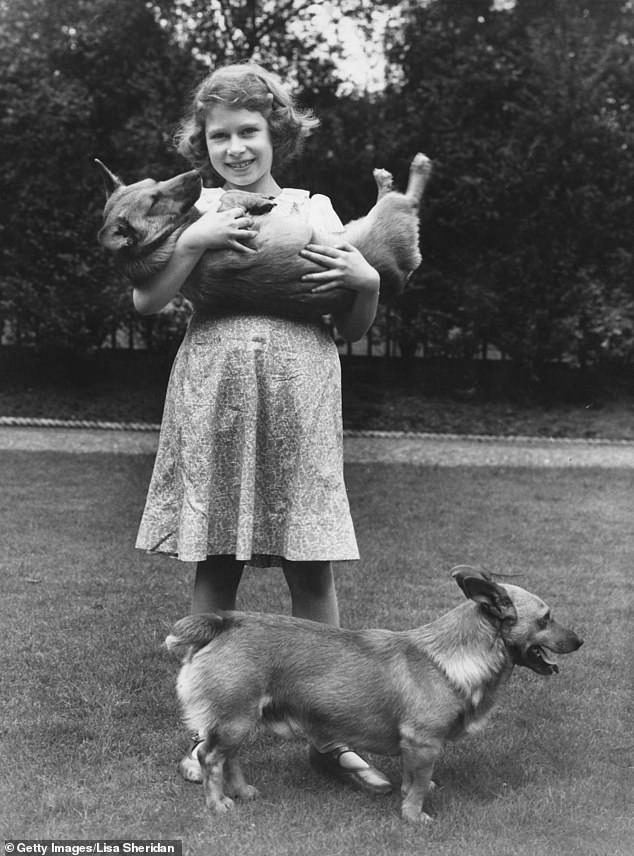 A young Princess Elizabeth prior to becoming Queen, with two corgi dogs at her home at 145 Piccadilly, London, July 1936

She also had a love of horses, and it has often been said by Royal commentators that if she had not been Queen Elizabeth would have enjoyed life ‘with her dogs and horses and been quite content’.

In 2022 she had two Corgis, a Dorgi (cross between a Corgi and a Daschund) and a Cocker Spaniel. The 10-year-old Dorgi called Candy is said to be the oldest of the bunch.

The Queen’s love of Corgis stretches back to her childhood, when her father King George VI bought Princess Elizabeth and her younger sister Princess Margaret a Pembrokeshire Welsh Corgi when she was seven.

King George brought one named Dookie home for her and Princess Margaret, after they played and fell in love with Viscount Weymouth’s own Corgi.

The King and Queen Mother tried to breed Dookie, and a few years later he had two puppies with another mate, who were named Crackers and Carol.

Susan the Corgi arrived in 1944 for the Queen’s 18th birthday, and they quickly became inseparable.

The Queen loved Susan so much that she joined the Monarch and Prince Philip on honeymoon in 1947.