Christie Brinkley once took her mom to Studio 54

Christie Brinkley, 67, on bikini photos: ‘If you’ve got great legs, show them’

We’ll have what she’s having.

Christie Brinkley rocked an itty bitty blue bikini by Melissa Odabash ($226) in a series of Instagram photos yesterday, with the 68-year-old posing on a stylish island cabana bed as she revealed she’s been getting her body ready for summer.

“I’m still working on my Driftwood Cabana and my bikini body… so If Im going to have a cocktail it’s def going to be my #zerosugar#zerocarb @bellissimaprosecco!!” the supermodel posted, referring to her brand of Prosecco.

Brinkley, who wore a beachy ankle bracelet as she raised her arms in excitement, shared that she’ll be appearing live on QVC at 5 p.m. tonight to promote Bellissima Prosecco. 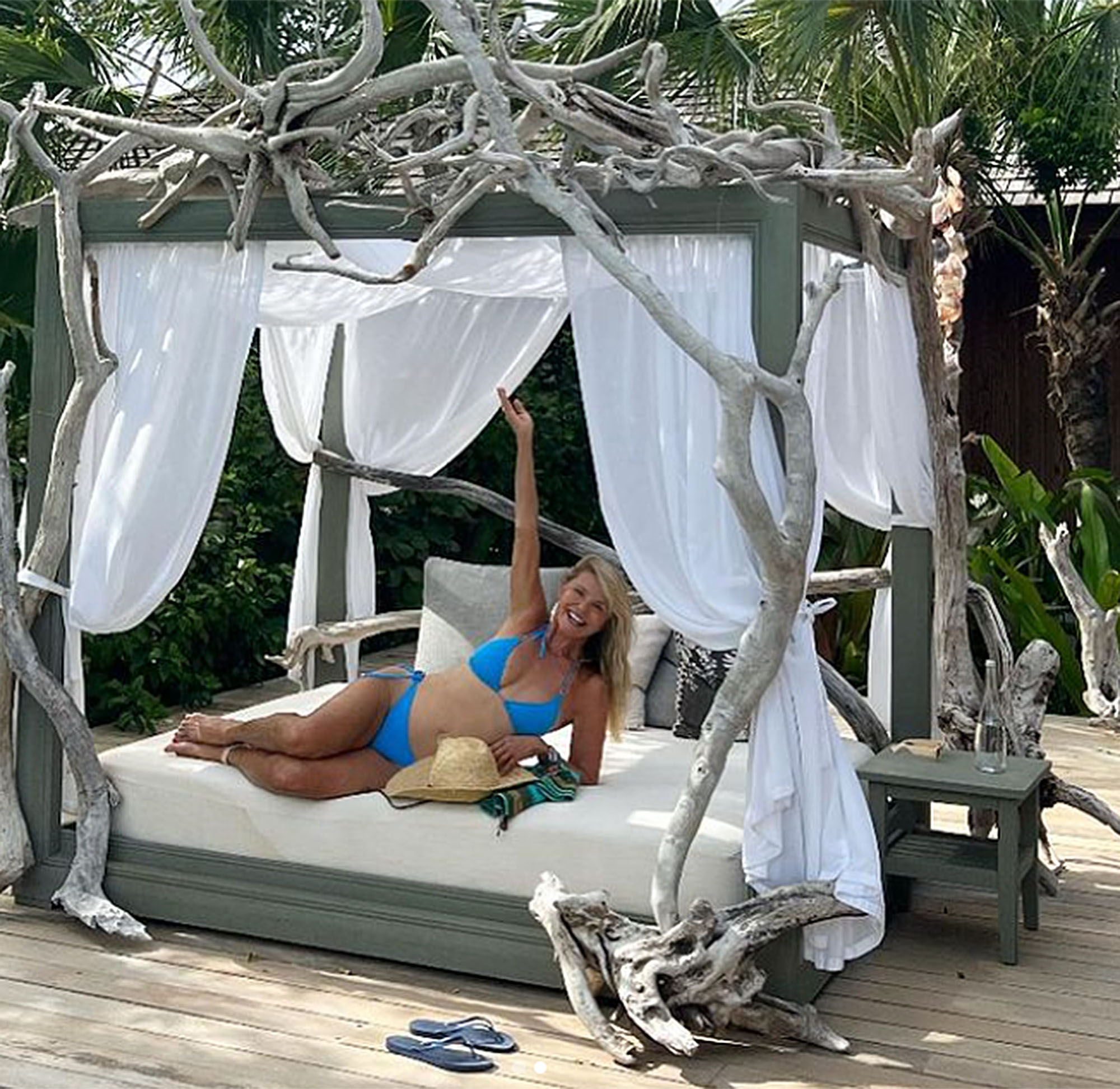 “I’ll be on @qvc with my bambinis which are our portable size 375ml bottles — approx 2 1/2 to 3 glasses — perfect for throwing in the cooler and for Summer entertaining!” she added.

Her Instagram followers were quick to comment on the stunning snaps, with swimwear designer Odabash — who also created the caftan Brinkley wore on Monday — writing, “How is it possible you still can rock a bikini like a 25 yr old you are such inspiration.” 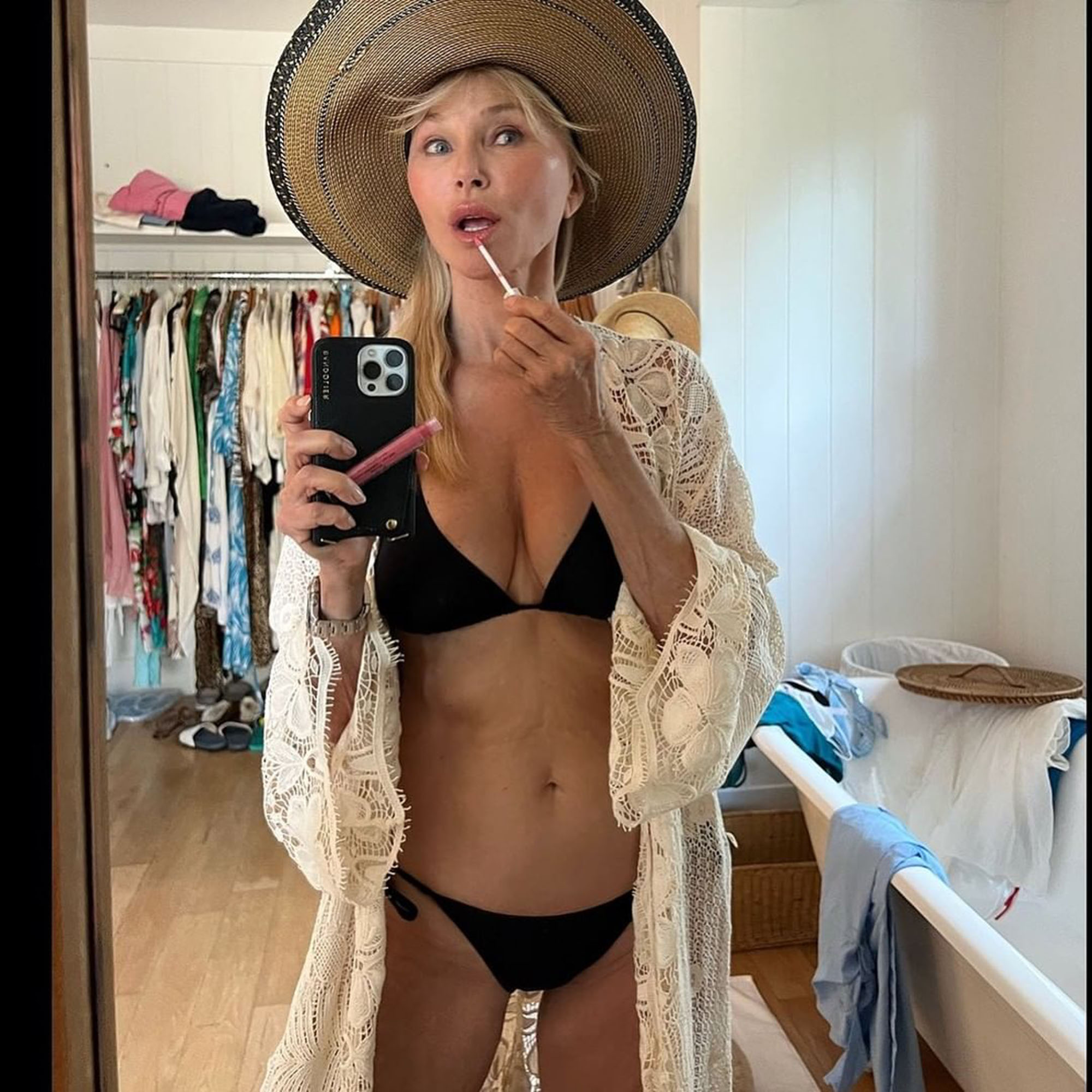 This isn’t the first time we’ve seen the model rock a bikini on Insta; she often posts photos of herself enjoying time in the sun, like the sizzling red swimsuit she wore in 2020 or the chic black style she wore in a mirror selfie back in January.

Showing that beauty is ageless, Brinkley has spoken out about continuing to wear bikinis in her sixties.

“I post these pictures because I hear from women my age all the time that say, ‘Thank you for changing the way people think about the numbers,’” she told Fox News in 2021.

“Everybody’s different, everybody’s unique,” she said. “But it’s like telling a gymnast she can’t do flips past a certain age. It doesn’t make sense. If you’ve got great legs, show them … Don’t be controlled by those numbers.” 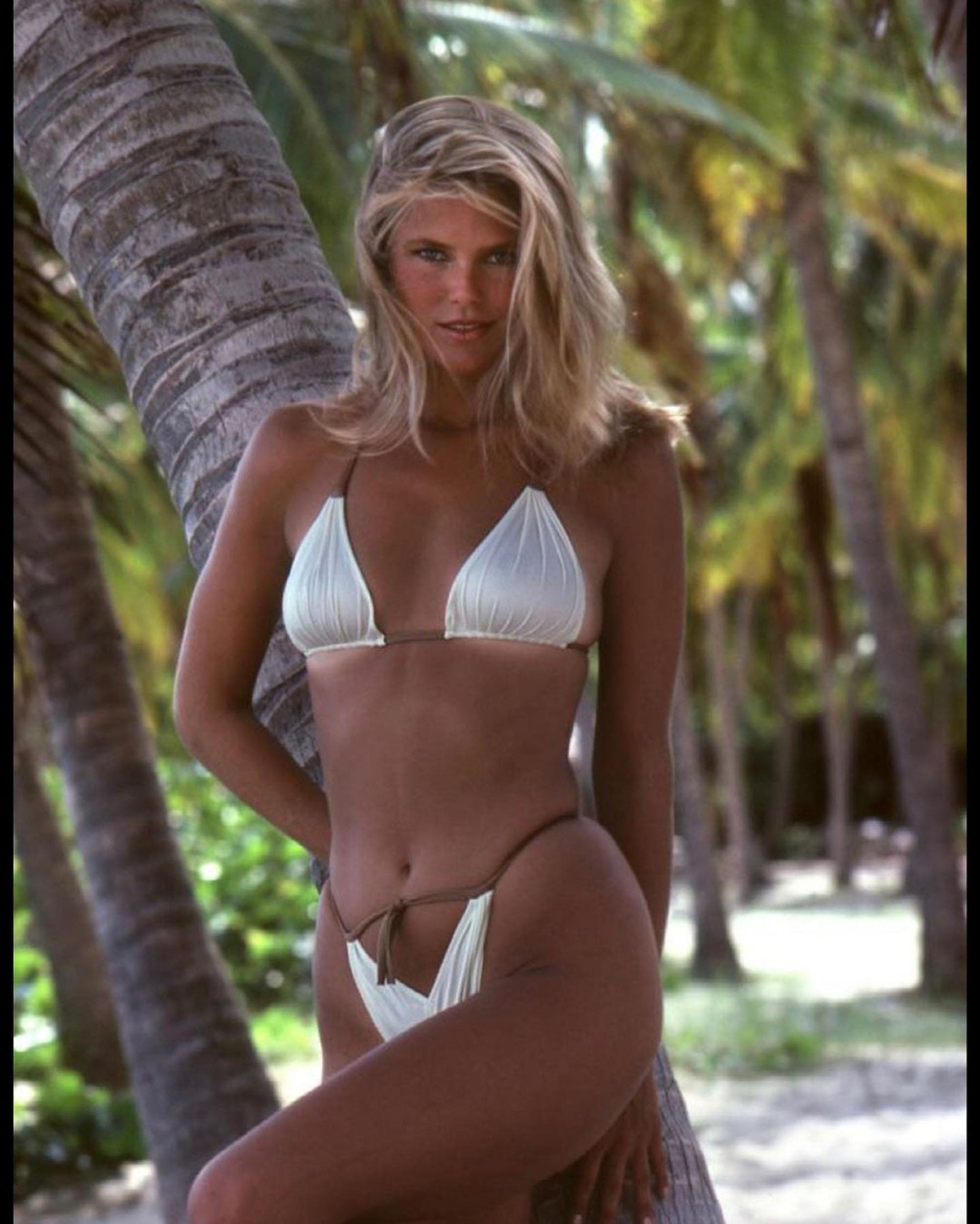