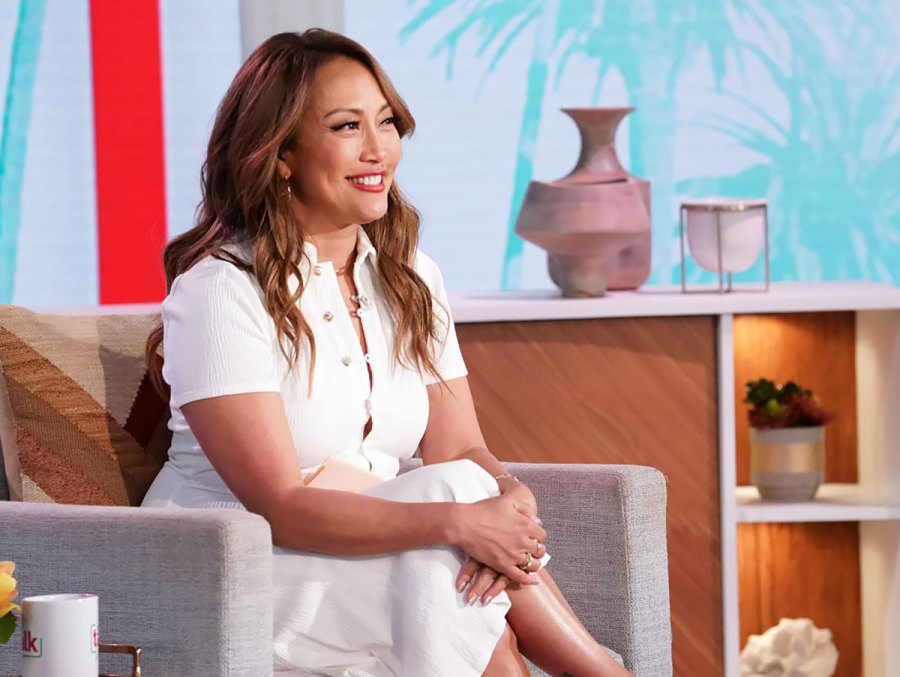 Musical chairs. Carrie Ann Inaba confirmed that she will not return to The Talk after initially leaving the CBS daytime show earlier this year due to health issues.

‘The Talk’ Hosts Through the Years and Why They Left

“I enjoyed my time at The Talk as cohost and moderator and I am grateful for the opportunity I had to grow with the entire Talk family as well as truly connect with viewers on such a personal level,” the Dancing With the Stars judge, 53, said in a statement to Deadline on Friday, August 20. “I will miss The Talk, but I am excited for the next chapter both for myself and for the show.”

Inaba also addressed her departure in a series of Instagram videos on Friday. “Live in gratitude for all that is, was and will be, and with that thought, I want to announce that today, The Talk, CBS and I have mutually agreed to part ways,” she began. “I just want to say that I’m filled with gratitude for the experience and for this chapter of my life that has been The Talk. I have made lifelong friendships, I’ve had incredible experiences and I’ve had wonderful discussions that helped me evolve as a human being.”

Shocking TV Exits Through the Years

She continued: “It’s been an honor to be a part of your lives and to have a voice. So I just want to say thank you from the bottom of my heart to not only my fellow cohosts, past and present, but also to those behind the scenes whom I love so deeply.”

Inaba then teased what is next for her. “With love and gratitude and respect, I wish you guys the best. To a great season ahead,” she said. “And to all of you who have supported me through this time, thank you so much. It’s been amazing. And I’ll see you very soon.”

In the caption of her post, the Hawaii native noted that it was “an honor” to follow “in the footsteps of two women I very much respect,” tagging former Talk cohosts Julie Chen and Sara Gilbert.

“Endings can be as beautiful as beginnings,” she concluded. “For now, let’s get the sequins shined up for @dancingabc Season 30!”

The Biggest Talk Show Controversies and Feuds Ever

Inaba, who suffers from autoimmune conditions such as lupus, rheumatoid arthritis, fibromyalgia, vasculitis and Sjogrën’s, originally stepped back from The Talk in April. “I have decided to take a leave of absence from The Talk to focus on my wellbeing,” she said in an Instagram video at the time. “I know you guys understand health is the most important thing.”

The choreographer offered an update in July, detailing via her Instagram Story that it “was not an easy decision” to leave the talk show but she was reminded that “everything will be alright.”

Inaba’s exit comes four months after Sharon Osbourne ended her tenure on The Talk amid controversy. Her departure followed her on-air defense of Piers Morgan after he was accused of being racist. Jerry O’Connell was named as her replacement in July.