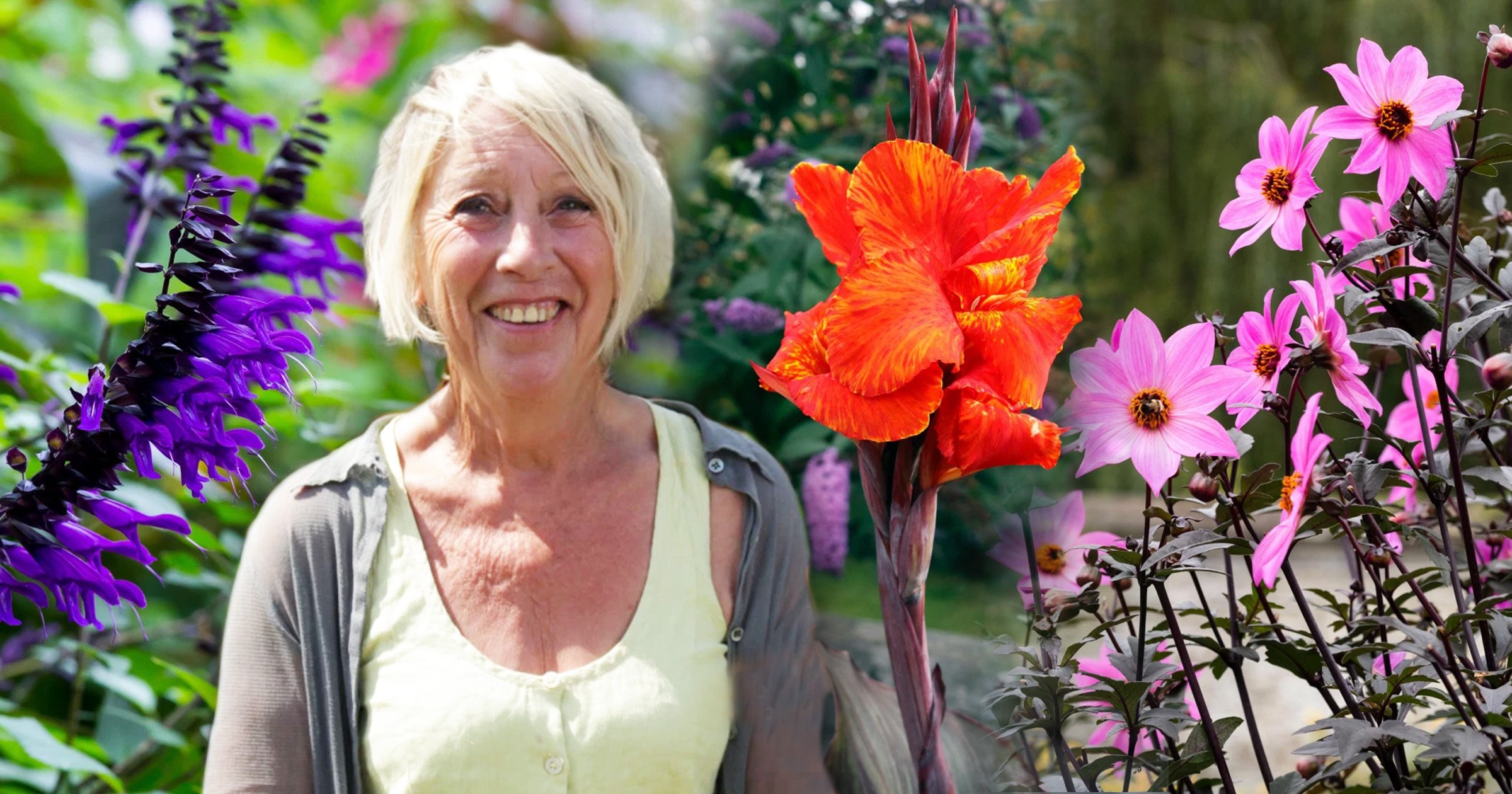 Carol Klein has visited scores of stately homes and castles across the UK in her quest to find the nation’s most remarkable and inspiring gardens – and her work is currently being showcased on Channel 5’s Great British Gardens on Monday nights.

From the epic splendour of Arundel Castle to the stunning borders of Wollerton Old Hall Gardens and the pioneering plantsmanship at Bressingham Hall, she has unearthed some of the country’s most treasured outdoor spaces.

But, she says, you don’t need acres of land to give your garden a dramatic stately home makeover.

‘Lots of people with smaller gardens often mistakenly believe they have to think small and pack restricted spaces with lots of little plants,’ says Carol.

‘It’s a much better idea to go bigger and introduce some drama to stop you, and your guests, in their tracks.

‘At this time of year you can buy plants that are already established for instant impact to create a spectacle. And there may be some end of line bargains to be had at garden centres, too.’

Here, Carol picks her top ten plants to add some instant drama to your garden this summer.

These exotic fast growers have big paddle-shaped leaves with beautiful stripes and magical orange flowers in late summer that almost look like silk.

Grows to 1.2-metres tall and looks great as a central plant in a sunny border or container. Such belting plants – come home from the garden centre with a plant that’s a foot tall and by the end of July it will have doubled in size.

One of the most spectacular salvias with its deep purple aromatic flowers which bloom from early summer to the first frosts.

It’s a dark and mysterious upright perennial that loves a sunny border and will grow up to 1.5m.

Teams up well with dahlias and cannas and also looks great with tall variegated grasses.

There’s a whole series of dahlias, which are big bushy plants with stunning dark bronze leaves and brilliantly coloured flowers which bloom continually from now to October.

The Magenta Star is gorgeous with beautiful single flowers, is a great container plant too and will grow to 60cm. They also make great cut flowers for a vase.

This striking variegated grass gives a real tropical feel to a sunny border and also looks great in the middle of a container.

The arching leaves have vertical green and white stripes which grow to five feet tall and will billow in the breeze for an extra bit of interest.

Flowers Oct-Nov but the drama comes from its incredible architecture.

For a more pastel aesthetic, these beautiful daisy-like flowers will bloom through the summer to autumn.

Growing to up to two metres it’s a very visible plant and if you are canny and head down to the garden centre at this time of year you might grab yourself some end of line bargains.

Loves full sun and great for cutting and putting in a vase.

Adds a touch of the woodland edge to any border or container – or grow it on its own for dramatic effect.

Its fronds are initially bronzy orange but change to green as they age. Looks great with other foliage plants like hostas and rodgersias and, as it’s evergreen, it looks good throughout the year.

Great for a shady spot as ferns are not happy in full sun. Keep moist but don’t overwater.

Hostas are grown for their big, beautiful leaves and there are none bigger than this.

Dramatic on its own or with other bold foliage like Ricinus or large-leaved ivies. Keep away from slugs. Much easier to keep in a container.

An English Shrub Rose which has all the attributes you want from a rose.

It’s robust and has large scented flowers of apricot yellow that are produced for months throughout the summer.

Will also grow happily in a large container – turn round every so often to ensure it grows evenly.

Looks good next to Geranium Rozeanne or viola cornuta.

We share our gardens, and even our window boxes, with lots of creatures and providing pollen and nectar for pollinating insects is important.

This has big orange daisies with dark centres which open from crimson buds and flowers way into autumn as long as you deadhead the flowers when they’ve finished.

Add a few petals to your salad.

Looks as good at it tastes, especially the rainbow variety. Large, shiny leaves develop quickly, many of them with coloured mid-ribs.

It is a wonderful foil for flowering plants such as rudbeckias and other daisy flowers.

One of the most accommodating vegetables to grow –start it from seed now (sowing one seed per module compartment) and plant out when big enough.

Great British Gardens with Carol Klein is on Mondays at 9pm on Channel 5. Instagram @the_carol_klein 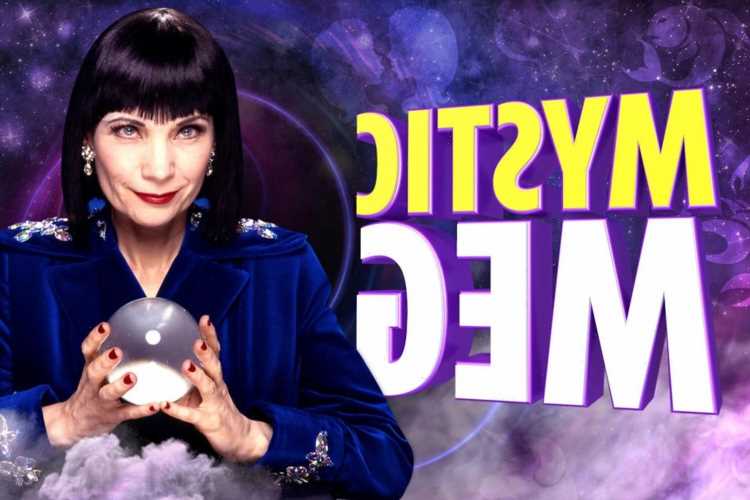 Horoscope today, Tuesday August 3: Daily guide to what your star sign has in store for your zodiac dates
Food & Drink News