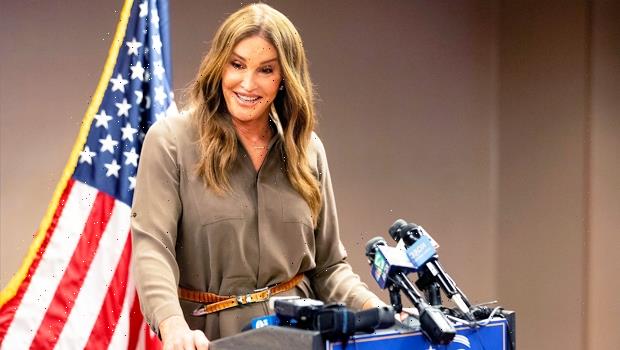 Caitlyn Dinner had a secret campaign dinner and party planner Amanda Orso reveals how she made the night extra special.

Caitlyn Jenner, 71, announced her run as a Republican candidate for Governor of California in April. And with the election getting closer, High Low Hostess and party planner Amanda Orso was brought in to help throw a lavish campaign dinner for the former Olympian, who was in awe when she saw the final product. “Caitlyn loved the napkins, which had been custom embroidered with her campaign logo,” Amanda told HollywoodLife EXCLUSIVELY of the dinner thrown on Aug. 18. “She hopes to use them for future campaign events and also as a personal keepsake. She also said she wanted to take photos of them with her dogs. She was tickled to see her campaign logo used in so many creative ways.”

Known for competing in the 1972 Olympic games as a decathlete and capturing gold, Caitlyn (formerly Bruce) is best known as the famous dad to daughters Kylie Jenner, 24, and Kendall Jenner, 25. Appearing on Keeping up with the Kardashians with her famous step-children Kourtney Kardashian, 42, Kim Kardashian, 40, Khloe Kardashian, 37, and Rob Kardashian, 34, the former husband of 20 years to family matriarch Kris Jenner, 65, announced to Diane Sawyer, 75, and the world that she was changing her name and becoming a woman in June 2015. “I’m so happy after such a long struggle to be living my true self. Welcome to the world Caitlyn,” she revealed online at the time. 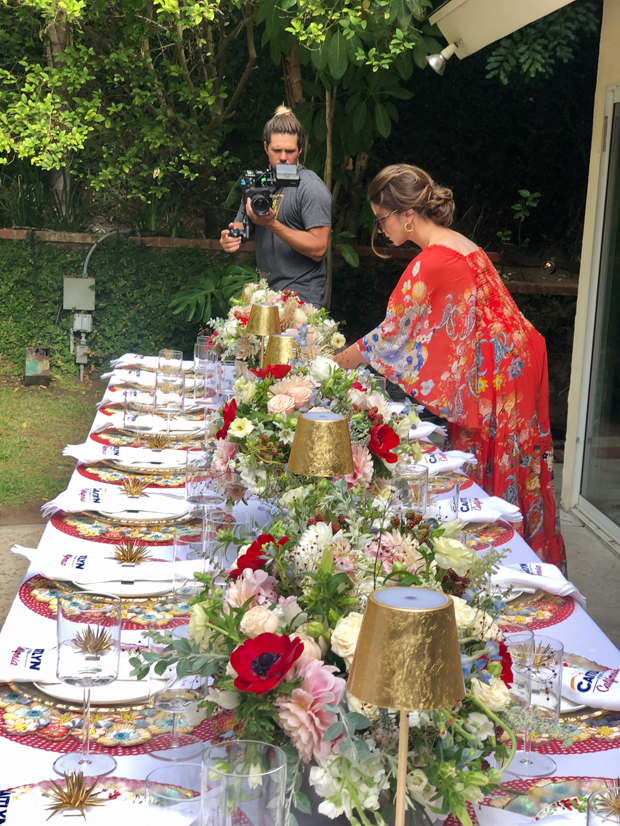 Although she has no political background, that didn’t seem to prevent thousands of dollars to be raised for the father of six during the outside party. “The backyard was transformed!” Amanda revealed. “Simple strung lights and gold-leaf cordless lamps created the perfect ambiance. The 6-piece band set the mood for a sophisticated but still not-so-stuffy event. People were requesting songs and really enjoying themselves from beginning to end. Because it was an intimate table, conversation was flowing with guests from all industries, backgrounds, and walks of life.” 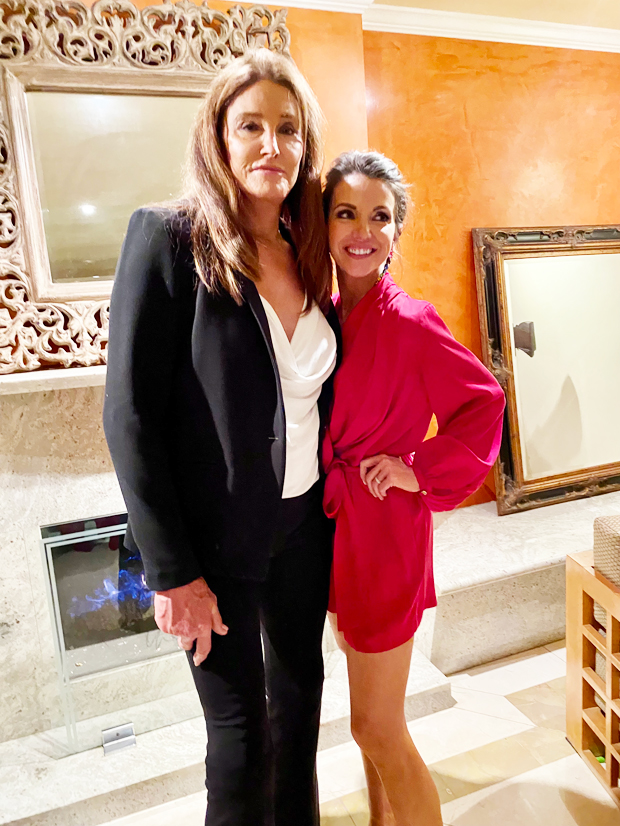 Caitlyn’s personal touches were included in every detail put together by Amanda for the intimate 20 person meal. “Caitlyn is easygoing but detail-oriented,” Amanda added. “She wanted to ensure the meal included some of her favorite Persian food! At the last minute, we swapped out a celebrity chef for catering by Shirin restaurant. We quickly redesigned and reprinted a new menu to be placed at each person’s setting, so we didn’t skip a beat. We learned one of her favorite California Cabernets and made sure it was served throughout the evening. We found a florist we know she has worked with in the past to be sure everything would be Caitlyn approved! The look for the night was “very California,” incorporating the state flower, the California poppy, and various vintage California maps throughout.

Of course, Caitlyn’s campaign logo, “Caitlyn for California,” also dictated the color scheme with red, blue, and touches of yellow and gold; and the custom-embroidered napkins pulled the entire table scape together. The gift bags were also adorned with her logo and consisted of all California made products– Full-size bottles of olive oil from LA based Brightland (whose labels include an artistic version of the California poppy), chocolate bars from Compartes in flavors ‘California Love’ & ‘California Dreaming,’ a ceramic mug filled with a scented candle from Wondery decorated with iconic-California illustrations, such as the poppy, the grizzly bear, and more. 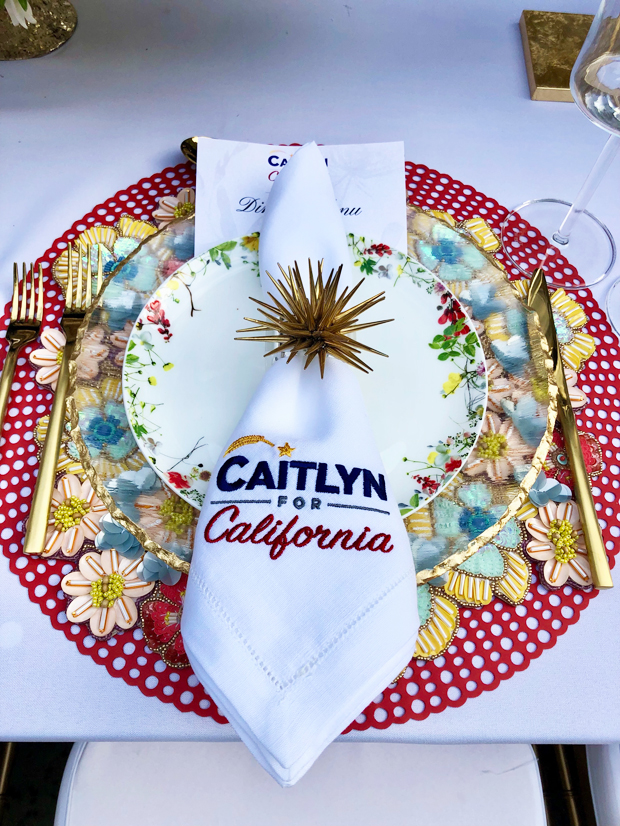 With celebrity guests such as Dr. Drew Pinsky and Caitlyn’s friend Sophia Hutchins in attendance, there were several special moments that stood out in the evening. “The most memorable moment was when the band asked for Caitlyn to request a song, and she said she wanted to hear the National Anthem,” Amanda said. “Everyone stood up, sang along, and used the linen ‘Caitlyn napkins’ to wave in the air. It was an exciting and very patriotic moment that really set the tone for the night.”