One day at a time. Britney Spears sent a message to her fans after she and fiancé Sam Asghari announced she suffered a pregnancy loss.

Britney Spears and Sam Asghari: A Timeline of Their Relationship

“I’ve never been more happy in my life … in the past several months since [my conservatorship has] been over besides my miscarriage!!!” the pop star, 40, wrote in a lengthy Instagram note posted on Thursday, May 19, alongside a photo of a pink flower in a teacup. “My spirit feels lighter and I genuinely laugh and smile now and my eyes are hungry for more each day.”

The Grammy winner continued, “I want to share my story for one reason and one reason only … to let people know you’re not alone and trust me I KNOW if you’re going through something and you feel so distant from everything … it’s hard to confront your mind and say … oh you’re not alone … it’s easier said than done, but I need to share through it all.”

Spears said she “hung onto” her positivity and the support of her fans as she fought to end her 13-year conservatorship, which was finally terminated in November 2021. “Although it was hard as hell I got through it !!!” she wrote on Thursday. “And the one thing I wish someone would have told me is you are not alone … my fans showed me so much love and assertiveness through it all … their hearts knew.”

The “Toxic” singer concluded, “There’s not a single day that goes by that I’m not aware of that and I’m so grateful to have my fans … remember you are not alone and God bless you all !!!”

Less than one week prior, Spears announced via her Instagram Story that she suffered a “devastating” miscarriage of her “miracle baby.” The Crossroads star is already the mother of Preston, 16, and Jayden, 15, whom she shares with ex-husband Kevin Federline, announcing last month that she was expecting her first child with Asghari, 28. 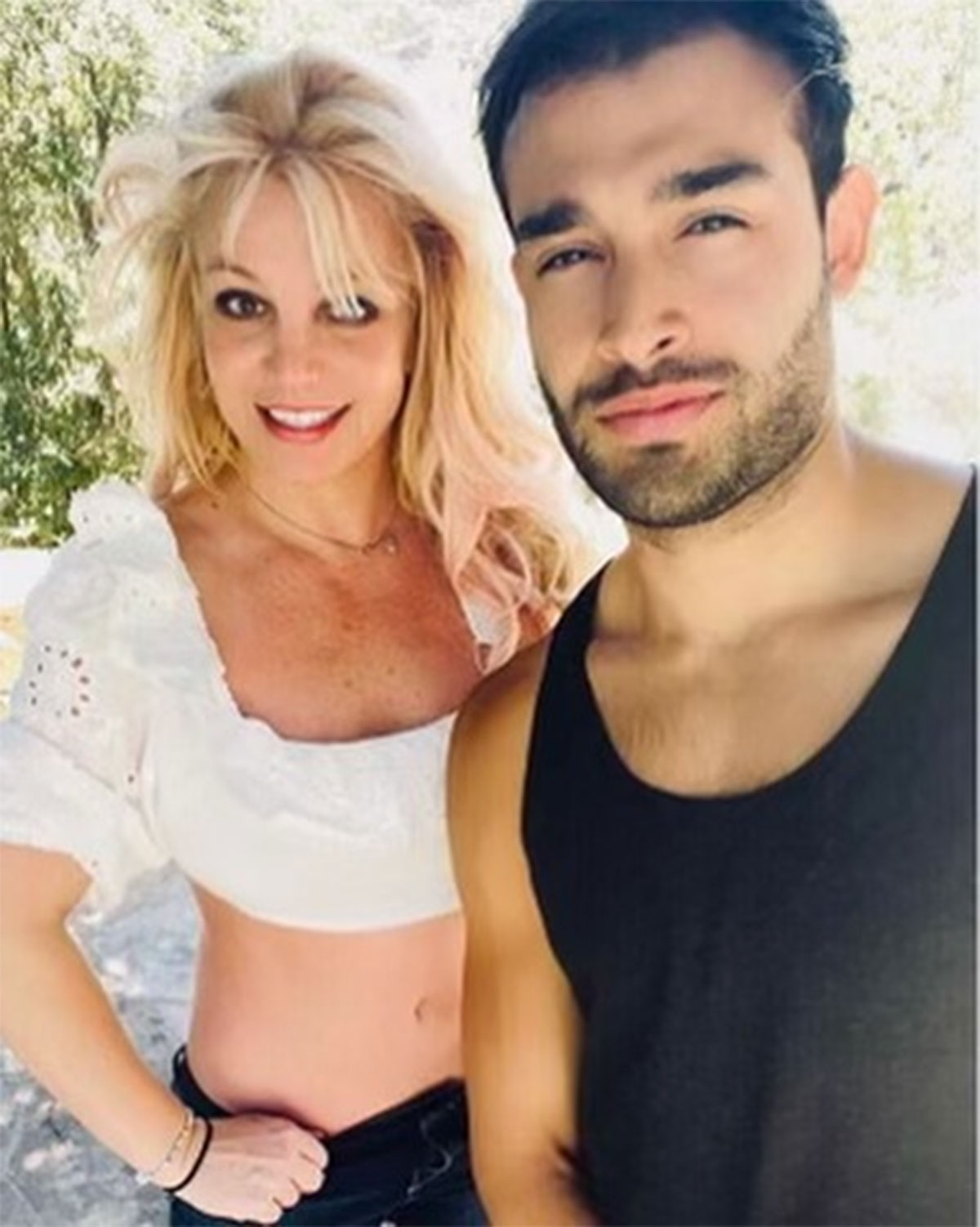 The couple, who got engaged in September 2021, noted in their joint statement on Saturday, May 14, that they were “grateful” to have a strong support system through their challenging time. “This is a devastating time for any parent,” Spears and the actor wrote. “Perhaps we should have waited to announce until we were further along however we were overly excited to share the good news. Our love for each other is our strength. We will continue trying to expand our beautiful family. … We kindly ask for privacy during this difficult moment.”

Britney Spears’ Ups and Downs Over the Years

While speaking about her conservatorship publicly for the first time in a June 2021 hearing, the “Womanizer” performer expressed her dream to welcome another child. “I was told right now in the conservatorship, I’m not able to get married or have a baby,” she claimed to the court. “I have an IUD inside of myself right now so I don’t get pregnant. I wanted to take the IUD out so I could start trying to have another baby. But this so-called team won’t let me go to the doctor to take it out because they don’t want me to have children — any more children.”

After announcing their struggle to conceive, Asghari promised fans that he and his fiancée weren’t giving up. “We have felt your support. We are taking things positively and moving forward with our future,” the Can You Keep a Secret? star wrote in a Monday, May 16, Instagram Story. “It’s hard, but we are not alone. … We will be expanding our family soon.”