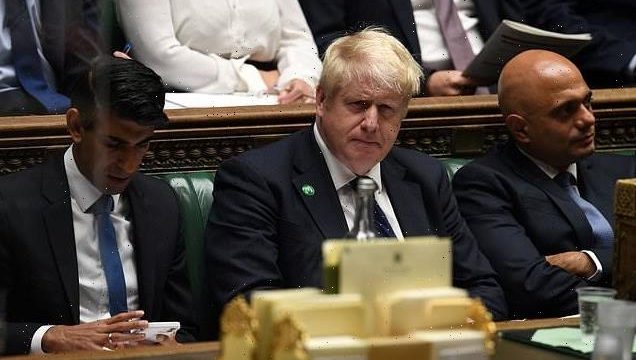 Boris Johnson’s 1,077-day tenure as PM is nearly level with Neville Chamberlain but behind Theresa May

The resignations of Rishi Sunak and Sajid Javid from Boris Johnson’s Cabinet come just hours ahead of the Prime Minister reaching a symbolic milestone in his time in Downing Street.

Mr Johnson is currently on the 1,077th day of his premiership: almost level with the 1,078 days spent in office by Neville Chamberlain, who was Conservative prime minister between 1937 and 1940.

Mr Chamberlain’s tenure in the top job came to abrupt end in May 1940, nine months into the Second World War, after he lost the support of many of his backbenchers who were critical of his style of leadership and his handling of the conflict.

During a debate on the conduct of the war in the House of Commons on May 7 1940, the Tory MP Leo Amery quoted at Chamberlain some words originally spoken by the 17th century politician and general Oliver Cromwell, who led the armies of parliament against the monarchy during the English Civil War: ‘You have sat too long here for any good you have been doing. Depart, I say, and let us have done with you. In the name of God, go.’ 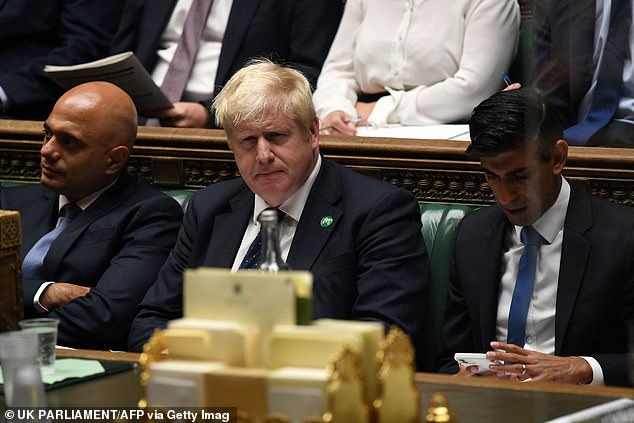 Boris Johnson has been Prime Minister for 1,077 days, but there are calls for his resignation after Sajid Javid and Rishi Sunak quit this evening 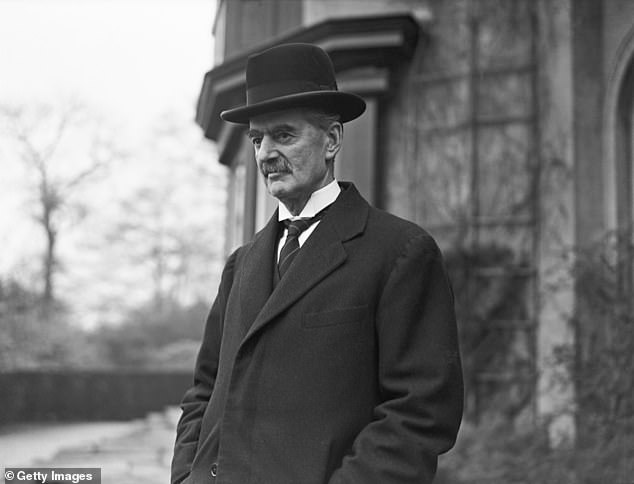 By tomorrow Boris Johnson will have been Prime Minister for the same length of time as Neville Chamberlain, 1078 days

The speech hastened Chamberlain’s downfall and three days later, after only narrowly winning a vote of confidence but failing to get support from other parties to lead a new coalition government, he resigned as prime minister.

The same quotation was directed at Mr Johnson by Conservative MP David Davis in the Commons on January 19 2022, in response to Mr Johnson’s involvement in the partygate scandal. 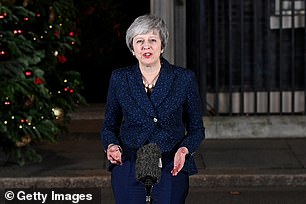 Theresa May was Prime Minister for 1,106 days

The Prime Minister needs to remain in office until Thursday of this week to be able to say he outran Chamberlain.

Once he passes Mr Chamberlain, the next prime minister on the list is Mr Johnson’s immediate predecessor, Theresa May.

To overtake her, Mr Johnson needs to remain as PM until August 4 this year.