Brendan Morais is a hot commodity on season 7 of ‘Bachelor in Paradise,’ and Demi Burnett was NOT happy to be rejected by him after making her arrival on the beach.

After night one on Bachelor in Paradise, Brendan Morais formed a connection with Natasha Parker. “I feel really confident about our connection,” Natasha said on the show’s Aug. 23 episode. “I feel the energy. The guys have the roses this week, and I would love to get Brendan’s rose. I’m hoping to see him more today and talk to him more today.” However, the romance was threatened when Demi Burnett made an unexpected arrival on the beach.

Demi came on day two, and she wasn’t shy about the fact that she was ready to “stir some s*** up.” The BIP season six alum was given a date card, and she wasted no time getting to know some of the guys. “If Demi asked Brendan on a date, I would feel like that sucks,” Natasha admitted. “My plans to hang out today would be ruined. Spending a lot of time together during a date is one-on-one time, that’s not great for me.” 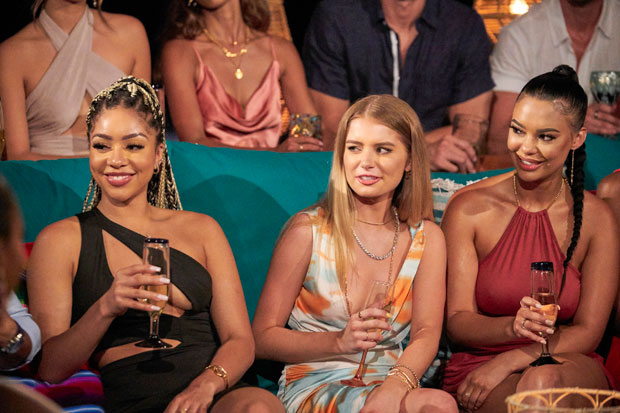 After chatting with a few guys, Demi set her sights on Brendan. “The sexual tension between us, I mean….I don’t know. It was so good. I want him!” Demi gushed. To Natasha’s dismay, Demi asked Brendan on the date, and he accepted. “I really could have used today to spend more time with him,” she revealed. You’re in Paradise, you want to spend time with the person you’re forming a connection with.” Natasha even began crying as she watched Brendan and Demi head off together.

“I feel like we were a vibe and I’m going to hope he remembers that,” Natasha added. “But in this current moment, I am very aware of my energy and I don’t want to bring this energy to anyone.” Meanwhile, Brendan and Demi had a blast jet skiing on their date. They even sealed the deal with a steamy kiss. “Today is not real,” Demi gushed. “Brendan is so sexy and I’m crushing so hard. I just want to spend time with him today and continue to explore and grow. Oh my God. My cheeks hurt from smiling too much.” 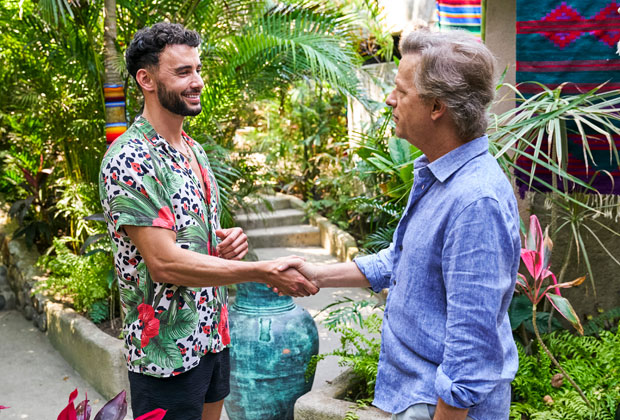 However, it did not appear that Brendan was on the same page. “I think you’re amazing and beautiful and I had an amazing time with you, but obviously I talked to other girls and formed certain things with other girls,” Brendan told Demi. “So we’re going to talk to other people and go on other dates and really see if our paths cross again on this journey.”

Needless to say, Demi was not pleased. “I feel weird. I feel very uncomfortable. I’m going to go out of my way to take you on a fun date, do all this stuff with you, and then you’re going to say I still want to keep my options open? My ego is very bruised right now.” Brendan assured Demi he had an “amazing” time with her, but just didn’t want any confusion about where he was at. “I”m the cream of the damn crop,” Demi insisted. “I’m the best there is on the beach that we’re at.” After getting “rejected” by Brendan Demi was more ready to “f*** everything up” than ever.

Back on the beach, the talk was all about Brendan, as well. The rumor mill starting swirling about his potential relationship with another Bachelor Nation alum, Pieper James. Before Paradise, the two were seen hanging out together in social media posts. “It’s kind of a game of telephone,” Abigail Heringer explained. “Everyone kind of has a different version of how serious they could be or if they’re even together. It’s just messy.” Of course, Natasha was appalled to hear that Brendan may have been dating someone else JUST before coming on the show, as well.