Mining giant BHP is accelerating its push into critical minerals projects in regional Australia to drive the shift to a clean economy as the Nationals seek guarantees from their Liberal colleagues that the bush will prosper under more ambitious climate targets.

BHP chairman Ken MacKenzie told the mining giant’s annual shareholder meeting in London on Thursday night the “Big Australian” was investing billions in so-called “future-facing commodities” such as copper and nickel needed for the global transition to net-zero emissions. 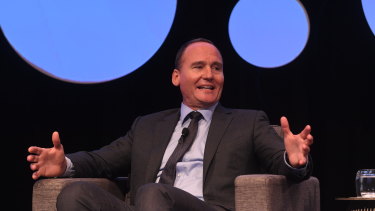 The Nationals will meet on Sunday to decide whether to back a commitment for Australia to reach net zero emissions by 2050. They argue emissions reduction policy cannot damage regional economies or jobs in fossil fuel export industries that are mostly located in their electorates.

The Liberal party needs the support of the junior Coalition partner to sign Australia up to a pledge for greater action ahead of a United Nations climate summit in Glasgow next month.

Assistant Trade and Investment Minister David Gillespie said on Friday the Nationals were “always looking to the future” but before endorsing any net zero policy, wanted a “detailed plan of how we’re actually going to live without disrupting our cities, our whole way of life and regional Australia”.

In a push to clean up its portfolio, BHP is seeking to exit thermal coal mining and has agreed to sell its global oil and gas assets to Australian energy giant Woodside Petroleum.

BHP chief executive Mike Henry said the company was plunging capital into large-scale critical minerals projects in Australia such as its Elliot copper project in the Northern Territory, Olympic Dam copper mine in South Australia and Nickel West operations in Western Australia.

BHP has held on to its metallurgical coal mines, needed to power steel furnaces, but the company said its analysis showed it would perform best if the world dramatically ramped up its cuts to emissions to tackle climate change and limit global temperature rises to 1.5 degrees above pre-industrial levels.

It expects the global push to electrify industry and reduce fossil fuel emissions to double demand for copper in the next 30 years and for nickel demand to quadruple.

Regional jobs and climate change are shaping as key issues in the upcoming federal election, due by May.

“We have all of the rare earth minerals and metals underneath our toes to feed the new energy economy. We need to tool this up to not only ensure a strong future for Australian mining – but a manufacturing renaissance for batteries and other low-emissions technologies to feed a world hungry with demand,” Mr Bowen said.

The federal government announced a $2 billion loan facility for critical minerals developers in September and Prime Minister Scott Morrison said they would be “fundamental to the future energy economy”.

“These projects also mean jobs in construction, infrastructure development and ongoing roles for the mining sector,” he said.