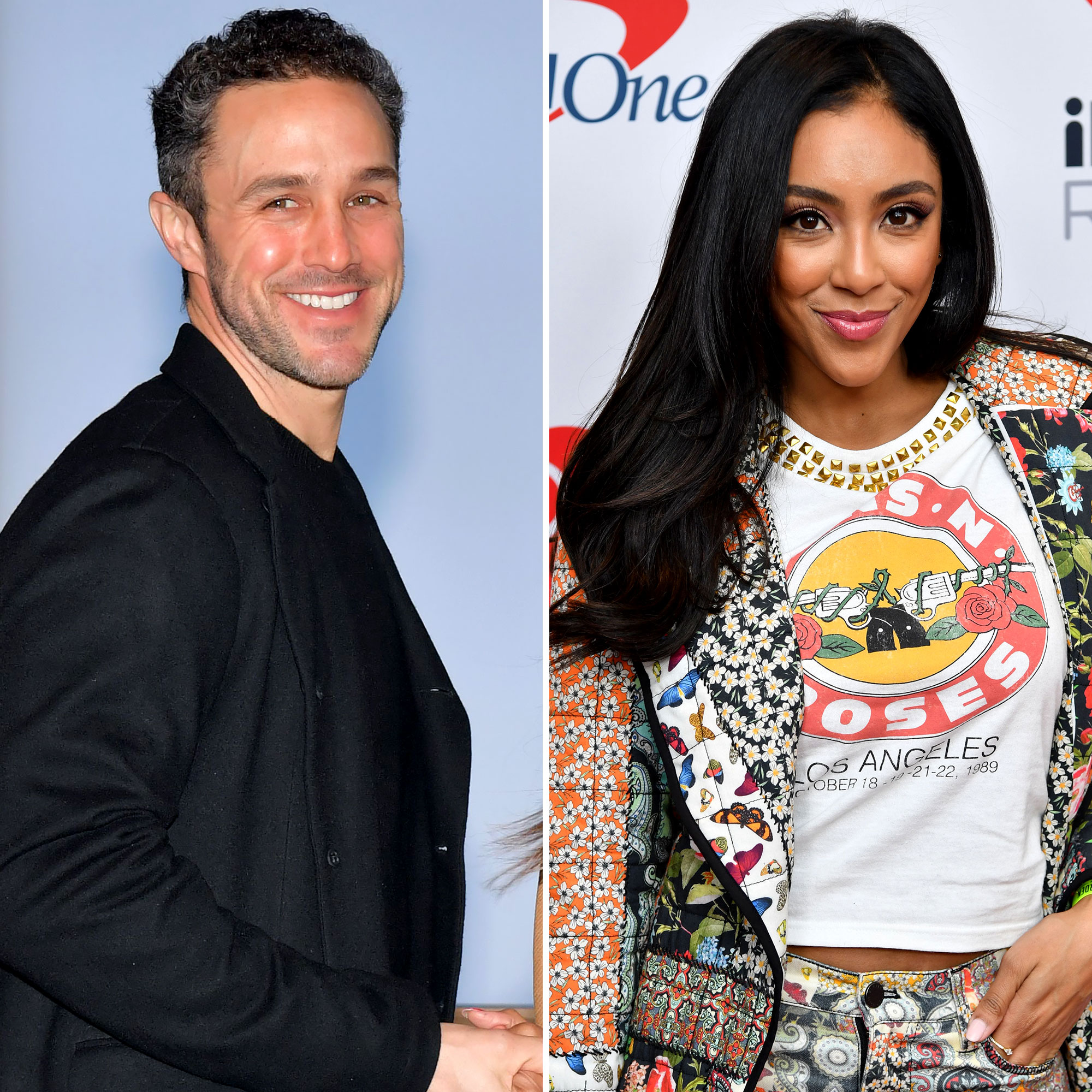 Focused on himself. Zac Clark is doing “fine” after splitting from fiancée Tayshia Adams, but he isn’t quite ready to get back into the dating game.

“He hasn’t started going on dates but is open to it,” a source exclusively tells Us Weekly, noting the 36-year-old addiction specialist’s friends have suggested he join an exclusive dating app like Raya. “They’re trying to help him move on.”

The New Jersey native, who fell in love with 31-year-old Adams while on season 16 of The Bachelorette in 2020, is hesitant about getting into a new relationship now that he’s a public figure.

“He gets excited about the idea of dating again but has trust issues from being in the spotlight,” the insider says. “His biggest fear is getting close to someone, breaking up and then that girl sharing with the world about their relationship.”

Bachelor Nation Couples Who Have Split in 2021

Clark wants to “build that trust with his next partner,” after his breakup with Adams became so public last year, per the source.

The exes, whose proposal played out during the ABC finale in December 2020, sparked split speculation in November 2021 after running the New York City marathon together earlier that month.

Adams raised eyebrows when she was spotted without her engagement ring while taping two “Bachelor Happy Hour” podcast episodes that month. She fueled split rumors on November 15 when she tweeted a cryptic message about trusting the process.

“Tayshia Adams and Zac Clark are no longer a couple,” a rep confirmed to Us the following week.

Tayshia Ditched Engagement Ring Ahead of Zac Split: Signs It Was Over

Days later, the California native broke her silence on the split during the December 6 Bachelorette: Men Tell All special. “All I have to say is that I’m heartbroken. But we tried really hard, and I still love him very much and I’m not sure what the future holds,” Adams told cohost Kaitlyn Bristowe. “You know how it is, it’s really tough.”

Through all the ups and downs, Clark has managed to stay focused on his career and maintained his sobriety.

“He’s working on Release Recovery and has some upcoming projects in the works,” the insider tells Us. “He’s still very much sober and has been hanging out with friends in the city. He’s been turning to friends and family for advice.”