The thirst is real! Bachelor in Paradise guest host Lance Bass didn’t know what to expect when he touched down in Sayulita, Mexico, but he certainly didn’t think the cast would be trying so hard to find love.

“I was surprised to see how real everything was, because, you know, those shows can probably get very heavily produced,” the former ‘NSync member, 42, told Us Weekly exclusively on Wednesday, August 18, while promoting his partnership with Spirit Halloween. “[I thought,] ‘They’ve been on the franchise before, it’s like they come in kind of like actors.’ Like, ‘OK, I know what y’all need. Let’s do this.’”

His illusions were quickly shattered, however, when he saw just how committed everyone was to the show’s premise. “They come in guns-a-blazing,” he quipped. “I mean, it is just so real. … I did not realize that you could really start falling for someone so quickly when you’re put in a setting like that.” 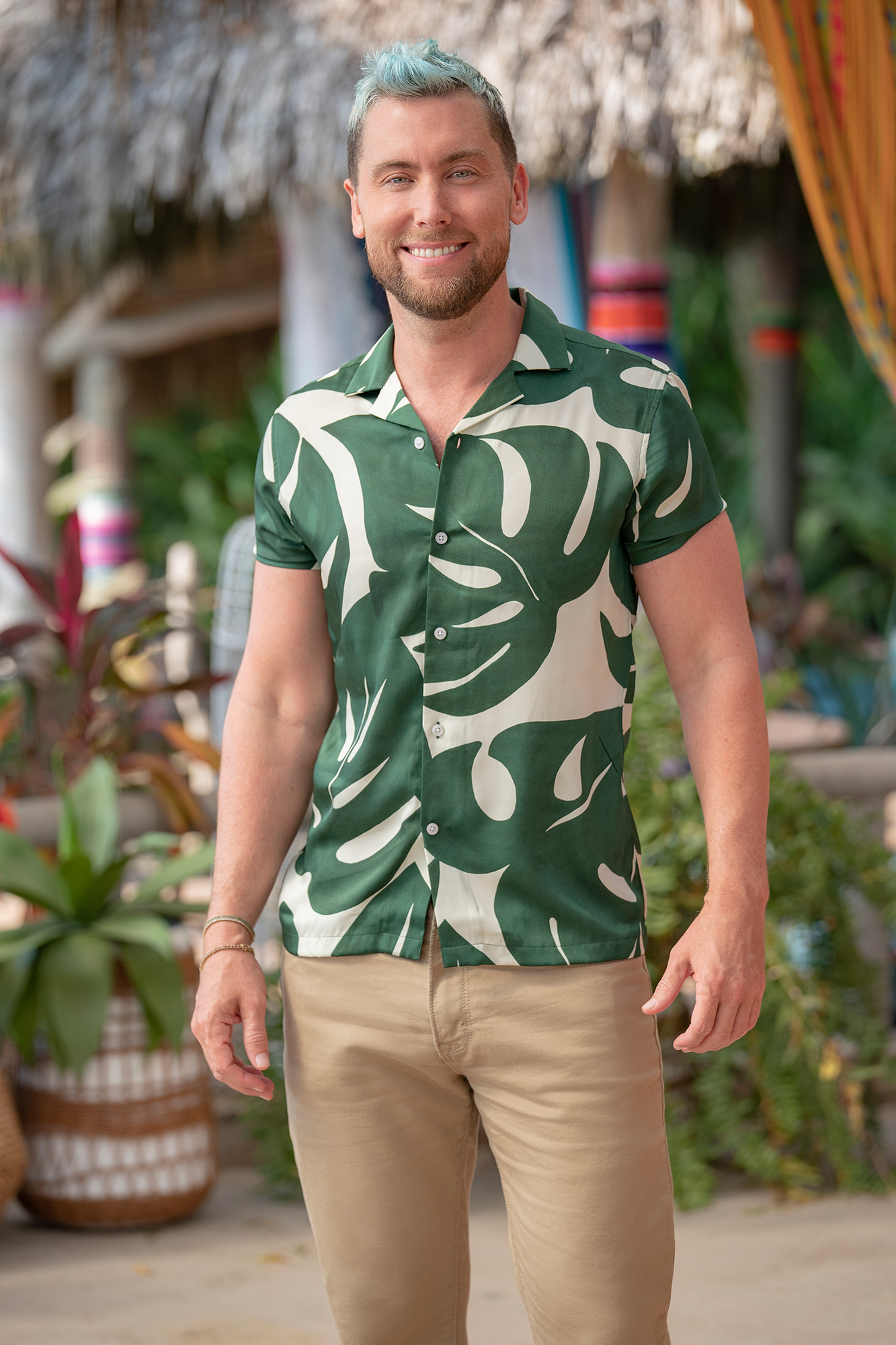 The Mississippi native said he’s seen every season of The Bachelor, The Bachelorette and Bachelor in Paradise, but Paradise has always been his favorite because you get to see multiple couples embarking on the journey to find love.

“Getting there was incredible,” he told Us of arriving at Playa Escondida. “I was like a kid in a candy store walking around, like, ‘Oh, my gosh, that’s Wells [Adams’] bar. Oh, my gosh, this is where this happened!’ … I was just, like, [a] super-deep fan that first few hours.”

‘Bachelor in Paradise’ Couples Who Are Still Together

The Out of Sync author couldn’t reveal much about who couples with whom, but he’s a huge fan of Joe Amabile, a.k.a. Grocery Store Joe. (Former Bachelor Nick Viall believes that he’s a strong contender to become the next Bachelor.)

“I love Grocery Store Joe,” Bass told Us. “He was so sweet, and he reminds me of so many of my exes that have that anxiety. I just feel for people that … just can’t get out of their heads. I think he’s just super sweet and he really deserves love.”

As for the crabs that fellow guest host David Spade so mercilessly mocked? The former boy bander says he’s not exaggerating.

“It’s true. Crabs everywhere — in my dressing room,” Bass said. “You couldn’t sit anywhere without sitting on a crab. It was great, but I love crabs. I think they’re awesome.”

‘Bachelor in Paradise’ Couples Who Got Back Together After Breaking Up

Now that his BiP gig is over, the pop star can turn his attention to another one of his favorite things — Halloween. He’s teaming up with Spirit Halloween as a judge in the search for the Halloween emporium’s Chief Spirit Officer.

Applicants can enter via video and/or photo submissions on Instagram, Facebook, Twitter or TikTok through Sunday, August 29, at 11:59 p.m. ET, using the hashtag #SpiritHalloweenCSOContest and tagging @SpiritHalloween. One winner will receive a $10,000 prize, free costumes for a decade and a social media hosting opportunity. For more details and entry information, visit Spirit Halloween.

With reporting by Mandie DeCamp