The economic and social divide between the haves and have-nots has far-reaching impacts on life, with first-time research revealing an Australian boy born into the most advantaged parts of the country will live almost nine years longer than one born into the most disadvantaged.

Compiled by the Australian Government Actuary for the Centre for Population, the research also confirms among girls that the home into which they are born has a vital impact on their lifespans that barely changes through the teenage, middle age and twilight years. 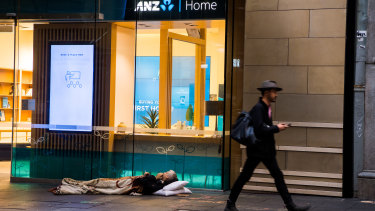 It has prompted health experts to urge the federal government to use the lessons of the COVID-19 pandemic, by providing a better “living wage” to the most disadvantaged to narrow the life gap across society.

The government actuary broke down average lifespans based on socio-economic background for men and women, at birth, at age 25, 65 and 85.

By age 65 the gap narrows to a little over four years and at age 85 there is still a gap, albeit eight months.

It’s a similar story among women. A baby girl born in the most socially-disadvantaged circumstances has an average lifespan of 81.2 years compared to 87.6 years for socially-advantaged girls.

At older ages, the data does not go to the quality of a person’s remaining years.

Public Health Association of Australia chief executive Terry Slevin said there were a number of factors behind the huge difference in average lifespans, almost all related to the differing circumstances faced by people in the least and most advantaged parts of the country.

Higher rates of smoking and obesity were issues as well as risk-taking (especially among young men).

Mr Slevin said the much higher payments given to low-income earners and the unemployed during COVID-19 showed lifestyle differences could be overcome by governments if they were committed to change.

“This is a real mirror to look into when we talk about Australia’s egalitarianism,” he said.

“We’ve just lived through COVID-19 where, for the first time in a long time, we gave those most disadvantaged a real living wage. People were able to see a doctor, see a dentist, put decent food on the plate.”

The research broke down the population into deciles of relative advantage. The biggest gap was actually between the bottom 10 per cent and 10 per cent above that. Among males and females, the gap between these groups was between 2.3 and 2.4 years.

The report noted this highlighted the “significant poorer experience” of the worst-off relative to everyone else.

Australian Council of Social Service acting chief executive Edwina MacDonald described the findings as disturbing, noting people on the lowest incomes or unemployed suffered higher rates of psychological distress and were at greater risk of chronic illness than those with higher incomes.

“When we know that people who are on the lowest incomes in Australia are skipping meals, rationing medications, living in poorly insulated homes and deferring medical treatment due to out-of-pocket costs, it is no surprise that this translates into lower life expectancy,” she said.

“As the wealthiest country in the world, it is inexcusable that we have not tackled preventable health inequalities. Far too many people have poorer health and life expectancy outcomes by reason of preventable economic and social disadvantage.”