Angela Simmons wants to get married and have more kids

Angela Simmons is launching her own skincare line

This “Growing Up Hip Hop” star is all grown up.

She paired the bikini with a matching button down worn off the shoulders, layers of necklaces and clear heels.

Fans and friends were quick to praise Simmons on social media, with Gabrielle Union commenting “Beautiful” and songwriter Angie Beyince writing, “I think it’s so amazing and so inspiring for you to show real bodies, in real life, in real time,” calling it “bold and brave.” 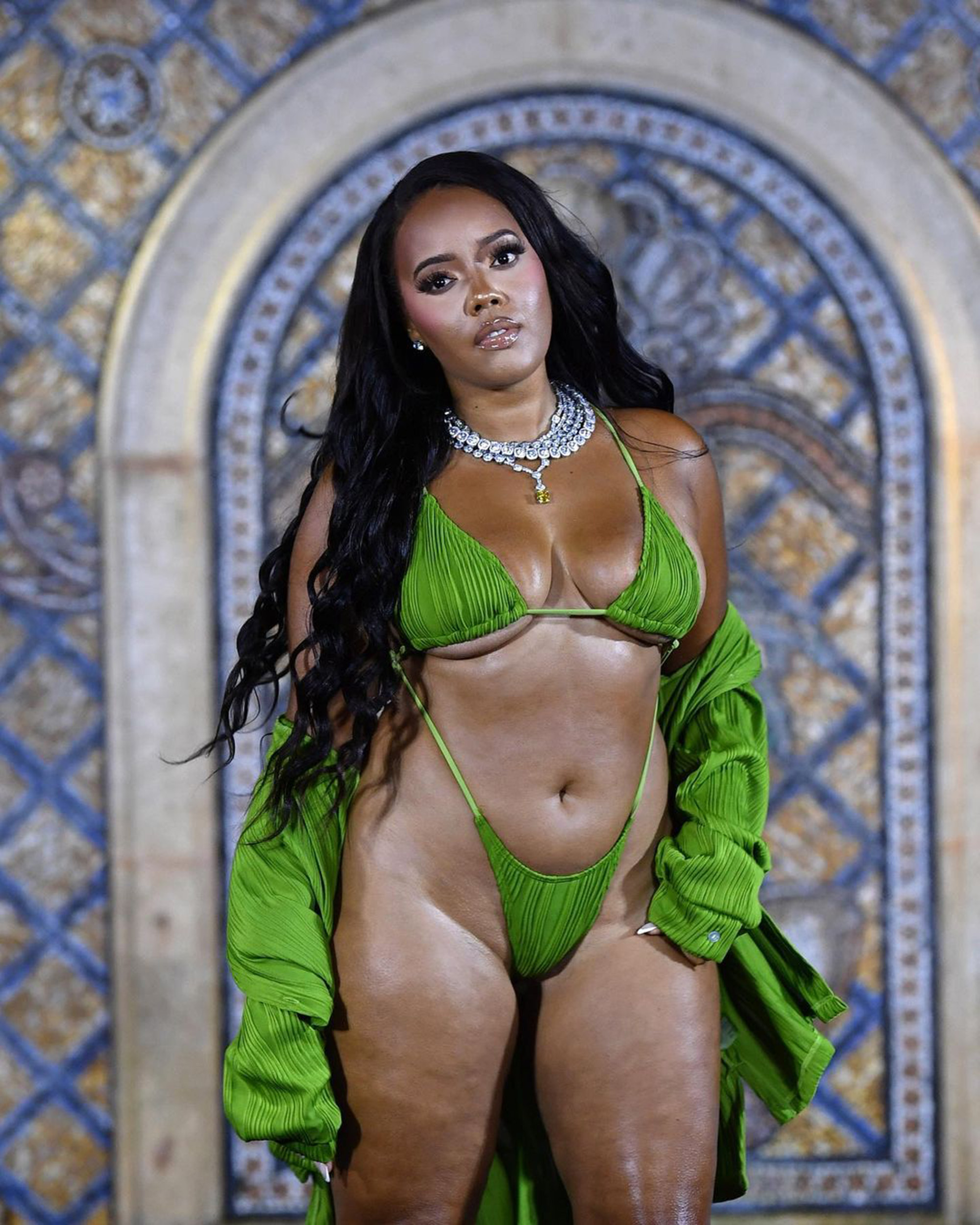 “I really love that Angela Simmons did this,” one Twitter user raved, adding that viewers are “programmed” after seeing Photoshopped pictures, “so people tend to make fun of how natural bodies are in reality lord knows I love my cellulite dips and marks.”

Commenters agreed. “So many altered bodies, ppl [sic] forget and don’t appreciate natural bodies.” Fans called her “beautiful and ALL NATURAL” and remarked people have gotten too used to seeing “surgical bodies.”

The reaction to the stunning photos also sparked some debate. “People saying ‘real bodies coming back in style’ after Angela Simmons dropped her raw photos is wild to me because what do y’all mean ‘back in style?’” one person tweeted, asking, “You know how many women out here rocking their real body and get body shamed?” citing Lizzo as an example.

A few people had trouble coming to terms with Simmons being all grown up. One tweeted, “I’m at the age where Angela Simmons fine af but i grew up loving her dad so I don’t know what to do with these feelings 😂😂😂😂😂😂😂” referencing her dad, Joseph Ward Simmons, better known as Run-DMC founding member Rev. Run.

But at 34 with a five-year-old son, Simmons is definitely all grown up and unafraid.

“I do not feel any pressure to look a certain in Hollywood or to be a certain size. I’m gonna be who I am,” Simmons told Page Six Style in May 2020.

“I want people to know ‘perfect’ is not perfect. I looked at myself one day and I said, okay, maybe I have cellulite. Maybe I don’t have this perfect body. But I am perfectly healthy and I love myself, so there’s nothing wrong with embracing a roll.”