Opera Australia CEO Rory Jeffes is quitting his role less than four years after taking on the top job. 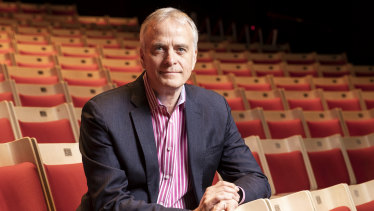 In an email to staff he said it was “very much a personal decision” that was in part due to pandemic disruptions that have influenced his “future priorities”.

He said OA would need consistent leadership over the medium term to rebuild after the COVID crisis.

“I am not able to make that commitment, again for both family reasons and shifting priorities,” he added. “It has been an extraordinarily difficult decision but one I believe is objectively in the best interests of the long term for OA.”

Mr Jeffes’ decision comes against the backdrop of extraordinary disruption and internal wrangling at Opera Australia, brought on by the pandemic.

In September, the company announced widespread job losses that included sacking a quarter of the playing staff as well as axing roles in lighting, manufacturing, chorus and administration.

The move sparked widespread outrage and condemnation from current and former players as well as from the Media, Entertainment & Arts Alliance.

At the time, artistic director Lyndon Terracini said the disquiet was coming from only a minority of players and that “90 or 95 per cent of the orchestra just want to get back to work”.

“There are some people that are agitated or agitating and it’s unfortunate,” he said. “It doesn’t do the orchestra any good whatsoever.”

Mr Jeffes said that past year had been one of complexity “like no other”.

“Across that time so many people within OA have worked with incredible dedication to ensure that, when it was possible, we could get back on stage and do what we do best,” he continued in his email. “It has been humbling to see that passion translated into sheer determination across the past 12 months – set amidst the hopes and fears for how the impacts of the crisis would, and will continue to, unfold. You are an extraordinary bunch.”

He said the board was “sorry to be losing Rory and, in due course, will be saying more about his contribution to the company”.