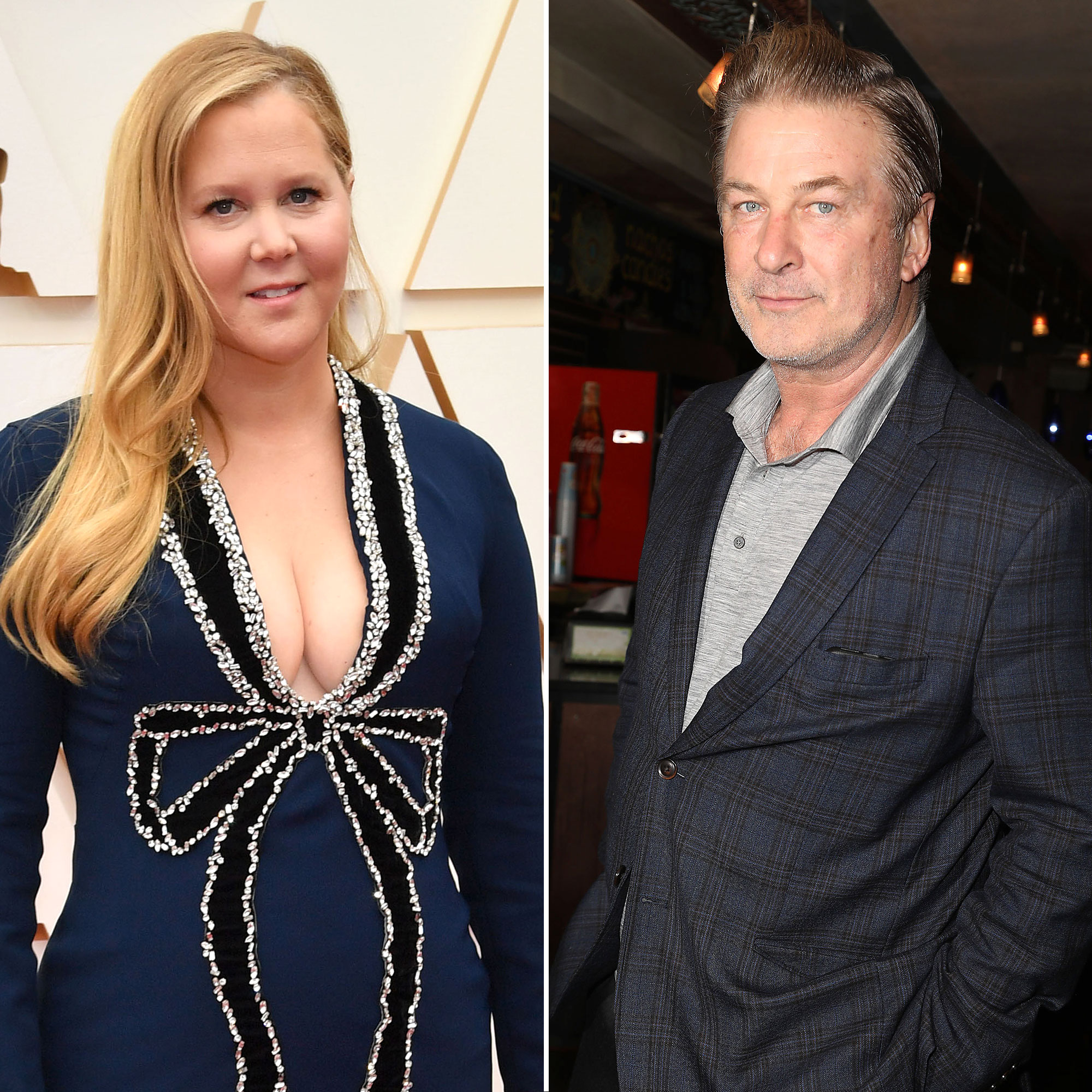 Walking it back? Amy Schumer is seemingly clearing the air after revealing she was told not to joke about Alec Baldwin‘s Rust incident at the 2022 Oscars.

The Trainwreck actress, 40, shared a screenshot of an article via Instagram on Tuesday, April 12, claiming in the caption that the headline about her moving to the West Coast with husband Chris Fischer was “not true.” Schumer went on to address another piece of news that recently raised eyebrows.

“I also was never going to say the Alec Baldwin joke at the Oscar’s [sic]. But I am saying anything I want at my live shows,” she added. “Hope you come out.” 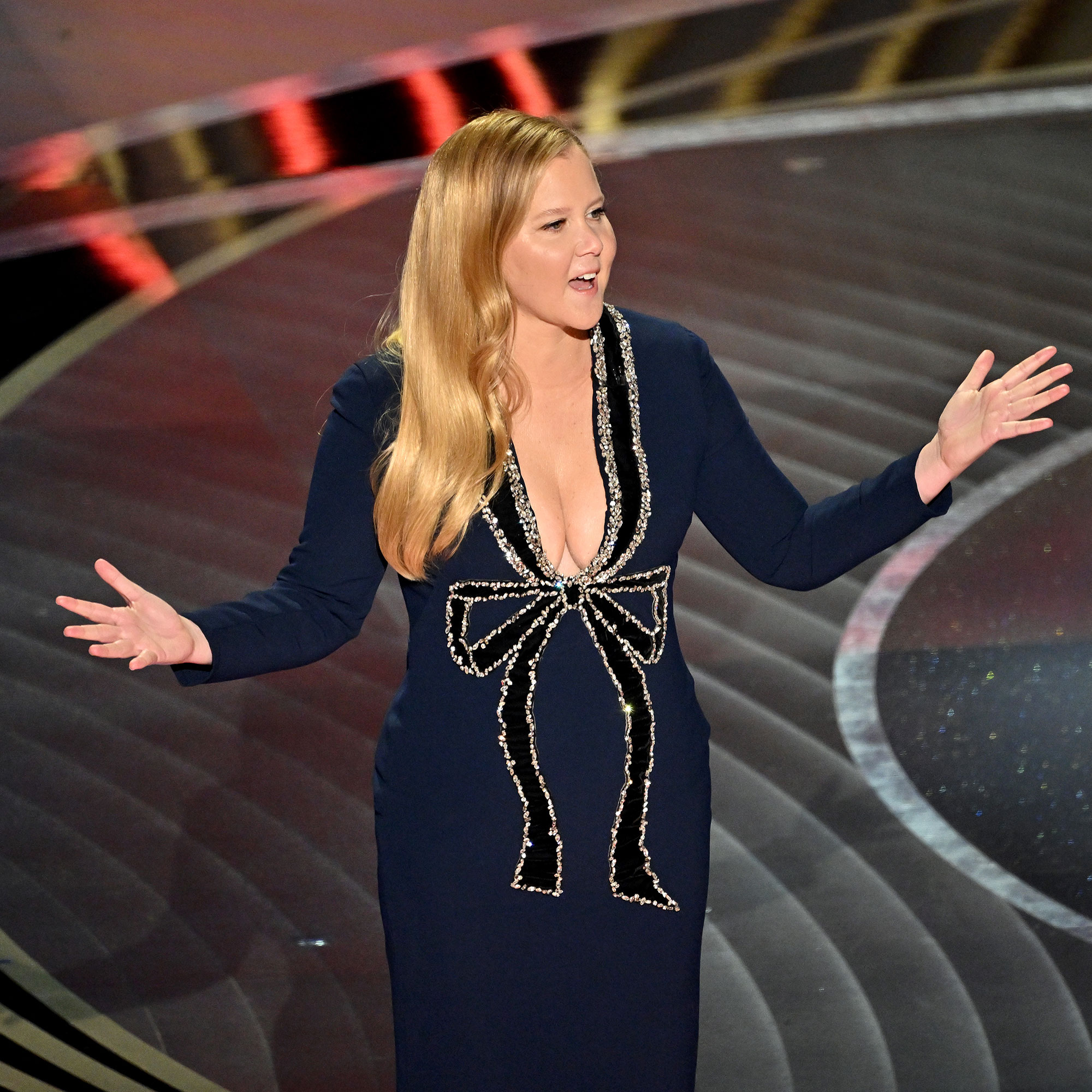 Schumer cohosted the 92nd annual Academy Awards in March with Wanda Sykes and Regina Hall, but some viewers felt the women’s funny moments were overshadowed by the altercation between Will Smith and Chris Rock. Days after the ceremony, the Inside Amy Schumer alum discussed the drama during a stand-up comedy set in Las Vegas.

Alec Baldwin ‘Rust’ Shooting: Everything to Know About the Tragedy

“It was just a f–king bummer. All I can say is that it was really sad, and I think it says so much about toxic masculinity,” she told the audience on April 2, before sharing the material that was allegedly cut from her awards show script.

The Tony nominee continued, “I want to preface these Oscar jokes by saying that my lawyer said not to say these. Don’t tell anybody and don’t get mad at me. Don’t Look Up is the name of a movie? More like don’t look down the barrel of Alec Baldwin’s shotgun. I wasn’t allowed to say any of that, but you can just come up and [slap] someone.”

Baldwin, 64, was filming the western movie Rust in October 2021 when a prop gun was misfired on set, leading to the death of cinematographer Halyna Hutchins. Director Joel Souza sustained injuries from the incident but has since recovered.

Months after the tragedy, Us Weekly confirmed that Hutchins’ family filed a wrongful death suit in February against Baldwin and others involved in the production. The 30 Rock alum, for his part, has maintained that he didn’t pull the prop’s trigger.

“I would never point a gun at anyone and pull the trigger at them. Never,” he claimed during a sit-down interview with ABC in December 2021. “I have no idea [how a bullet got in there]. Someone put a live bullet in a gun. A bullet that wasn’t even supposed to be on the property. … I think back and I think, ‘What could I have done?’”

Bode Miller and More Celebrity Parents With the Biggest Broods

Before Baldwin broke his silence on the tragedy, a source exclusively told Us that the actor was “devastated” by Hutchins’ death. “Alec is trying to make this mistake right,” the insider said in October 2021. “When he’s not stricken with grief, he’s trying to make amends.”

“I was just so angry to see him talk about her death so publicly in such a detailed way and then to not accept any responsibility after having just described killing her,” Matt, who shared 9-year-old son Andros with Halyna, said in February. “The idea that the person holding the gun and causing it to discharge is not responsible is absurd to me.”