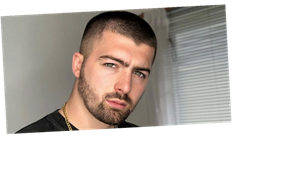 Want the most up-to-date celebrity exclusives sent straight to your inbox every day? Sign up now and join the club!

We are used to Tom Malone Jr keeping us entertained on Gogglebox alongside his famous family.

However, the star has just announced he is quitting the hit show, revealing he is leaving the series to pursue further TV projects.

In a statement on Instagram, he wrote: “So after 6 and a half years it’s finally time to put down the remote, and to say goodbye to Gogglebox." followed by a TV emoji.

Get exclusive celebrity stories and fabulous photoshoots straight to your inbox withOK!'s daily newsletter. You can sign up at the top of the page.

The star, who recently dished out show secrets, continued: “I’ve loved every minute and I’m eternally grateful to @channel4 and @studiolambert for allowing me to be a part of the show.

"But new opportunities are knocking on the door and it’s time to explore them."

But as we wait to see what he does next, here is everything you need to know about the star’s life away from our screens…

Who is Tom Malone Jr dating?

Tom is dating a gorgeous model by the name of Bryony Briscoe.

The brunette beauty is very glamorous, and often posts images of her jet set lifestyle on Instagram for her 23.5k followers.

She has fronted campaigns for major brands including PrettyLittleThing and Pink Boutique.

Where does Tom Malone Jr live?

The Gogglebox star spent much of the previous lockdown away from his girlfriend Bryony.

Due to filming the hit Channel 4 show the 26 year old had to move back in with his parents to adhere to coronavirus regulations.

However, back in December he was reunited with his stunning model other half, and the pair have moved in together in Manchester.

The media personality took the chance to show off the space, with a snap of himself and Bryony enjoying a glass of bubbles.

They are sat on a stylish grey material sofa, with a patterned grey blanket.

The walls are painted a light cream colour, and they have a large wooden coffee table in front of them.

Tom captioned the image, writing: “To new a home and new beginnings”.

What is Tom Malone Jr's job?

Tom works as a freelance model and street dance choreographer.

The reality TV star is trained in locking and breaking, ballet and tap.

He has previously performed with Rita Ora, Fergie and Wiley.

His dance crew, Ruff Diamond, came runner-up on Sky One's Got to Dance back in 2013, However he now dances with Soul Mavericks.